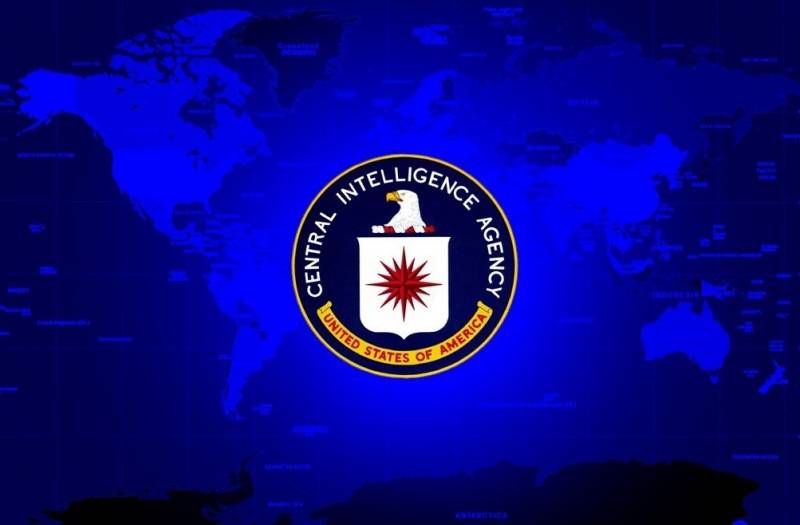 The other day, as usual, two important events took place almost simultaneously regarding the “struggle for hearts and minds”, or rather, its organization.


On November 23, a resonant material appeared in the American Wall Street Journal about the CIA's new approach to recruiting agents in Russia. According to Marlow, Operational Director of the Office, from now on the office is moving practically to direct hiring: if you want to work for Uncle Sam, fill out the form on the website and wait for an answer, just like on a regular job exchange.

And on November 24, the State Duma adopted a package of amendments to several dozen laws concerning the status of a foreign agent in Russia and the corresponding restrictions. The most "noticeable" of them relate to the media. Now, not only all kinds of “mouthpieces” and “voices”, who are entirely sitting on foreign funding, should mark themselves as foreign agents, but also any other media cooperating with foreign agents-individuals in any order; in addition, a ban was introduced on the viewing of media-foreign agents by minors.

But the most "funny" (if I may say so) prohibit persons recognized as foreign agents from being in the public service, including internal affairs bodies, administrations and educational institutions. It is difficult to say whether our deputies assumed the very possibility of such a broadcast "invitation to work" from the CIA, or drafted amendments just "just in case", but it came in handy as never before.

Impostor! “I hear from an impostor!

A lot has already been said about the fact that the Russian “opposition” turned out to be blatantly ineffective in destroying the state from the inside: both by the foreign press (at the suggestion of foreign special services), and by the domestic press, and even by foreign media agents. All three sides spoke about the reasons, and, paradoxically, in essence they said the same thing (although, of course, in different emotional colors).

The key factors were not the relative small number of simple supporters of the “opposition”, and not even the mighty power of the Russian “punitive bodies”, but the puppet essence of the “opposition leaders” that was confirmed after the start of the SVO by 146% and their attitude towards their flock as cannon fodder. From above, this was covered with extreme Russophobia, promoted in the West, which does not distinguish between “bad” and “good” Russians, even for tactical purposes. Is it any wonder that after the Russian useful idiots were rewarded with spitting in the face and on the back for the “fight against the regime”, the number of these same idiots and their activity dipped significantly?

As a result, if somewhere in 2019-2020. one could still speak of the "opposition" as a kind of political power (she, at least, could create a picture of "mass support" by a simple layman), now this "power" has definitely faded. Left without an “electorate”, most of which despised their former idols, and the smaller part left Russia, the “leaders” who fled abroad turned into frankly funny figures who gather at funny events.

For example, on November 4-7, in the Polish city with the sweet Russian ear name Yablonna, nothing less than a “congress of people’s deputies” of Russia was held under the chairmanship of the leader of the “underground armed resistance” Ponomarev **. It was announced that about fifty delegates would speak at the "congress", however, in the end, only twenty-odd were typed. The final result of the event was the creation of a new movement with the loud name "International Anti-Authoritarian Union", directed against the authorities not only in Russia and Belarus, but also in Kazakhstan, Tajikistan and other post-Soviet states. It is obvious that all (in general, all) participants of this “union” fit in one room, and that the activity of the “movement” will not advance beyond the “foundation” and a certain number of bad words about our country.

A week later, on November 15, and already in Brussels, under the leadership of another fugitive former deputy Gudkov *, the “Secretariat of European Russians” was founded, which also claims to be a “roof” over all anti-Russian projects (and, accordingly, on the budgets allocated for them ). That is why the third big (already the face does not fit on the screen) "oppositionist", the heir of Navalny himself ** Volkov ** did not find anything better than to declare these gatherings ... "illegitimate". Say, it's him and the leader languishing in "Putin's dungeons" - the real fathers of Russian democracy, and all the rest are cheap fakes.

This story is especially piquant due to the fact that Navalny's and Volkov's faithful friend Sobol* has recently been constantly shining in the company of Ponomarev** and Gudkov*, in particular, together with the latter, she opened the "secretariat" described above. According to rumors, some time ago, Sobol * tried to cling to the main “watching Russia” - Khodorkovsky **, but something didn’t work out, but Volkov ** didn’t take the “renegade” back, so she had to urgently make friends with other colleagues in dangerous business.

This pseudo-political soap opera is, of course, very funny. However, there is an opinion that all these useless parasites are still somehow keeping afloat, not for this reason, but only for the reason that the relevant departments of foreign intelligence services themselves are successfully sawing the taxpayers' money allocated for them. However, this music does not have long to play...

Breathalyzer is not a profession

...but this does not mean that Western servicemen will be left without a side job - they will simply begin to develop budgets for other items.

In addition to Volkov**, there were others who doubted the "legitimacy" of the "Ponomarev**-Gudkov* Junta" - the so-called "leaders" of the so-called "national liberation movements" that have multiplied in recent times. It seems that it is the agenda of “decolonization” of Russia that is becoming the new “opposition” mainstream that Western intelligence and foreign media will try to promote. It can be said that now there is a "transfer of cases" from the old phalanx of "oppositionists" to the new one.

The dynamics of support for the nationalist narrative is characteristic: in recent months, it has risen from articles in marginal Russian-language publications such as Realii*, first to the big Western media, and then penetrated into the legislative cabinets - however, so far only Ukrainian ones. The Verkhovna Rada regularly began to promise "recognition of independence" of individual Russian national regions: on October 18, Chechnya was declared "temporarily occupied", and Tatarstan, Bashkiria, Kalmykia and Karelia are next in line, with "representatives" of which negotiations are underway.

At the same time, these “representatives” themselves (such as the Bashkir extremist Gabbasov**, who served time for murder) do not represent anyone but themselves, all their “movements” consist of several people, including moderators of telegram channels inhabited by “dead souls” . All the trump cards of these wonderful people: personal "military merits", noted according to the norms of the Criminal Code of the Russian Federation, the relative freshness of the topic and allusions to Dudayev's Ichkeria as an example of successful "decolonization". But by replacing the hackneyed Navalnists** with nationalists, you can cut "democratic" money for some more time, perhaps even for a long time.

True, it is not worth not taking the "decolonizers" into account at all. In particular, it was they who, starting from knowledge of the local language and realities (and excesses on the ground), managed to organize at least some noticeable protests against partial mobilization in Dagestan. However, their influence should not be exaggerated.

The CIA's open recruitment initiative, which at first glance seems silly, is actually much more threatening. Firstly, the fact is that it is not aimed at creating some kind of "atmosphere" in which pro-Western citizens may begin to act against their state in the name of some ephemeral goals - no, it is a search for specific people who are unambiguously ready to dangerous work for their own gain.

And secondly, and most importantly, it is planned to recruit not schoolchildren, and not outcasts from the street, the limit of which is the arson of the military registration and enlistment office, but military personnel and civil officials. This is a different level of opportunity, up to the sabotage of entire cities or enterprises, and without any "political" tricks. Will there be traitors of this magnitude? Hypothetically, they can, not to mention smaller saboteurs; filtering everyone and everyone will not be so easy.

However, there is also an assumption that such an extravagant maneuver by the CIA is, in fact, a gesture of desperation, which had to be done because of the large losses of agents in Russia. One can believe in this, and even in the fact that, in fact, American intelligence is counting in this way to provoke a "wave of repression" that will undermine and bleed the Russian government agencies and law enforcement agencies. In any case, the direct impact of enemy intelligence services will bring more problems and threats than the agonizing "opposition", and you need to be prepared for this.