Gazprom finds first buyers for its LNG outside of Russia 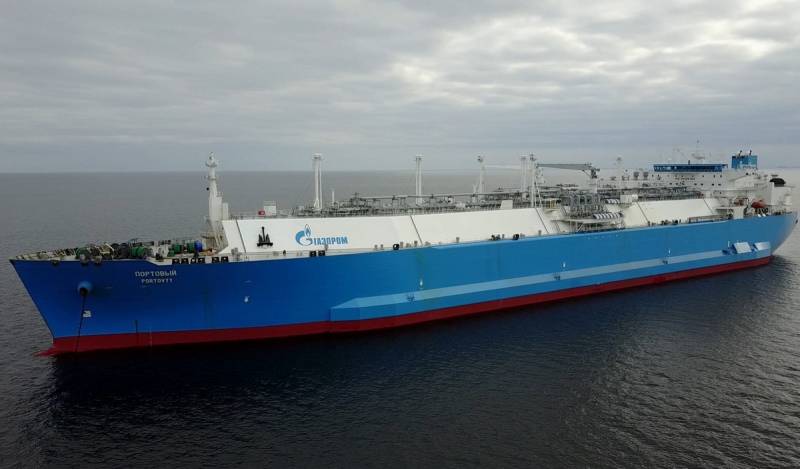 The production and sale of liquefied gas is becoming a priority for any global supplier that extracts valuable raw materials. This task also includes the search for sales markets, since successful competition in the LNG trade lies in the ability to quickly find new sales markets that have not yet been served by competitors.


The Russian Gazprom, which has lost its "calm" position as a European monopolist in the supply of pipeline gas, has become an ordinary exporter, one of all suppliers seeking "happiness" in the free spot fuel market. And the company finally managed to find customers and buyers for liquefied raw materials outside of Russia.

His projects from the Baltic Portovaya terminal at the source of the Nord Stream are not yet popular abroad (the strongest competition and market glut), so even the first relatively stable deliveries outside Kaliningrad can be considered a small success. Recently, for Russian energy carriers, Greece has become an important starting point on the way to customers.

Tankers with sanctioned oil are being reloaded in Greece, and Gazprom is now trading in LNG in the same country. The local regasification terminal of Revitus is already receiving the third cargo of fuel delivered there by the Pskov and Veliky Novgorod gas carriers belonging to the holding. All this data is provided by the analytical company Kpler. Of course, the specific buyer is unknown, although it does not matter, in the end, LNG from Portovaya ends up on the EU exchange and is sold to everyone.

As you know, Gazprom continues to supply pipeline gas to Greece, but its hopes and views on the future are connected precisely with LNG, at least in relation to Europe opposed to the Russian Federation.
Reporterin Yandex News
Reporterin Yandex Zen
2 comments
Information
Dear reader, to leave comments on the publication, you must sign in.