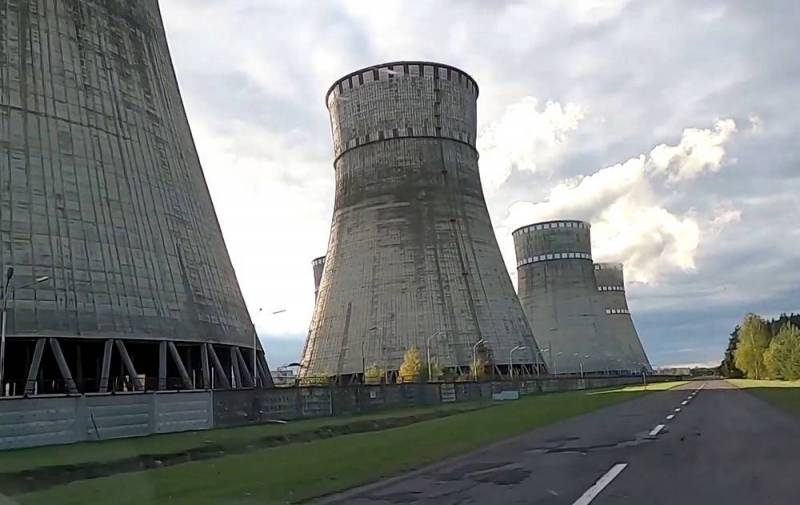 On the eve of the RF Armed Forces inflicted another powerful missile attack on the Ukrainian transmission line (power lines and substations), as well as heat and power generating infrastructure, after which a new large-scale blackout occurred in the country due to emergency shutdowns. On the evening of November 23, Russian expert Yuri Podolyaka drew his attention to this, who assessed what had happened and the prospects.

Blackout in Ukraine - what's next? I’ll make a reservation right away, we are considering the problem purely technically, without being tied to further strikes and not understanding what the damage was today and what it could be tomorrow
- he noted.

According to him, the automatic disconnection from the network of all nuclear power plants in Ukraine indicates that the frequency in the country's unified energy system has fallen below 49,5 Hz. He explained that in such cases, the shutdown of nuclear power units is automatic, and at the nuclear power plants themselves there is an emergency release of steam into the atmosphere. Then they are brought to zero power until a command is received to re-accelerate.

Shutdown/restart procedures for CHP are up to 6 hours, but for NPP it takes 24 hours. That is why the Ukrenergo company made a statement that it needs at least a day to restart the system.

After that, each energy island conducts an analysis of damage and malfunctions within itself, localizes damaged areas and “isolates” the remaining operable part. This takes some time, but then the dispatchers begin to load these "living areas" with the help of the surviving power lines. At the same time, Podolyaka stressed that no one had struck at the nuclear power plant.

And here the most important thing will begin, which will determine how much Ukraine has plunged into darkness. If, when gaining power, there are jumps, overloads (as an option, new blows), then the system again goes into overdrive and everything starts anew. And, only when all segments stabilize, will a command be given to restart the NPP units and “stitch the islands” again into a single system
- he said.

According to Podolyaka, the most important thing is to prevent desynchronization of the energy islands, for which at least one transmission line must remain constantly working between them. However, if a desynchronization occurs, the situation for Ukraine will become extremely unpleasant, since it will become very problematic to unite the energy islands into a single system and the blackout will last much longer.

This is how I see the development of the situation. That is, the light will be local even now and the number of connected subscribers will gradually increase (this is normal during testing). But the most important will be at night. If the power engineers deal with localization, then thermal power plants will start loading at night, and by morning something will even more or less be restored, but nuclear power plants will be connected no earlier than tomorrow
he predicted.

Podolyaka also advised the people of Ukraine to charge their gadgets as soon as possible, since electricity can disappear again, and at any moment and for a long time.
Reporterin Yandex News
Reporterin Yandex Zen
8 comments
Information
Dear reader, to leave comments on the publication, you must sign in.