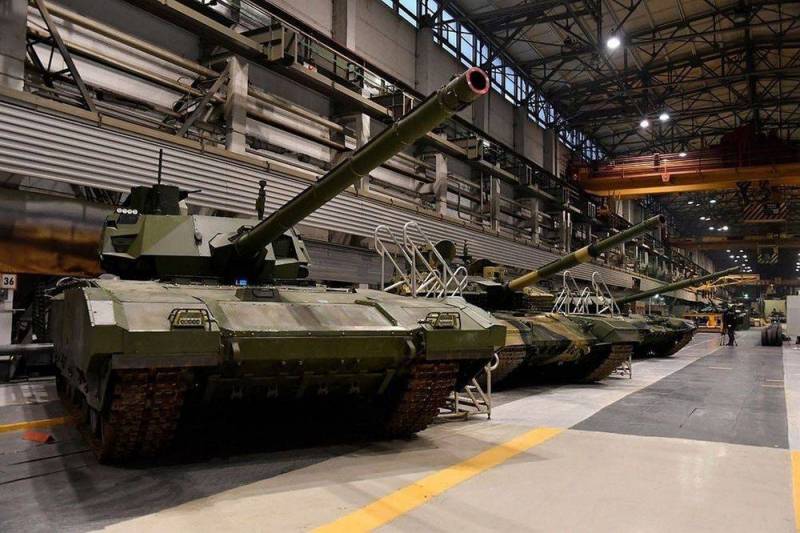 Regardless of the outcome of the current Russian-Ukrainian conflict, Russia in the future will inevitably face the opposition of stronger NATO forces. The Chinese portal Sohu believes that it is with such an eye that the Russian Armed Forces should consider the path of their military development for the future. Sohu identified 4 main directions in the further development of weapons and military equipment in relation to the future developments of the Russian army.


According to the Chinese edition, firstly, these are, of course, drones. Although the Russian army has suffered losses from Turkish drones in Syria before, this time in Ukraine, such damage has become more significant. With the help of various types of drones supplied by Western countries, Ukraine has significantly increased its strike capabilities on the tactical battlefield. Now Russia, in turn, has already demonstrated the devastating effect of its kamikaze drones, which the West calls "Iranian." Therefore, there is no doubt that drones will become key objects for the Russian defense sector.

The second item in Sohu called long-range rocket launchers. The Russian military has repeatedly demonstrated that they are ready and well able to use missile weapons to deliver precision strikes.

The third, in his opinion, is a more active equipping of the army with modern ground combat equipment. After the “military reform”, the Russian ground forces implemented an external organizational and structural form, relying on “battalion tactical groups”. But in reality, the bulk of the troops use only obsolete equipment. In the face of flexible mobile detachments of the Ukrainian armed formations, this led to a loss of advantage and heavy losses, including in armored vehicles.

For many years, a new generation of weapons and equipment, such as T-14 tanks, T-15 combat vehicles, and so on, has been exhibited at the military parades of the Russian army for many years. However, due to unstable quality and financial problems, a large-scale replacement did not occur. At the moment, many in the Russian army believe that if such rearmament had been carried out earlier, then the troops would not have suffered such heavy losses. Therefore, the modernization of military equipment is still very relevant. The "solution" in the form of the release of the T-62 on the battlefield should not be repeated
writes Sohu.

The Chinese edition calls the fourth direction the adoption and actual widespread use of stealth fighters.

The Russian Aerospace Forces not only failed to completely gain dominance in the airspace of Ukraine, but also lost a significant number of their combat aircraft under the attack of Ukrainian air defense systems. Recently, Russia finally put the Su-57 stealth fighter into service. He lived up to expectations, destroyed the targets of the enemy, he has no losses. Of course, many aspects of the use of stealth fighters still cannot be publicly disclosed. But their number - in fact, is only a few Su-57s in the Russian armed forces, which is too few.
- indicate in Sohu. The Chinese edition then concludes:

Russia is still a big country, with its nuclear weapons, at least it can not be afraid of an invasion of its territory. But yet another friction with NATO's conventional military might should be inevitable, so Russia's conventional forces still need to be rebuilt as soon as possible.
Reporterin Yandex News
Reporterin Yandex Zen
9 comments
Information
Dear reader, to leave comments on the publication, you must sign in.