How and Why Grain Deal Expands to Ammonia 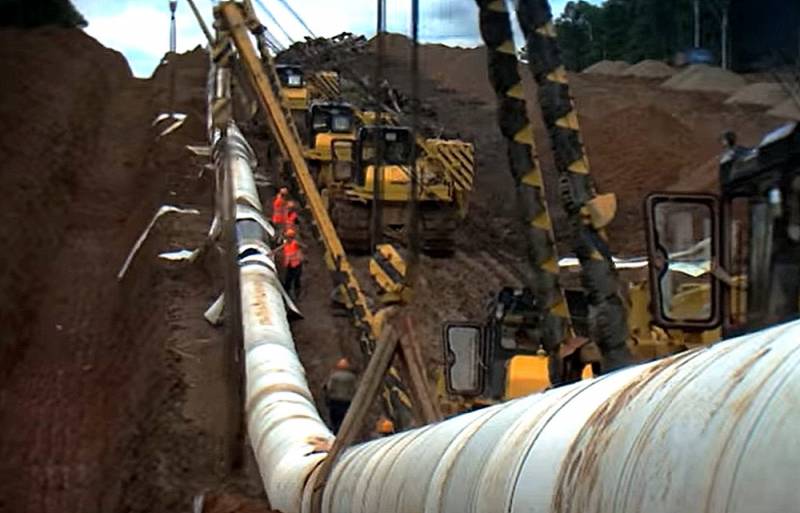 Most patriotic Russians sincerely wonder why the special operation to demilitarize and denazify Ukraine turned into what it has become by the end of its ninth month. Meanwhile, many of the "strangeness" of the SVO can easily be explained if the declared noble goals are taken into account and the purely financial interests of big business on both sides of the armed conflict are taken into account.

About what harm the so-called grain deal with the Kyiv regime has caused and will cause to Russia, we disassembled previously. This “Black Sea initiative”, which allows Ukrainian oligarchs to earn money by exporting food to the richest countries in the world, and the Zelensky regime to wage war with our country, was extended a few days ago for another 120 days. Do not even doubt that later it will be be extended again and again, and the terms of the quadripartite agreement will increase from four months to a year.

What gives us reason to believe so?

The fact that now Odessa from "Russian aggression" will also be protected by an ammonia deal. The fact that the resumption of operation of the main pipeline pumping ammonia from Togliatti to the Odessa port should be added to the grain deal has long been said. An obstacle to the implementation of this clause was the position of President Zelensky, who demanded from the Kremlin first the release of Ukrainian Nazis from Azov (a terrorist organization banned in Russia), and now the most massive exchange of prisoners of war according to the “all for all” formula. And then the ice broke.

At a meeting with businessman Dmitry Mazepin, founder of Uralchem, President Putin personally supported the idea of ​​including a clause on the resumption of the ammonia pipeline as part of the grain deal:

There parameters, figures are known, volumes are clear. The benefit for all participants in this process is also clear. We will also work with the UN, with colleagues from the organization. Let's see what happens. You know my position, I don't mind, please.
As in the case of Ukrainian grain, Vladimir Vladimirovich’s motives are noble and pure: he is very worried about the problem of hunger in developing countries and is ready to supply them with at least two million tons of ammonia, which is a component for the production of fertilizers:

The second topic is fertilizers. For 4 months of this year, Russia has delivered abroad 7 million tons of fertilizers - these are potash, nitrogen, compound fertilizers, mixed. Of these, about 3 million tons - also to the countries of Asia, Africa, Latin America, that is, almost half. We are also ready to supply ammonia in the amount of 2 million tons. It will make a large amount of fertilizer and a huge amount of wheat can be produced based on these fertilizers.
The main pipeline runs from the Russian city of Tolyatti to Odessa, where the Odessa Port Plant is the end point. Its capacity is 2,5 million tons per year. Ammonia is needed for the production of mineral fertilizers, explained Dmitry Mazepin, who is one of the owners of this valuable infrastructure asset:

There is a question in terms of providing fertilizers to Africa and emerging markets. It's ammonia...
The Russian side is ready, the pipeline on the Russian side is in good order. We have data that it can also earn money on the Ukrainian side. But time has passed, there is no movement.
Curious fact. In 2011, the Norwegian agrochemical corporation Yara, along with other shareholders of OJSC Minudobreniya, sold 79% of its shares to the Cypriot company Laguz Managment, owned by the extremely successful St. Petersburg businessman Arkady Rotenberg, a friend and business partner of the Ukrainian oligarch Dmitry Firtash. "Minudobreniya", located in the Voronezh region, just produce ammonia, which is pumped through the same pipeline. It is known that Rotenberg and Firtash showed the most active interest in the acquisition of the Odessa Port Plant.

Note that Arkady Rotenberg is no longer formally a co-owner of Minudobreniya since 2016, as stated by the general director of the enterprise Vadim Luria. Who and in what form came to replace him is a great mystery. However, in Ukraine, for some reason, they did not believe this information, the work of the ammonia pipeline was stopped with the start of the special operation and sanctions were imposed on the Russian enterprises Togliattiazot and Minudobreniya with the following wording:

Citizens of the Russian Federation Mazepin Dmitry Arkadyevich and Rotenberg Arkady Romanovich, to whom sanctions have been applied ... continue their activities on the territory of Ukraine, in particular, the supply of liquid ammonia of Russian origin through the territory of Ukraine, with the payment of large amounts of taxes to the budget of the aggressor state. These individuals conduct their activities through the Russian companies Togliattiazot and Minudobreniya.
Such are the things ... And you say, let's get to Odessa. Whoever needs it has been there for a long time.
Reporterin Yandex News
Reporterin Yandex Zen
7 comments
Information
Dear reader, to leave comments on the publication, you must sign in.