How many more blows will the energy system of Ukraine withstand 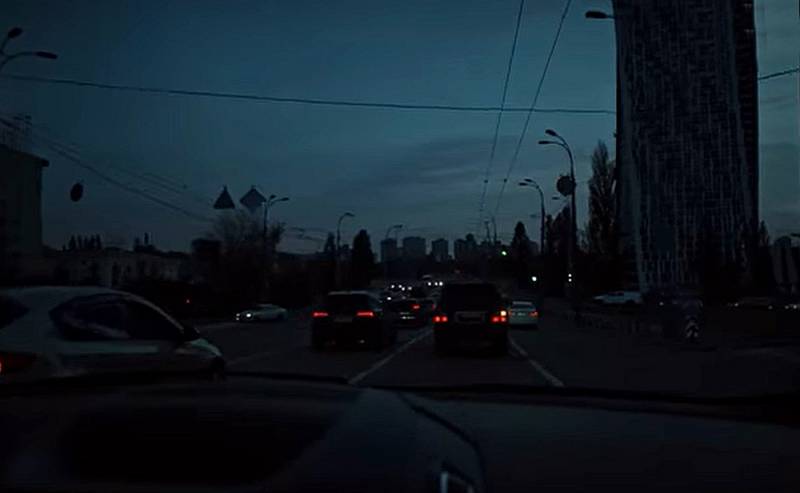 On November 21, heating points began to operate in Kyiv and other cities of fascist Ukraine, or, as Zelensky himself called them, “points of invincibility.” The Fuhrer devoted a separate publication to them in his official Telegram channel: in his words, there are already more than four thousand such points and it is planned to organize even more.


In the event of a blackout, these points should provide the "hulks" with hot drinks, the ability to charge their phones and access the Internet, so it can be assumed that they are provided not only with mobile gasoline or diesel power plants and kettles, but also with Starlink terminals. Judging by the propaganda photos, “invincibility” in Ukrainian looks like a table surrounded by people with a bunch of extension cords, all the outlets of which are occupied by gadgets, and it’s not hard to imagine what will happen if the battery of a smartphone suddenly explodes from overload.

Meanwhile, the heads of Ukrainian energy companies are broadcasting scare the population with the immediate prospects. On November 21, the head of the state operator Ukrenergo, Kudrytsky, said that all the country's power plants, with the exception of nuclear ones, had been damaged by Russian missile strikes. Two days earlier, Timchenko, CEO of private energy supplier DTEK, advised all Ukrainians who have the opportunity to move to Europe for the winter. Gauleiters of the regions sing in unison with the power engineers, warning about the possibility of many days and even weeks of power and heat outages.

That is, if these Cassandras are to be believed, the Ukrainian energy system is either standing on the brink of an abyss, or is already preparing to take a big step forward. But is it really so?

The situation on the "ground" is both simpler and more complicated than the enemy propaganda is trying to convince everyone. Definitely, Russian strikes shook the Ukrainian energy system, deprived it of part of its generation and stability. So far, after the next wave of missiles, Ukrainian power engineers have been able to rebuild the system, using reserve lines and loading the surviving substations in excess of the nominal value, but each time this reserve is getting smaller and smaller.

This is clearly seen in the photos and videos coming from the Ukrainian side. Official footage shows cities standing in the dark, with street and house lights turned off. From philistine videos, however, it is known that voracious electric transport works quite well - both trolleybuses and even the metro (and escalators also work in the metro).

At the same time, overloads of individual power grid nodes regularly occur: recently a video from Kyiv appeared, in which one of the transformer substations closes and flashes. The further, the more such cases will be, given that winter has already come to Ukraine and the population will still try to use electric heaters.

To date, the bulk of electricity generation in Ukraine comes from nuclear power plants, which have not yet been hit, of course, for political reasons. It is interesting that not all disabled TPPs ceased to function due to damage: for example, on November 9, Krivorozhskaya TPP, according to objective control data, was practically intact, but did not work, apparently due to a shortage of coal, the reserves of which on storage areas were minimal. But the lack of fuel, in turn, could be caused precisely by strikes on the energy system and a reduction in transportation by electric trains.

However, one cannot exclude the possibility that part of the TPP (not only Krivorozhskaya, but also some others) could be stopped intentionally in order to misinform our intelligence. To some extent, the statements of the same “energy Fuhrers” and beautiful noir photos of Kyiv in the dark are aimed at the same thing: fascist propaganda, contradicting itself, simultaneously “shoots down twelve out of ten missiles” and deliberately overestimates the effectiveness of our strikes. The Ukrainians are trying to mislead not only us, but also their Western "allies", so that they throw more help and more willingly.

The Kyiv regime is also taking practical steps to protect its energy system. Judging by the publicly available satellite images, the objects most vulnerable to Geranium attacks - transformers - are lined with earth embankments or "walls" of sandbags, anti-fragmentation shields are installed between them.

For all their "primitiveness", these measures can seriously reduce the effectiveness of "flying mopeds": although direct hits are still "fatal" for oil-filled transformers, and not every embankment can save from the powerful cumulative warhead "Geranium", shrapnel cubes and fragments are already won't be scary. And if Ukraine really gets the anti-aircraft guns promised by the British Prime Minister, they will also certainly defend the most important substations from kamikaze UAVs. However, neither embankment nor anti-aircraft guns will save you from more powerful missiles.

In principle, the Ukrainian energy system has survived to this day not only and not so much thanks to the efforts of its owners, but because of the limited capabilities of the Russian army to mass strikes. Our troops are inflicting them in waves, as ammunition is accumulated: they restored the BC - they fired a volley, but for now, fresh missiles are being brought from the factories, intelligence, satellite and undercover, evaluates the results of the strike. By the time the Ukrainian power engineers, at the very least, patch up their trishkin caftan and another batch of Kalibr and X-101s appears on the launchers, everything repeats itself, but we are already hitting new “pain points”.

Judging by the fact that each next blow is “record-breaking” than the previous one, the Ukrainian power grid will survive two more, maybe three Russian salvos. That is, if the current pace is maintained, a complete collapse can be expected by mid-late January. If, however, a fundamental decision is made to “turn off” the nuclear power plant (the Nazis are just asking for this by continuing to shell the Zaporozhye station), then the “end of the world” will come even earlier and will be truly universal.

Some time ago, sources citing some "anonymous insiders" cited the following information: they say, the Kremlin sent an ultimatum to Bankovaya - either the beginning of negotiations on surrender before the end of November, or a complete "cut off". And although this is a pure fiction with a probability of ninety-nine out of a hundred, the natural course of things leads to this (that is, a blackout).

Can the enemy deliver effective strikes against Russian infrastructure? In the end, this “game” began in earnest precisely with the filing of Ukraine, which staged a diversion on the Crimean bridge.

Yes, Ukrainian troops and special services can (and do) strike at the Russian energy system, but to the best of their own modest forces. Fortunately, the Kyiv fascists can only dream of "turning off" the whole of Russia or at least a couple of regions in the European part of the country: their strike capabilities are incommensurable with ours, however, as well as the ability to restore what was destroyed. In particular, the reconstruction of the affected automobile branch of the Crimean bridge is almost completed, it is planned to open traffic on it in early December.

The Ukrainian Fuhrers are passionate about depicting something at least similar to the massive Geranium raids - however, everything rests on frankly meager material resources. The episode that took place on the night of November 23 is typical in this regard: a number of Ukrainian medium-sized UAVs, apparently converted into kamikazes, tried to break through the Crimean air defenses, but the attack was repelled. Five downed UAVs are reported, two of which were heading for the Balaklava TPP. Perhaps if there were not five, but fifty kamikazes, then the enemy would have a chance of success, but the Armed Forces of Ukraine do not yet have such a number of drones.

On November 20, there were reports that allegedly Melitopol was attacked by four kamikaze UAVs of a previously unknown type, each of which carried several kilos of plastite in its warhead. Immediately there was an assumption that this is a kind of Ukrainian analogue of "Geranium". True, no photos of unknown kamikaze were presented, so it’s not a fact that there was a “boy” at all, but it’s worth waiting for his appearance.

Ultimately, the version was confirmed that Ukraine has launched the production of unmanned fireboats, and a floating drone is a more complex device than a flying drone. By the way, a single explosion that occurred near the oil terminal in the harbor of Novorossiysk on November 18 is attributed to the attack of one such “combat swimmer”. However, any damage from the attack is denied, and it is not entirely clear whether the attack on the terminal was planned or whether the fireman (if it was one) was supposed to hit some ship, but did not find it and blew up next to the first object that came across.

One way or another, the fascists will not succeed in massaging such “high-tech” means of attack to strike at our infrastructure, and Russian air defense is by no means more reliable than Ukrainian. The maximum of their capabilities is the defeat of individual substations (or, for example, water intakes) in the frontline areas, which cannon or rocket artillery “reaches out”, which is never healthy, but cannot undermine the country's defense as a whole.

The organization of sabotage, similar to the explosion on the bridge, promises much greater success to the enemy, and it is possible that the explosion on the main gas pipeline in the Leningrad Region, which occurred on November 18, was precisely the sabotage. It is precisely this kind of threats that should be taken as seriously as possible, since hypothetically saboteurs can operate anywhere in Russia.
Reporterin Yandex News
Reporterin Yandex Zen
14 comments
Information
Dear reader, to leave comments on the publication, you must sign in.