Zolotov - to Navalny: “I called you to another”

October 19 2018
0
When asked by the media if he would accept Navalny’s invitation to participate in the debate, Viktor Zolotov answered in the negative. At the same time, he added that he invited him completely "to another." 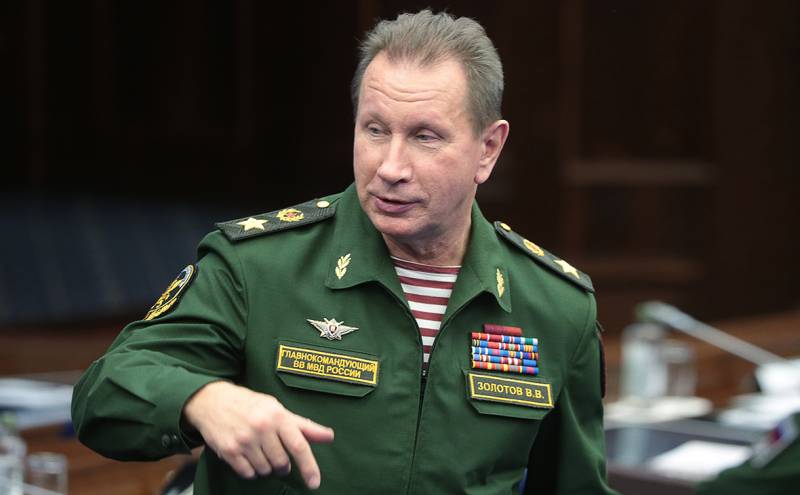 The head of Rosguard said that he called the famous policy to a sporting event. The general made his position clear. Accusations that he invited Navalny to a meeting to beat for allegations of corruption and fraud, the general called absurd. Now there is a court that will put everything in its place.

And only after a court decision is made, when it becomes clear whether the accusations by the opposition are fair, Zolotov will be ready to answer all Navalny’s questions. In what format this will happen, the general will decide later.

Prior to this, the official representative of the Russian Guard, Valery Gribakin, said that although he was well aware of the video released by Alexei Navalny, he did not watch it and was not going to watch it, since at the moment the department and its leaders have many other, more important matters. In particular, we are talking about security issues related to recent events in Kerch. And the statement of Navalny Gribakin considers "PR on the bones."
Ctrl Enter
Noticed oshЫbku Highlight text and press. Ctrl + Enter
We are
Challenge accepted: Navalny answered the head of Rosguard Zolotov
Did the British reveal the true identity of Alexander Petrov from Salisbury?
Reporterin Yandex News
Read Reporterin Google News
Ad
We are open to cooperation with authors in the news and analytical departments. A prerequisite is the ability to quickly analyze the text and check the facts, to write concisely and interestingly on political and economic topics. We offer flexible working hours and regular payments. Please send your responses with examples of work to [email protected]
Information
Dear reader, to leave comments on the publication, you must sign in.