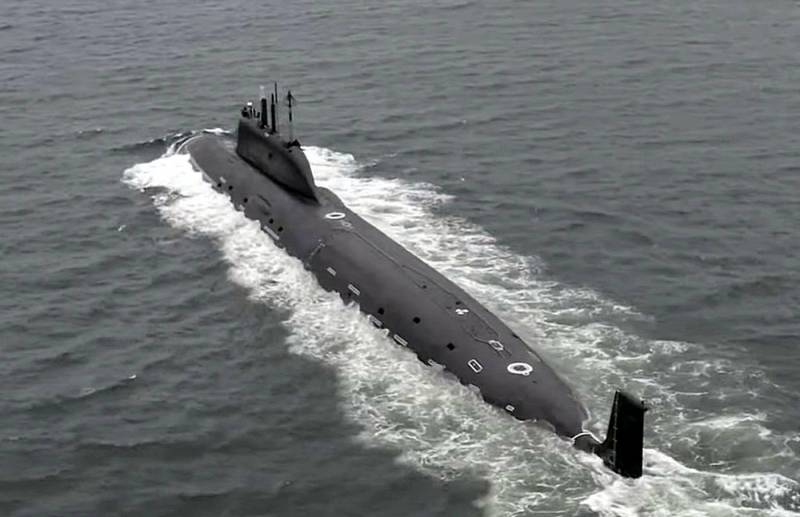 The second serial multi-purpose nuclear submarine of project 885M "Krasnoyarsk" is being tested at sea, as reported by the director of "Sevmash" Mikhail Budnichenko.


It is worth noting that the submarines of this project have their own characteristics that distinguish them from their closest foreign competitors.

Recall that in the spring of this year, the lead nuclear submarine Kazan of the Yasen-M project sank to a depth of 600 meters during exercises in the Barents Sea. This figure is as much as 100 meters more than that of its direct competitor from the United States, the Virginia-class nuclear submarine.

But the superiority of our nuclear submarine over foreign "colleagues" is not limited to this. So, in terms of the number of onboard weapons, the Yasen-M submarines are 2,16 times superior to the Virginia-class submarines, and the French Suffren are 4 times altogether.

At the same time, our nuclear submarine costs $2,5 billion, and the cost of the Virginia, which is inferior to it, the fourth level of modernization, exceeds $4 billion.

The lead nuclear submarine "Kazan" of project 885M was handed over to the Russian Navy in the spring of last year. The first serial submarine "Novosibirsk" entered service at the end of 2021. Now it is reported that the next nuclear submarine of this project, Krasnoyarsk, is being tested.

Moreover, a similar submarine Arkhangelsk is being prepared for launching, and 4 more submarines of the Yasen-M project are under construction.

However, that's not all. In the summer of this year, quite reliable rumors appeared that the project would not be limited to the construction of the aforementioned nuclear submarines. It is assumed that at least two more similar multifunctional nuclear submarines will be laid down in the future.