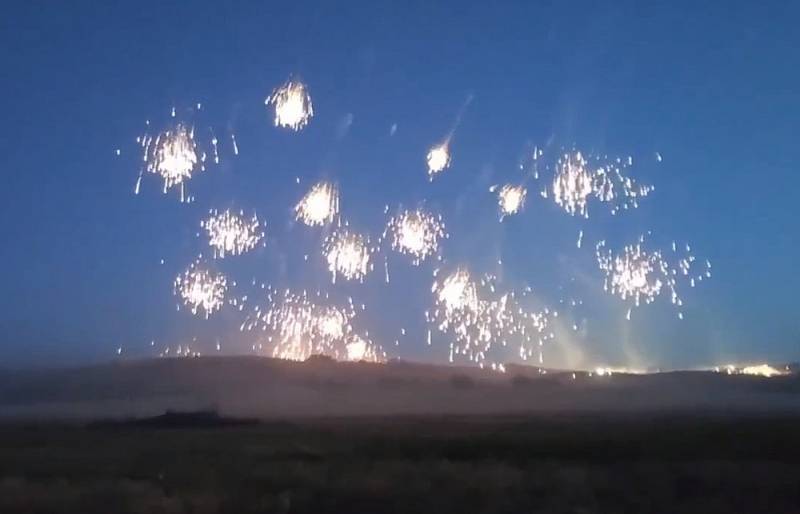 On one of the most tense sectors of the front near Bakhmut, Russian multiple launch rocket systems launched strikes with 9M22S incendiary ammunition on the fortifications of Ukrainian militants. A video of the fireworks from the Gradov operators appeared on social media channels covering the special operation.


Unlike the prohibited phosphorus munitions used by the Armed Forces of Ukraine, the 9M22S and 9M28S missiles are not prohibited by international conventions and rules of war. These projectiles use a magnesium mixture, which, when ignited, creates a combustion temperature of up to 2700 degrees Celsius. Each projectile carries up to 180 incendiary elements and inflicts serious damage to manpower and lightly armored technology the adversary.


In the course of the SVO, these systems were already used in the "smoke out" of nationalists from "Azovstal" during the liberation of Mariupol. The shelling of the positions of the Armed Forces of Ukraine near Bakhmut should ensure the successful advancement of the assault detachments. The huge losses of the Ukrainian military forced them to switch from offensive operations to dead-end defense in this sector. Based on the experience gained in Mariupol, incendiary ammunition was used to crack the defense.
Reporterin Yandex News
Reporterin Yandex Zen
8 comments
Information
Dear reader, to leave comments on the publication, you must sign in.