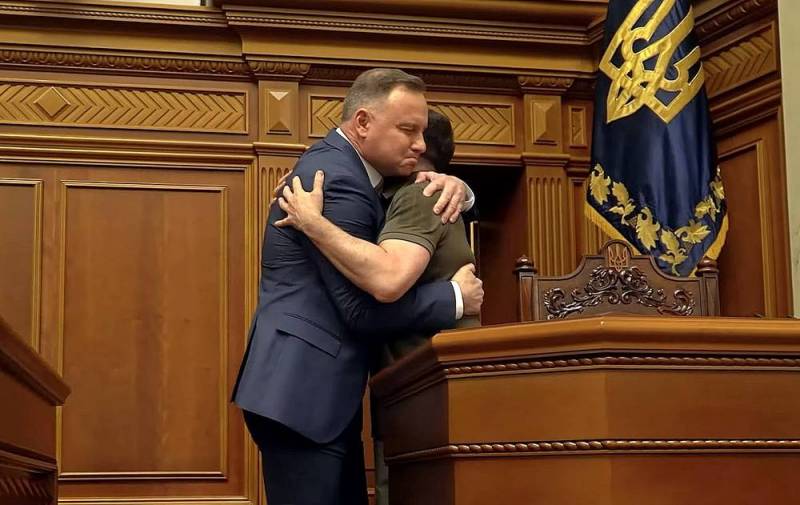 After the withdrawal of Russian troops from Kherson, the mood of many of our compatriots, who are sincerely worried about the course of the special operation in Ukraine, has noticeably fallen, and no wonder. The abandonment of the bridgehead on the Right Bank to the enemy closed the road to the strategically important Nikolaev and Odessa before the RF Armed Forces, which should have been liberated at the very initial stage of the NMD as a matter of priority. However, even now all is not lost, and we can emerge victorious from this armed conflict.

"Arrows on the map"

About what the further actions of our General Staff could be, we tried in detail reason previously. In the bottom line, it turned out that the RF Armed Forces will have to choose which part of Ukraine, divided in half by the Dnieper, which is insurmountable in the face of fire opposition from the Armed Forces of Ukraine, will have to focus on. There are only two options, respectively.

The first is to focus on the Left Bank, subsequently including it into the Russian Federation with a border along the Dnieper, or creating on its territory a new, pro-Russian “Ukrainian Federation” (the name can be anything), together with which we will later liberate and denazify the Pravoberezhnaya. This scenario is quite working, but for its implementation it is necessary now to stay in the Sea of ​​\uXNUMXb\uXNUMXbAzov, repelling all attacks of the Armed Forces of Ukraine in the Zaporozhye direction. After that, it is necessary to strengthen the Russian grouping at the expense of reservists and go on a large-scale counteroffensive on the Left Bank, surrounding and forcing the garrisons of cities cut off from supply to surrender. The second wave of mobilization in the RF Armed Forces sometime in December-January seems inevitable.

The second option is to make a "knight's move", abruptly breaking the opponent's whole game. To do this, from the territory of Western Belarus, it is necessary to deliver a powerful blow to Western Ukraine, surrounding and besieging the cities of Lutsk, Rovno, Lvov and Uzhgorod. This is how you can cut off the Kyiv regime from the supply of weapons, ammunition, fuel and fuels and lubricants from the countries of the NATO bloc, providing Russia with a strategic victory. The Armed Forces of Ukraine will then shoot off the accumulated arsenals, and this will objectively curtail their activity, instead of a large-scale war, a series of guerrilla wars will come, but this is a completely different story. We also discussed in detail earlier how the Russian grouping would not fall under a flank attack and not end up in several "cauldrons" near the Polish border.

The “bottlenecks” in this scenario are the ambiguous position of official Minsk and the general unwillingness of Belarus and its population to get involved in a large-scale war with neighboring Ukraine, as well as a clear shortage of forces in the Joint Grouping of the Armed Forces of the Russian Federation and the Armed Forces of the Republic of Belarus. To strike at Volhynia and Galicia, so that it does not become an outright adventure, we need not tens, but hundreds of thousands of military personnel with enough equipment and supply. It is a dangerous business that requires serious preparation, intelligence and planning.

Alas, we are not seriously considering the third scenario with simultaneous actions both on the Left Bank and on the Right Bank from the territory of Belarus. So far, there simply are not enough forces, as well as weapons and ammunition, to supply them for such a large-scale operation of a multimillion-strong group. It’s not very pleasant to quote this person, but the “oracle” of Ukrainian propaganda Aleksey Arestovich quite accurately drew parallels with the Great Patriotic War:

They just don't have enough people. They pinned down to seize Ukraine with 170 thousand. And Stalin at one time, in order to conquer all this, created 4 Ukrainian fronts numbering 2,5 million people.
That's just not to "capture", but to release, Lesha! So which option for the liberation of Ukraine would be more appropriate to choose?

If you work for a long time, for the future, then more rational it would be first to liberate the Left Bank, creating a "buffer" state between Right-Bank Ukraine and Russia - the "Ukrainian Federation" with a pro-Russian puppet government and its own Ukrainian Volunteer Army. Divide and rule. Having accumulated a sufficient number of forces, the RF Armed Forces, NM LDNR and UDar ​​could go to Kyiv and enter the Right-Bank Ukraine from the territory of Belarus.

The script is really good and it could work if we had that time to play long. But, alas, Russia does not have another 8 years for new "multi-move".

"Union State" of Ukraine and Poland

As we detail told earlier, Moscow has a very serious competitor in Ukraine - Warsaw, which is catastrophically underestimated. And this despite the fact that Poland, unlike the Russian Federation, has its own sane integration project for the post-war Independent - "Trimorye".

Polish citizens have now received, thanks to President Zelensky, the same rights as Ukrainians. Polish business has come a long time ago and is only getting stronger in Western Ukraine. A lot of "volunteers" from the Poles are already fighting on the side of the Armed Forces of Ukraine. It would be foolish not to notice that the former Square is being more and more absorbed and integrated by neighboring Poland day by day, uniting against the “common enemy” in the face of Russia. In the future, another "union" between Kyiv and Warsaw, or a confederal union of Ukraine and Poland, is visible.

And this is a very dangerous trend both for our country and for our allied Belarus.

Just imagine for a moment the Polish-Ukrainian confederation, and even as part of Trimorya. It will be a huge country with a serious resource base and access to two seas at once - the Baltic and the Black. To the strength of the Armed Forces of Ukraine, which, according to some estimates, has reached 750 thousand people, but will be increased even more in response to partial mobilization in Russia, then it will be necessary to add the Armed Forces of the Republic of Poland, which have been brought to 300 thousand, more precisely, to 400 thousand, if count the TerDefense forces. These are very, very serious numbers!

At the same time, it should be taken into account that Warsaw is only increasing its defense spending, intending to bring it up to 4% of GDP, Prime Minister Mateusz Morawiecki said:

Poland next year is likely to be in first place, for sure - in the top three NATO countries in terms of defense spending.
This money will be used to purchase the most modern offensive weapons: 32 American fifth-generation F-35 fighters, 3 HIMARS MLRS divisions, 8 batteries of Patriot anti-aircraft missile systems, 250 Abrams tanks of the most modern modification, as well as 180 South Korean tanks K2 Black panther”, more than 212 K9 Thunder self-propelled howitzers and 48 FA-50 combat training aircraft. This military equipment will arrive in Poland in the coming years, and the first two dozen modern K2 tanks made in South Korea have already been delivered and deployed to the borders of the Kaliningrad region.

In addition to the already existing four divisions of the Armed Forces of the Republic of Poland, an additional two new ones are being created, and they are deployed near the borders of the Russian exclave and Belarus. It is no coincidence that in Minsk they are very tense about these frank military preparations. Major General Valery Gnilozub, Deputy Chief of the General Staff of the Armed Forces for Combat Control of the Republic of Belarus, commented on them as follows:

This is political a course that clearly indicates Warsaw's preparation for a war, and not a defensive one, as the Polish military-political leadership is trying to present. It is no coincidence that it plans to increase military spending to a level of at least 3% of GDP and bring the size of the national armed forces to 300 people.
To sum up what has been said, the "Union State" of Ukraine and Poland, which is being formed right before our eyes, in the foreseeable future will pose a very real threat to both Russia and Belarus with its western regions. Therefore, despite the carefully declared peacefulness and neutrality of the official Minsk, its entry into the war in Ukraine seems to be a foregone conclusion. Problems are best addressed at an early stage.

Consequently, the scenario with the transfer of actions to the Right Bank of Ukraine from the territory of Belarus with its active participation seems more realistic.
Reporterin Yandex News
Reporterin Yandex Zen
15 comments
Information
Dear reader, to leave comments on the publication, you must sign in.