“They could have driven the Russians out of there”: Americans about claims to Wrangel Island 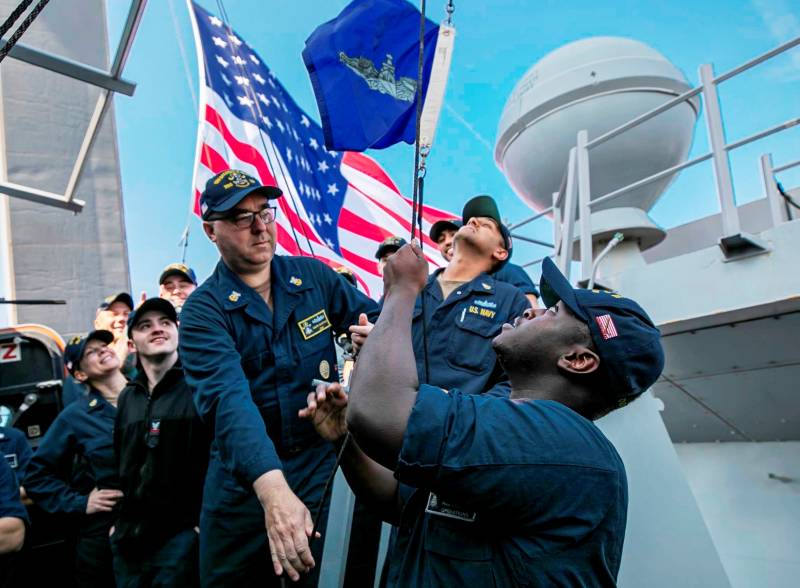 In the United States, talks have intensified about the territorial claims that this country can put forward to Russia in the foreseeable future. We are talking about the Arctic Wrangel Island, on which American journalists and public activists made unspoken claims back in the zero years (then it was, in addition to Wrangel Island itself, about the possible claims of the States to the Russian islands of Herald, Bennett, Henrietta and Medny).


However, in November of this year, the topic surfaced again. Moreover, this time it began to be promoted not in marginal media, but in quite reputable publications with a wide audience coverage. In particular, we are talking about The Wall Street Journal and Newsweek.

The comments below go under "Russia Occupies American Land, Too" by Thomas Dans on the Wall Street Journal website.

Readers' comments are selective and reflect only their personal subjective opinion.

I think George Patton was somewhat right when he said at the end of World War II that we must crush Russia by force as long as we have troops and weapons in Europe. He went on to say that the conflict with the Russians would happen sooner or later.
writes user Jose Kanusee.

“Today there is a modern Russian military base on the islands” is complete nonsense. Looking at Google Earth, it becomes clear that there is practically no human habitation on Wrangel Island. 5000 foot runways are pretty hard to hide
said Robert Forczyk.

Sorry, but Wrangel Island can't possibly be part of America. See where it is located on the map. You also forget to mention that Russia sold Alaska to the US in 1867 and the island was not part of the deal. Distance from the island to [continental] Russia - 138 km
Dion B added.

We could have thrown them out of there in 1924, but we didn't. Disputing it now, 98 years later, is just stupid
said Tildon Belgard.

Perhaps the author should take a look at the map. Wrangel Island and others are in close proximity to Siberia and quite far from Alaska
says reader Christopher Keillor.

"The island...belongs to the USA." But it doesn't belong. Definitely. If that were the case, the (great) Roosevelt would have brought him back during World War II... unless he was afraid of Stalin. But he wasn't the only president who didn't make any effort, 16 others from Coolidge to Biden didn't either. Since 1924, without protest from outside, Russia has owned the Wrangel Islands. I think it would be recognized as legal possession in any court. In addition, their geographical position speaks in favor of Russia
says David Wright.

In itself, the proximity of the island to the mainland of Russia strongly recommends that we not mess around with this topic. I would not want Russia to start claiming the island of St. Lawrence or Atta
writes John Schreiner.

As many commentators have noted, these islands are very close to the Russian coast. In any case, the US could have returned them 95 years ago. It is unthinkable today that they would go to war with Russia over these small islands. So this is nothing more than a historical curiosity
Boris Gurevich responded.

Thank you for the article. As far as sovereignty is concerned, we'd better strengthen our positions, since both the Chinese and the Russians are trying to flex their muscles there. We need a strengthened navy and a greater presence in the Pacific. In retrospect, the ideal time to claim the islands back was during the collapse of the Soviet Union.
writes user Tom Moore II.
Reporterin Yandex News
Reporterin Yandex Zen
5 comments
Information
Dear reader, to leave comments on the publication, you must sign in.