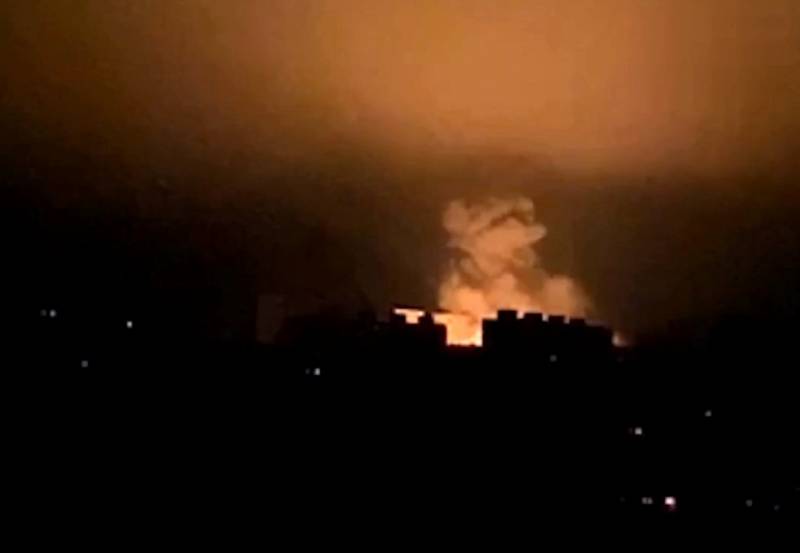 On the night of November 19, the RF Armed Forces delivered another series of strikes on the territory of Ukraine during the NMD. At the same time, Ukrainian information resources report that the Russians bombed the Motor Sich plant in Zaporozhye, and also hit one of the critical infrastructure facilities, after which part of the city was left without electricity and central heating.


It is specified that 5 arrivals were recorded, as a result of which large fires broke out. Emergency services are on the scene and the extent of the damage is being investigated. There is no data on casualties. Footage taken by eyewitnesses showing the said strikes has surfaced online.


In turn, the Russian Acting Vice-Governor of the Zaporozhye region, Vladimir Rogov, gave details of what happened. He stated on his Telegram channel that in the capital of the region temporarily controlled by Kyiv in the Shevchenkovsky district of the city, an ammunition depot of Ukrainian troops was hit, as well as workshops on the territory of the Motor Sich PJSC enterprise, where AI-450 aircraft engines and other components for aircraft were produced. .

They are installed on the Turkish Bayraktar and Akinci UAVs. In addition, the company assembled engines for military aircraft and helicopters, as well as repaired combat machinery APU
Rogov added.
Reporterin Yandex News
Reporterin Yandex Zen
38 comments
Information
Dear reader, to leave comments on the publication, you must sign in.