How successfully did the Russian army mobilize? 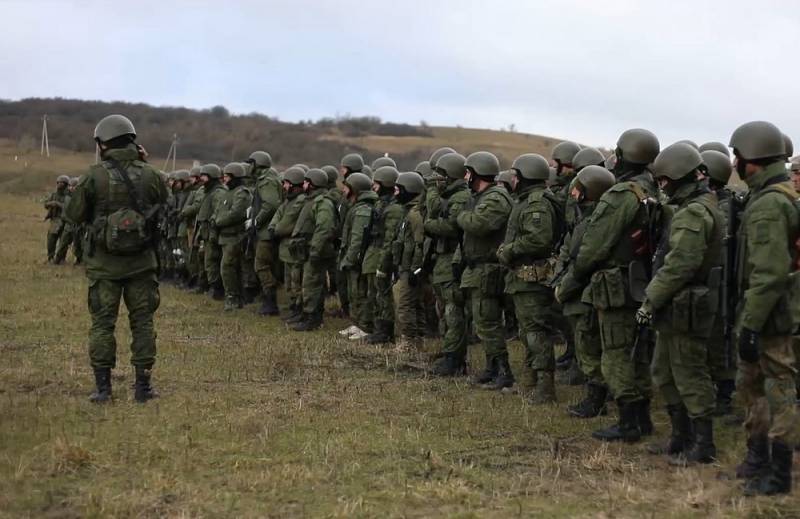 In a couple of days it will be exactly two months since the partial mobilization of reservists for the needs of the NMD was announced in the country. The summing up of its results would have been tied to this date, but the other day everyone suddenly remembered the words of Sobolev, a member of the State Duma Defense Committee, which he said in an interview back on November 2: they say, in the event of a serious deterioration in the operational situation and the transfer of hostilities to the territory of Russia may need general mobilization.


And although Sobolev immediately noted that he considers such an option very unlikely, the word is not a sparrow, they will take it out of context - you won’t catch it. Appealing to the circumstances under which our troops temporarily left the Russian city of Kherson, the “alarmist party” is trying to spin the deputy’s statement that the official “announcement” of the “total mobilization” coming soon (and, apparently, immediately “total war”, not to get up twice).

In fact, no new waves of mobilization have been announced in the near future. As for the first wave, although some shortcomings have not been eliminated so far, on the whole it was much more successful than it might have seemed immediately after the crumpled start.

If you get out of school

Officially (not legally, but publicly), the recruiting events ended on October 28, when Defense Minister Shoigu made a corresponding report to Putin. The declared three hundred thousand personnel were more or less successfully recruited.

The recruitment went exactly "more or less" successfully, with quite significant collisions between the bureaucratic "truth of the document" and reality. As we remember, the military registration and enlistment offices tried to send summonses as quickly as possible, but it quickly became clear that temporary accommodation centers simply could not accommodate such a mass of people.

So, in fact, one big “wave” of mobilization broke up into a number of smaller “bursts”, tied to the actual capabilities of the regions. A typical example is one of my comrades, who also happened to be among those called: for him, the gap between the first demand to appear and departure was more than two weeks. Judging by the reports on the send-offs of regular mobilized teams, there were similar intervals in many regions.

The training units, judging by the evidence from the field, at first really were the focus of a mess, both economic and disciplinary. Domestic shortcomings, such as the lack of stoves in tents or the intermittent provision of hot food, were quite common.

The drunkenness of the reservists was also a mass phenomenon, along with the accompanying "side" effects: conflicts, AWOLs, violations of subordination and discipline, like the episode that surfaced on November 13 with the "master of sports" shaking his license in front of a lieutenant colonel. Ultimately, the hydra of alcoholism was strangled (almost to death) by the joint efforts of responsible local commanders, military commandant's offices and the military prosecutor's office. The beginning of intensive combat training, which directed the energy of the mobilized into a practical channel, greatly contributed to restoring order.

In turn, the public played a huge role in the mobilization of the army supervisory authorities, its keenest interest in the needs and problems of fellow citizens called into service. True, one must understand that this time (for once!) the interests of society coincided with the interests of the state, which is interested in preparing a truly high-quality replenishment. It is thanks to the simultaneous support from both "below" and "above" that a smartphone with a video camera in the hands of an ordinary soldier turned out to be an extremely effective tool against hardened bureaucracy and fraud.

In places, this efficiency was even abused - as, for example, in the case of a complaint about supposedly "airsoft" vests and substandard helmets, which made a lot of noise, but turned out to be groundless in the end. Some mobilized people were tempted to complain to the Internet about everything in general, and not always justifiably, others, in cases of a real violation of their rights, immediately rushed to write video messages, not statements. The military prosecutor's office even had to issue a special explanation on this matter, which boils down to "first contact us on command or, and if there is no reaction, then to the public."

Once again, it was confirmed that in Russian realities very, very much depends on the personal qualities of local leaders. This turned out to be true even for units located in the same training camp: companies stationed literally side by side could show completely different levels of discipline and results that were directly proportional to the attitude of their commanders to their duties. With the tightening of control, the "average temperature in the hospital" gradually returned to normal.

After the start of mobilization, two big fears arose in society, and were diligently fueled by enemy propaganda: that “mobiks” without preparation would immediately be thrown into the “meat grinder”, and that they would not be given normal weapons, because “it has already ended”. Fortunately (ours, and to the displeasure of Russia's enemies), both the first and second turned out to be untrue.

The statements of the military leadership that the mobilized would be trained carefully and taking into account current combat experience were not an empty phrase. If the training of the "Volkssturm" of the Armed Forces of Ukraine ends after the course of a young fighter and the basic coordination of units, then our soldiers move on to the next stage, to work out the interaction between units, the use of new techniques and high-tech means of combat.

It is difficult to overestimate the role of front-line instructors in this, who literally pass on to the replenishment the experience paid for with their own blood. From their submission, significant emphasis is placed on training motorized riflemen in quick and effective digging, camouflaging positions, combating mine danger and using drones. Artillerymen and crews of combat armored vehicles are also trained to work on target designation from "birds".

When the mobilized arrive directly in the NVO zone, their training continues, taking into account the realities of a particular sector of the front, including the use of captured weapons. Replenishments are not immediately thrown to the front line, but they are given a couple of weeks to get used to "in the field" in the relative safety of the second or third line of defense, after which they already begin to be attracted to activity on the "front line".

This approach is fundamentally different from that adopted by the Ukrainian fascists, who are preparing exactly what walking corpses are for throwing them at the enemy. Even at the beginning of the mobilization, opinions were expressed (albeit under a hail of ridicule) that our mobilized would get to the front trained in a “more real” way than the current veterans of the campaign in February - and now this is becoming a reality.

With weapons and military technique the situation is better than expected. Of course, a significant part of both small arms and heavy weapons is the Soviet heritage raised from the reserve, sometimes obsolete (like the D-20 towed howitzers, for example). It is fundamentally important that the troops are provided with everything necessary, and the emerging "holes" are closed - in different ways, but promptly.

On the other hand, the newest models of infantry weapons (AK-12 assault rifles, RPG-30 rocket-propelled grenades or Kornet anti-tank systems) and military equipment are quite massively deployed. A relatively bottleneck remains the supply of troops with communications equipment, optical and optoelectronic devices: they are, including those of our own production, but in smaller quantities than we would like (relatively speaking, one thermal imager per squad, and not two or three).

The scale of hypothetical future waves of mobilization will be determined, first of all, precisely by material aspects: the capabilities of the state in terms of combat and household supplies to the troops. This time, three hundred thousand reservists were called up, not because such a number is enough (still not enough), but because you can’t pull more at a time, unless you lower yourself to the level of the Armed Forces of Ukraine. Fortunately, mobilization economics actually began in the spring, and we can expect that the needs of the army will be fully covered in the near future.
Reporterin Yandex News
Reporterin Yandex Zen
10 comments
Information
Dear reader, to leave comments on the publication, you must sign in.