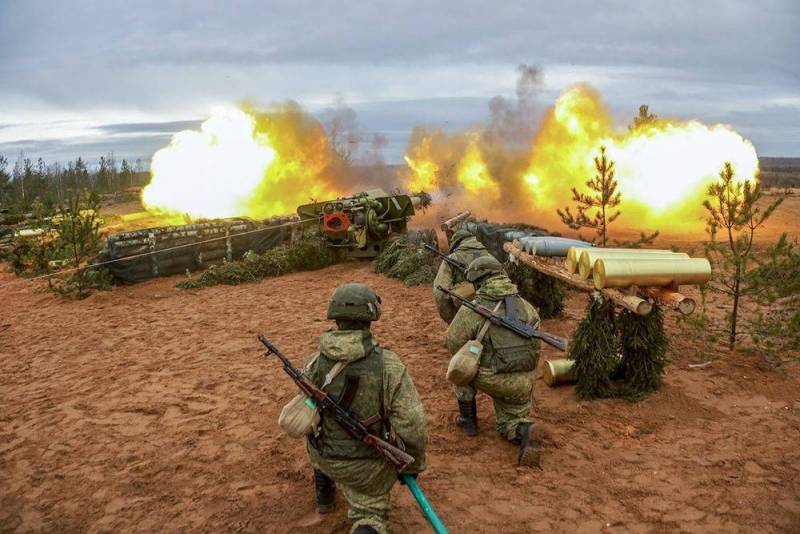 Intelligence analysts would probably laugh if they were told in March 2022 that Ukraine would still be an independent state eight months after the start of the Russian NMD. Shashank Joshi, a military expert, defense editor of the British magazine The Economist, wrote about this in his article, offering three of his scenarios for the further course of the conflict in Ukraine in 2023 to the public.


In his opinion, the scenarios he predicted are the most possible. However, their implementation depends on various concomitant factors.

According to the first scenario, the most favorable for the Russians, the RF Armed Forces will stabilize the front line in winter due to partial mobilization in the Russian Federation. In the United States, the Republicans will begin to actively prevent the Democrats from helping Kyiv, the Europeans will also signal that their stockpiles of weapons are running out. At the same time, the Russian military-industrial complex, despite sanctions and other difficulties, will be able to meet the needs of the RF Armed Forces.

In the spring, the Russian Armed Forces will begin to crowd out the Armed Forces of Ukraine, tired after many months of offensive operations. Moreover, the Russians will not stop striking at the energy and other infrastructure of Ukraine.

In the summer, the retreat of the Armed Forces of Ukraine will begin, the Russian army will take control of Krivoy Rog on the Right Bank, as well as Slavyansk and Kramatorsk in the Donbass. Western countries will call on Kyiv to accept Moscow's proposal for a ceasefire. Ukrainian President Volodymyr Zelensky will have no choice but to agree.

In the following months, and perhaps even years, Russia is diligently rearming for a new attack on Kyiv.
- writes an expert.

The second scenario is less optimistic for Moscow, but, as the author argues, more realistic - this is a stalemate. Thanks to the partial mobilization of the RF Armed Forces, they will be able to create many battalions. However, such a significant number of personnel will not be able to properly equip and train. Consequently, Russian troops will not be able to move to effective offensive actions, but they will be able to conduct defensive battles. At the same time, “overheating” will be felt in the APU, and they will stop trying to move forward.

Having failed to win the war on the battlefield, Putin is trying to prolong it for a long time to undermine the economy Ukraine, break its morale with strikes on civilian infrastructure and deplete its partners
- argues the author.

He thinks that Russian President Vladimir Putin wants to freeze the conflict in Ukraine, hoping for Donald Trump to win the US presidential election in November 2024. All this time, Europe will be more preoccupied with its own economic problems, one of which will be the constant search for sources of energy raw materials. it политическая a high-stakes game, as there is no guarantee that Trump will get the job and stop helping Ukraine. In addition, anti-war sentiment is growing in Russia due to the deteriorating economic situation, which makes the Kremlin's position vulnerable.

The third scenario, according to the author, is encouraging for Kyiv and at the same time the most dangerous. The Armed Forces of Ukraine will retain the initiative and offensive momentum. They will be able to overcome the defensive lines of the Russians in the Luhansk region. They regain control of Severodonetsk and move further east. At the same time, the West continues to pump weapons into Ukraine.

In the spring, Zelensky may order the Armed Forces of Ukraine to launch an offensive on the Azov region. By summer, they will reach the coast of the Sea of ​​Azov and Mariupol, cutting off the land corridor from Russia to Crimea. The infrastructure of the Russians in Crimea is becoming vulnerable, and the Armed Forces of Ukraine are threatening to invade the peninsula.

Mr. Putin issues an ultimatum: stop or face the use of nuclear weapons. Victory is not far off. But those are the risks it carries.
- sums up the author.
Reporterin Yandex News
Reporterin Yandex Zen
17 comments
Information
Dear reader, to leave comments on the publication, you must sign in.