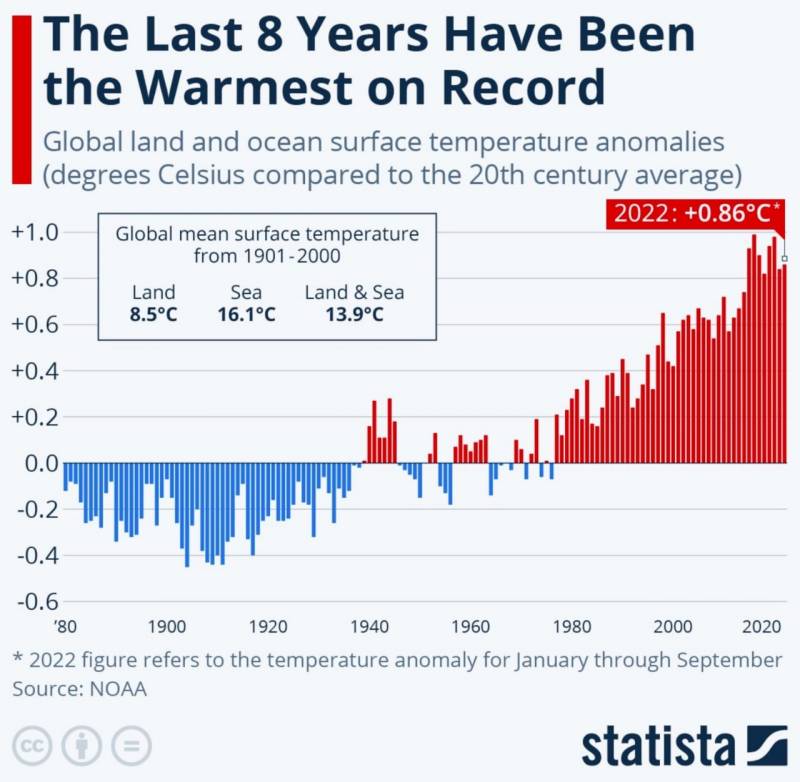 At the end of September, the pipes of the Russian Nord Streams, which run along the bottom of the Baltic Sea, were damaged. A large amount of methane got into the water, and then into the air, which has a significant impact on the planet's atmosphere.


According to some researchers, the pipeline incident added about 1 degree to the increase in the average temperature on Earth due to the greenhouse effect.

Researchers from Nanjing University (China) came to the conclusion that about 220 tons of methane were released into the air as a result of the Nord Stream explosions. This was the largest release of such gas into the atmosphere in the history of mankind.

Of particular danger in this case is the fact that anthropogenic methane is the second largest factor in global warming. Emissions usually come from industrial and agricultural enterprises.

At the same time, according to Chinese researchers, the volume of the current leakage is small in comparison with other sources of the greenhouse effect. For example, the amount of methane emitted from Nord Stream corresponds to only 1,3 days of emissions from the oil and gas industry. In total, according to the European Space Agency (ESA), the oil and gas industry emits about 80 million metric tons of greenhouse gases into the atmosphere every year.

In addition, methane is removed from the air in about 10 years by combining with some free radicals, while carbon dioxide remains in the atmosphere for centuries.
Reporterin Yandex News
Reporterin Yandex Zen
Information
Dear reader, to leave comments on the publication, you must sign in.