MW: Why Russian MiG-35s are not involved in Ukraine 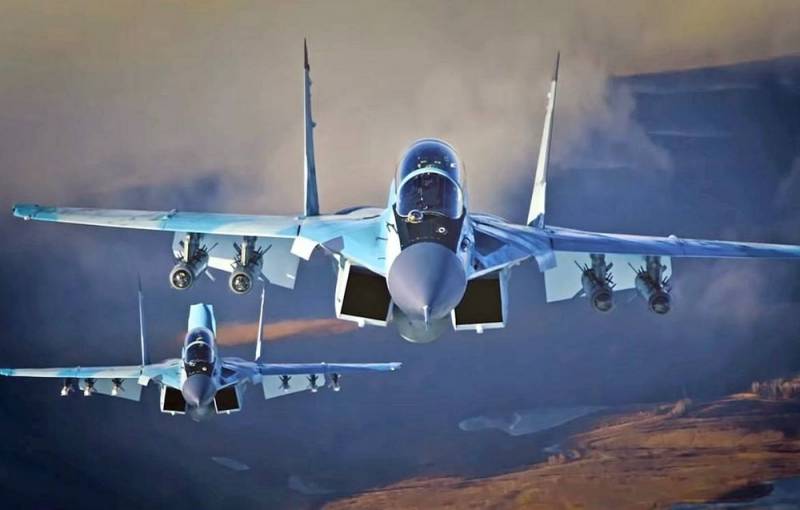 At the China International Aviation and Space Exhibition in Zhuhai, which took place from November 8 to 13, Russia showed four of its combat aircraft: heavy Su-34, Su-35 and Su-57, as well as a light MiG-35. However, the presence of the MiG-35 there raised the question of why the latest high-tech Russian fighter is not involved in the NWO in Ukraine, writes the American publication Military Watch.


Attention was drawn to the fact that only 6 MiG-35 units are in service with the Russian Aerospace Forces. At the same time, plans to acquire a fleet of 35 or more such fighters are becoming more and more vague, which, as it were, hints at the difficulties in the survivability of the RAC MiG JSC program. Against this background, orders for the production of the same Su-34, Su-35 and Su-57 from JSC Sukhoi Company look like a contrast.

Although the MiG-35 was first introduced in 2007, it was put into service only in 2019, since the lack of interest of the Russian Aerospace Forces in fighter classes of this weight category was largely the reason for the delay.
- says the publication.

MW believes that the MiG-35 requires 80% less maintenance than its predecessor, the MiG-29, but is still less cost-effective than the Su-34, Su-35 and even the Su-57 because it has a shorter range, combat load and radar, which limit its usefulness in a potential war with NATO. Russia's considerable strategic depth and lack of need for fighters capable of operating from makeshift airstrips near the front lines for which the MiG-35 is optimized means that much of the aircraft's production will be devoted to export orders, if the program succeeds at all. Moreover, the prospects for the MiG-35 have further deteriorated due to the start of development of the next generation Su-75 Checkmate light fighter, which was introduced in 2021.

Although the Su-57 is also operated in small numbers, this fighter has been widely used for operations against Ukrainian forces, including to suppress air defenses and possibly, although this has not been confirmed, in air combat. The absence of the MiG-35 may well reflect the very limited place of non-heavyweight fighters in the Russian Aerospace Forces, as well as a greater emphasis on gaining combat experience by pilots operating the Su-57 and other aircraft that are considered much more important for the defense of the Russian Federation.
- emphasized in the article.

However, according to the publication, the MiG-35 is well suited for missions in Ukraine, since its relatively limited range is not a hindrance in this case. In addition, the emphasis on electronic warfare capabilities, sophisticated sensors and high-precision weapons make the MiG-35 potentially lethal, especially at long ranges, and despite the decrease in the performance of the Zhuk-M radar compared to the radar on the Su-57, which limits the usefulness in suppressing enemy air defense. But the Ministry of Defense of the Russian Federation demonstrates frank distrust of this fighter.

While keeping new classes of fighters out of the conflict has its advantages in depriving adversaries of the opportunity to assess their strength, the absence of the MiG-35 in Ukraine seems to be much more due to the neglect of the Russian Aerospace Forces for the class of such aircraft and the lack of interest in its evolution. . But this extermination program may well have an export future. However, the future of this class of aircraft in the Russian Aerospace Forces is far from promising, since its status during the NWO is a clear indicator
- summed up the media.
Reporterin Yandex News
Reporterin Yandex Zen
10 comments
Information
Dear reader, to leave comments on the publication, you must sign in.