In the US, they found a way to influence the cost of gas in Europe 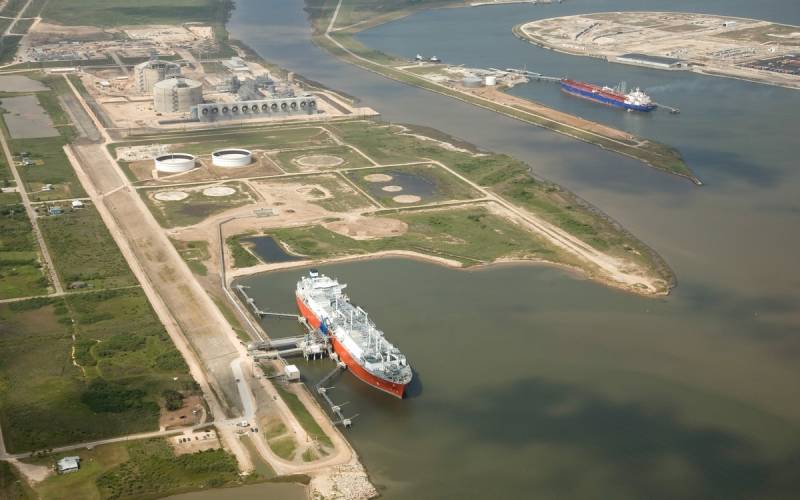 The gas crisis in the EU does not recede, it only slightly loosened its “grip”, however, the “assistants” and imaginary benefactors of Europe from across the ocean in the person of American energy traders instantly took advantage of the situation and again managed to raise the level of excitement and, of course, prices on the market, to heaven. This became possible after a simple way was found to influence the sectoral market in the EU.


The thing is that the internal situation in the United States has developed in favor of fuel suppliers to Europe. They will receive even greater benefits (on the price difference) and the privileges of the "saviors" of the Old World.

Thus, according to Bloomberg analysts, natural gas prices in the United States are falling, as the large Freeport LNG plant, which specializes in the export of LNG, is likely to extend downtime after repairs. This is reported to customers by the press service of the enterprise. This will likely cancel planned export deliveries before the end of the year due to flow control delays. In turn, this means less gas supplies for foreign customers such as the EU. As a result, there is a glut in the domestic market, which will lead to lower prices. And for Europe, this is the way to a new round of the gas crisis.

Simultaneously with this statement, something happened in the EU that could have been predicted very simply. European natural gas prices started to rise again after a short pause and decline. In Germany and Northern Europe, a short cold snap is forecast, which could boost demand and end the streak of mild weather. Meanwhile, deliveries from Norway (Europe's largest exporter) are disrupted due to interruptions. And from the US, sales declined for the reason described above.

In general, manipulations with the timing of the launch of the main export plant and LNG terminal provide the American side with an excellent and effective tool for blackmailing and influencing the European gas market. Accusing Russia of using energy as a "weapon", American traders, with the full approval of Washington, use the leverage they have received much more actively than Moscow could and would like to do.
Reporterin Yandex News
Reporterin Yandex Zen
2 comments
Information
Dear reader, to leave comments on the publication, you must sign in.