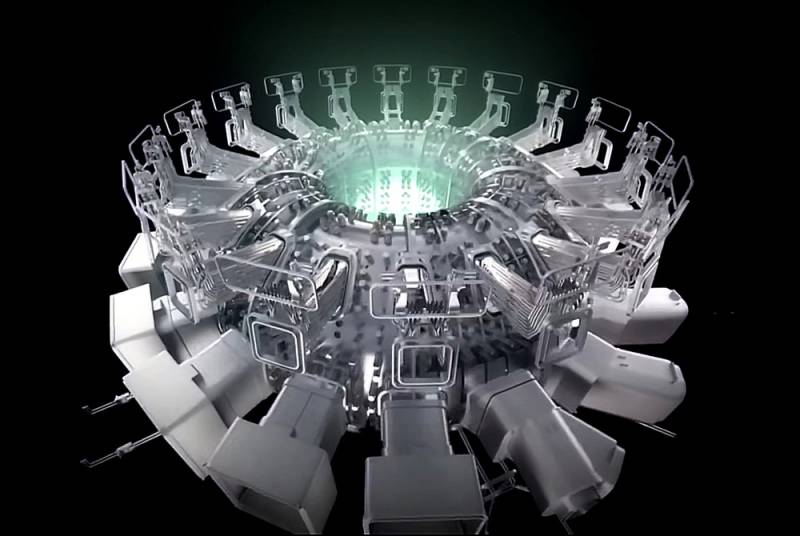 Recently, our country sent a 200-ton coil to France, which will become a key element in the international ITER project.


It is worth noting that our scientists have been working on this most complex electromagnet 9 meters in diameter for 14 years. This coil of a poloidal field is necessary to keep the plasma heated to 300 million degrees inside a thermonuclear reactor.

Tellingly, a similar element for ITER was also created by Chinese scientists. However, their coil could not hold the plasma and had to be redesigned.

Undoubtedly, Russian engineers have done a tremendous job. In this regard, many of our compatriots have a quite reasonable question: why, in the current conditions, help an international project? After all, where is the guarantee that after the completion of the fusion reactor in France, our "partners" will not exclude Russia from the project, while obtaining an endless source of cheap energy.

In fact, everything is not so. ITER is only an experimental project. Each of the 35 participants will build their own reactor. At the same time, everyone realizes that the first country to build an efficient fusion reactor will receive a huge advantage.

Speaking of the last one. To date, Russia has greatly succeeded in this matter. Last year, we launched a modified T-15MD tokamak, which is gradually increasing its power.

In addition, Rosatom recently reported that by the end of this year, a prototype equipment for our own future thermonuclear reactor, which is superior to ITER, will be assembled.

The essence of the above is that participation in the international project has brought great benefits to Russia. In particular, thanks to the perseverance of our engineers, who spent 14 years creating the reel sent to France, our country received unique Technology, which in the future will allow the creation of hybrid installations of cheap and safe energy.