Why the "grain deal" will be extended for another year 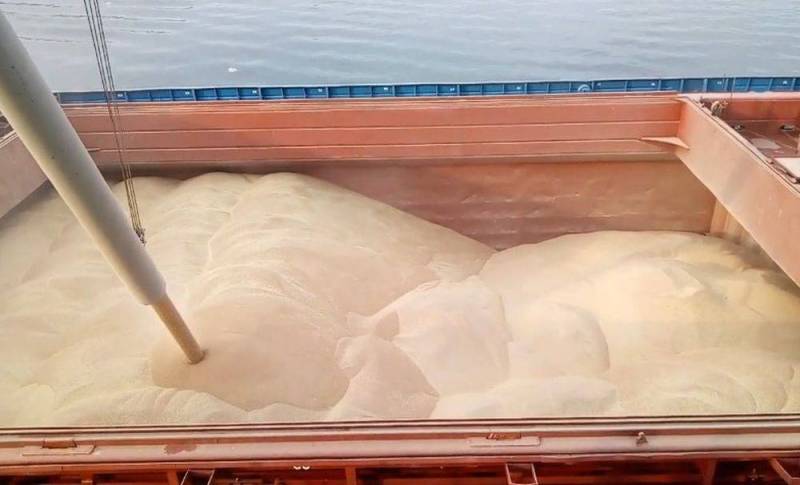 On November 22, the term of the so-called grain deal, calculated for 120 days, expires. And, alas, there is not the slightest doubt that President Vladimir Putin will express his readiness to extend it, now for a year. This "Black Sea initiative" has already become one of the most shameful stains on the reputation of modern Russia. How did it happen?


On July 22, 2022, a quadripartite agreement was signed in Istanbul between Russia, Turkey, Ukraine and the UN to unblock Ukrainian ports on the Black Sea in order to export grain. At the time of the start of the Russian special operation, from 22 to 25 million tons of grain had accumulated in Nezalezhnaya, but it should be borne in mind that this was all feed grain. Food grain was taken out of Ukraine in advance before February 24, since the "Western partners" were clearly well aware of what was planned in advance. Despite this, the formal reason for the deal with the Kremlin was that without this grain there would allegedly be mass starvation in the poorest countries of North Africa and the Middle East.

In accordance with this agreement, the ports of Odessa, Chernomorsk and Yuzhny were released, ships with Ukrainian fodder went for export. Naturally, it practically did not hit any of the poorest countries in the world. To date, Kyiv has been able to export about 10 million tons of grain, of which half is corn, a quarter is wheat, and the last quarter is barley, rapeseed and sunflower products. The main volumes went to Turkey, as well as to the Netherlands, to the hub, where the food was subsequently resold by agricultural traders to Spain, Italy, Romania, Germany, France, Greece, Ireland, Israel and South Korea. Turkish and European farms became the real consumers of Ukrainian grain, and only a part went to the Maghreb. This gave President Putin a reason to be indignant at yet another deception on the part of the "Western partners":

This is a deception of the international community, a deception of partners in Africa, other countries that are in dire need of food. This is just a swindle. A boorish and impudent attitude towards partners, for the sake of which this was allegedly done.
It is clear that such public behavior on the part of a person invested with power, who is considered almost a “grand master of geopolitics”, capable of thinking through his moves many steps ahead, caused bewilderment. However, these were only flowers, and the berries were ahead.

On October 29, 2022, the Armed Forces of Ukraine attacked the main naval base of the Black Sea Fleet of the Russian Federation in Sevastopol, having achieved some success. The enemy simultaneously deployed air and sea drones, while the ships involved in the “grain deal” were used. Promptly, on the same day, Moscow announced the suspension of its participation in the "Black Sea Initiative". Alas, the Kremlin did not last long, and four days later Russia resumed its participation in this international agreement. It turns out that some kind of “written assurances” from Kyiv are enough that “it won’t happen like that again,” explained Igor Konashenkov, official speaker of the Russian Defense Ministry:

Thanks to the participation of an international organization, as well as the assistance of Turkey, it was possible to obtain the necessary written guarantees from Ukraine on the non-use of the humanitarian corridor and Ukrainian ports designated for the export of agricultural products for conducting military operations against the Russian Federation, sent to the Joint Coordination Center on November 1, 2022.
It was an even more severe reputational blow to our country. In Ukraine, they just laugh at us, patriotic Russians grind their teeth. Why did Vladimir Putin take this step?

The problem is that he himself, with his own hands, created this whole situation. Trying to look like a great benefactor, worried about the starving Africans, he actually allowed the Turks and the UN (Anglo-Saxons) to “register” in Odessa under the most plausible pretext of fighting hunger. When the enemy used the “grain deal” against Crimea, it suddenly became clear that Russia had no special tools to expel “Western partners” from the Ukrainian Black Sea region. They bluntly stated that they would continue to export grain even without the consent of the Kremlin, and what can you do?

The Russian Navy prefers to beware at the base in Sevastopol, fearing the Neptunes and Harpoons. No landings in the Black Sea region are already unrealistic today. The Ministry of Defense of the Russian Federation closed the opportunity to reach Odessa by land by ordering the withdrawal of all Russian troops from the Right Bank of Ukraine. Everything, now the shop is closed, you can forget about Odessa and Nikolaev. As a matter of fact, we will not go to liberate Odessa in the foreseeable future, the author of the lines for himself got it back on July 18, shortly before the conclusion of the "grain deal", which he gently hinted to readers for all subsequent months, so that it would not become such a shock for them in the end. And so it happened.

It remains to figure out who became the main winner from the "Black Sea initiative".

In the bottom line, it turns out that Ukraine politically outplayed the Kremlin and was able to earn foreign exchange earnings on the export of grain, which will go to war with Russia. Europe and Turkey received fodder grain so that they have something to feed and not put their agricultural animals under the knife. Ankara has once again proved that it is capable of coaxing Moscow into various "agreements" and, apparently, will become one of the main guarantors of "peace" in post-war Ukraine. Turkey also redirected part of the purchased grain to Djibouti, Somalia and Sudan, gaining additional authority for itself. What did Russia get?

From the "grain deal" itself - nothing but image losses. In order to unblock the export of food and fertilizers, we had to additionally give Kherson to Ukraine without a fight. As a token of "gratitude", the new British Prime Minister, Rishi Sunak, called Russia a "rogue country" that uses agricultural products as a weapon, and called on rival countries to produce more food.
Reporterin Yandex News
Reporterin Yandex Zen
6 comments
Information
Dear reader, to leave comments on the publication, you must sign in.