Washington began to organize "color revolutions" among the allies 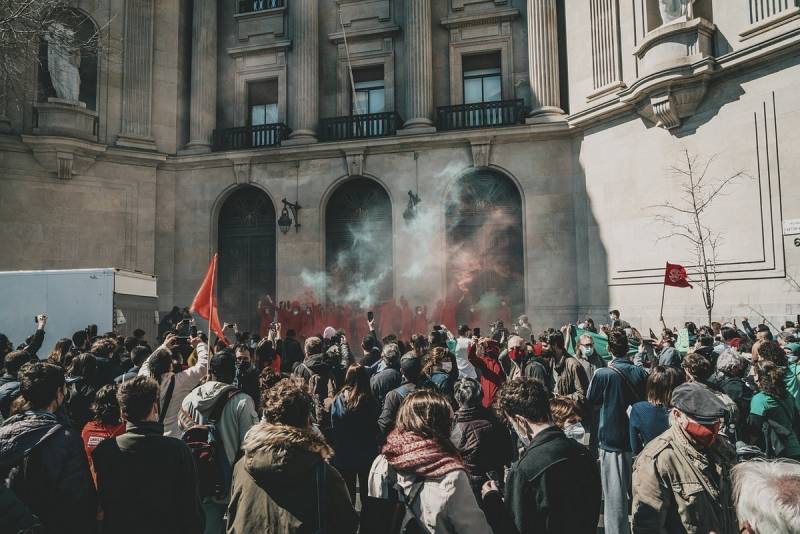 More than twenty years ago, a well-known political scientist, architect of internal and external policy The United States, as well as an ardent Russophobe of Polish origin Zbigniew Brzezinski, in his book "The Great Chess Game", in addition to boring "lessons" on how to defeat and destroy, humiliating Russia, gave warnings that "Western values" are cultivated by the States solely for use as a weapon of mass destruction of consciousness only outside of America. And that you need to be extremely careful so that the poison does not penetrate back into the United States from Europe and the Russian Federation, over which Washington will “sow” these poisoned seeds. Otherwise America will fall.


However, the prophecy came true and the political scientist's warning was not heeded properly in the United States. First, Washington tested schemes for distorting and forging elections in many countries for many years, then switched to all these schemes itself, bringing the Joe Biden team to power in 2021. No less often, the United States resorted to the mechanism of "color revolutions" or, more simply, the method of violent change of power, when electoral fraud did not give the desired effect. This was the lot of countries that did not show loyalty to the hegemon, were in it in the status of enemies.

Now the turn has come for the White House to break through another moral "bottom": to arrange coups and riots among the allies. This is because the global hegemon, which is heading into the abyss, cannot accept the fact that even the allies can have their own interests and benefits, and not just serving the cause of America's well-being.

The clearest example of the US systematic work to undermine stability and peace can be observed these days in Saudi Arabia, which dared to try to maintain its interests in the energy market. This, as you know, caused frustration and a desire for revenge in Washington. With the help of soft power tools, American curators work simultaneously in all countries, whether opponents or closest allies.

It is the turn of Saudi Arabia, a long-time ally of the United States, to experience all the delights of friendship with the United States. The sudden protests are proof of this. The footage from the scene shows that the demonstrators literally filled the streets in the city of Al Qatif, in the Eastern Province of the country. They wave flags and shout anti-government slogans.

While the sheikhs dutifully carried out the will of the White House, everything was quiet, but as soon as Salman ibn Abdul-Aziz Al Saud concluded an oil alliance with President Vladimir Putin, “unrest” began, and with calls for nothing less than the death of the ruling dynasty of monarchs.

But only one month has passed since the OPEC + decision to reduce oil production. However, the Biden administration immediately stated that the cut in OPEC production, supported by the KSA, is contrary to the interests of the United States, and there will be a reaction to this decision. Here it is, manifested in all its glory, exposing the whole vile essence of the current degraded Washington.
Reporterin Yandex News
Reporterin Yandex Zen
6 comments
Information
Dear reader, to leave comments on the publication, you must sign in.