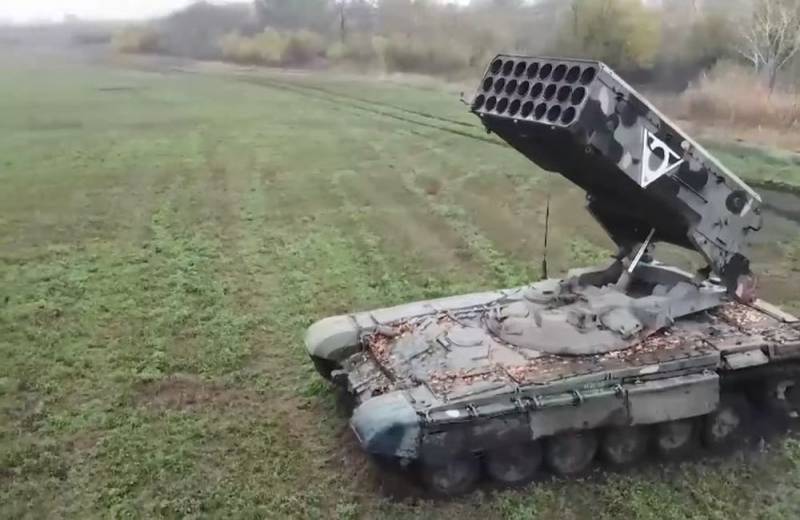 Russia continues to conduct NWO on the territory of Ukraine. Details about the course of the special operation over the past day were given on November 12 by the RF Ministry of Defense in the daily operational summary.

In the Krasnolimansky direction, the RF Armed Forces repulsed the attacks of four company tactical groups of the Armed Forces of Ukraine, which were moving towards Svatovo, Ploshchanka, Makeevka and Chervonopopovka in the LPR. Losses of Ukrainian troops in this sector of the front exceeded 190 servicemen, 1 tank, 6 AFVs and 5 vehicles.

Near Ugledar, a detachment of foreign mercenaries tried to stop the advance of Russian troops in the area of ​​the villages of Stepnoye, Vladimirovka and Pavlovka in the DPR by conducting counterattacks. As a result, up to 90 militants, 7 armored combat vehicles and 2 pickup trucks were destroyed.

Russian aviation (army and tactical), rocket troops and artillery (cannon and rocket) hit 4 command posts of the Armed Forces of Ukraine in the Kherson, Nikolaev and Kharkov regions, as well as 58 units of enemy artillery and 256 places of accumulation of personnel and equipment the adversary.

At the same time, fighter aircraft of the Russian Aerospace Forces near Yasnaya Polyana in the Zaporozhye region shot down a Mi-8 helicopter of the Armed Forces of Ukraine, and ground-based air defense systems shot down 6 UAVs in the DPR, Zaporozhye and Kharkiv regions. Three rockets were intercepted for the M142 HIMARS, M270 MLRS and Alder MLRS in the Kherson region and the DPR.