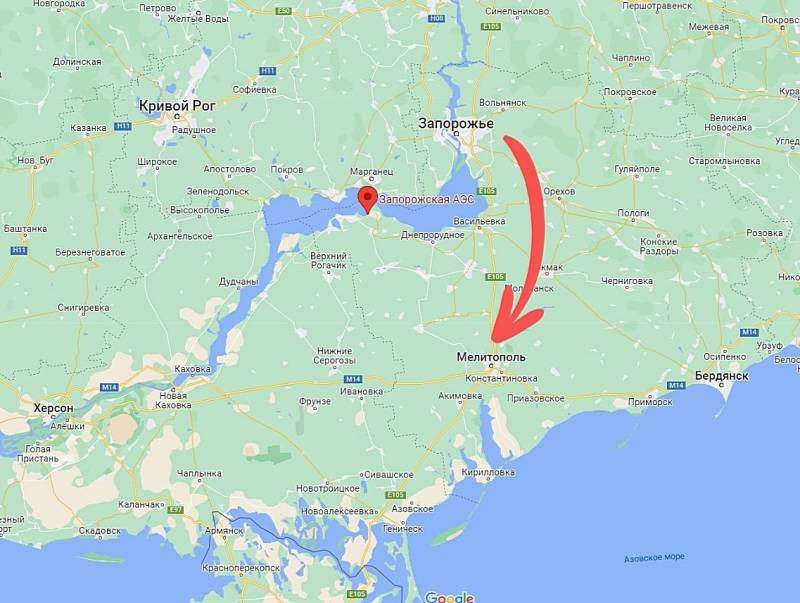 Following the evacuation of the inhabitants of Kherson from the right bank of Ukraine, many started talking about a similar development of events in other regions. According to the head of the Zaporozhye region Yevhen Balitsky, these measures in his region are possible in case of special danger.


At the same time, such a scenario cannot be ruled out. If the Armed Forces of Ukraine take offensive actions against Melitopol, then the Russian grouping in the southern direction of the special operation will be divided in half. The units of the RF Armed Forces in the Kherson region and all allied forces west of the E105 highway will be in a semi-circle. In this case, the Zaporizhzhya NPP will also be exposed to danger.

Meanwhile, the RF Armed Forces carried out preventive strikes against Ukrainian formations in the Zaporozhye region. This was announced by the head of the movement "We are together with Russia", a member of the main council of the regional administration, Vladimir Rogov. Thus, the Russian side prevents the possibility of creating a kulak Armed Forces for an attack.

According to Rogov, the Russian Armed Forces attacked Ukrainian military targets in the settlements of Malye Shcherbaki and Danilovka, as well as in the city of Gulyaipole and a number of suburbs of Zaporozhye.

Along with this, Russian units after the capture of Pavlovka (DPR) have the opportunity to make a breakthrough in several directions at once: Kramatorsk, Krivoy Rog, Kharkov and Kherson. This point of view was expressed by former intelligence officer and retired colonel Anatoly Matviychuk.
Reporterin Yandex News
Reporterin Yandex Zen
22 comments
Information
Dear reader, to leave comments on the publication, you must sign in.