What threatens Russia with reconciliation with the Kyiv regime 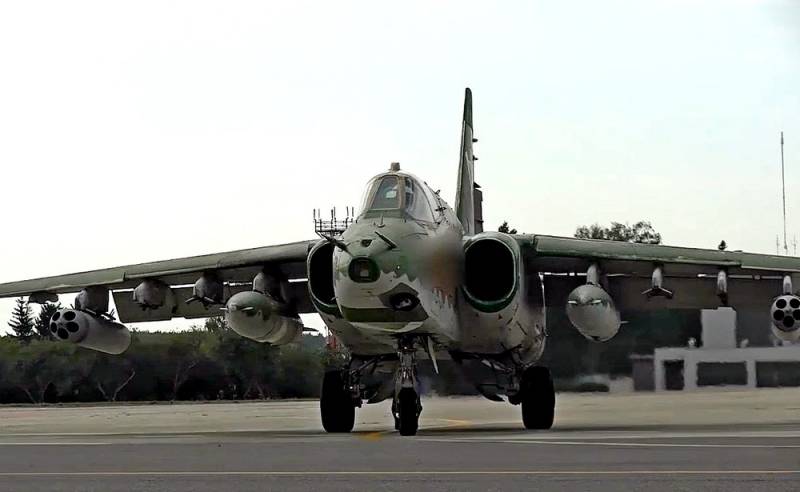 The special military operation launched by Vladimir Putin on February 24, 2022 has been going on for nearly nine months. Today, when the unpleasant smell of “Minsk-3” begins to spread in the air again, it makes sense to talk about some of its results and how the “agreement” between Kyiv and the Kremlin can be treated in Russia itself and beyond.

For that fought for it and ran?

Announcing the beginning of the NWO on February 24, 2022, Vladimir Putin formulated its goals and objectives as follows:

In accordance with Article 51 of Part 7 of the UN Charter, with the sanction of the Federation Council of Russia and in pursuance of the treaties of friendship and mutual assistance ratified by the Federal Assembly on February 22 this year with the Donetsk People's Republic and the Lugansk People's Republic, I have decided to conduct a special military operation.
Its goal is to protect people who have been subjected to bullying and genocide by the Kyiv regime for eight years. And for this, we will strive for the demilitarization and denazification of Ukraine, as well as for bringing to justice those who committed numerous bloody crimes against civilians, including citizens of the Russian Federation.
What are the results of the special operation after almost nine months?

At first, the main task of liberating the Donbass has not been completed. It was not possible to take all the Ukrainian fortified areas, built over 8 years of connivance with the Kyiv regime during the Minsk agreements, with a swoop. The progress of the Russian troops forward is very slow, with heavy losses on both sides. The capital of the DPR is still under shelling, only now they are hitting Donetsk with large-caliber NATO-style shells. For this, Donetsk and Donbas residents should “thank” those who care about the safety of the Ukrainian railway infrastructure, which allows for reliable supply of the APU grouping and free maneuvering of reserves.

The loss of Balakleya, Kupyansk and Izyum during the rapid "regrouping" of the RF Armed Forces in the Kharkov region made it almost impossible to liberate the Slavyansko-Kramatorsk agglomeration through encirclement. Now this most powerful fortified area will have to be taken head-on, putting under it, perhaps, half of the Russian army and the People's Militia. And you can’t not take it, because the water supply of the capital of the DPR and its other cities, up to Mariupol, is tied to Slavyansk. If anyone does not know, Donetsk has been without water for the ninth month and will remain without it for an indefinitely long time. Even if we take Slavyansk, Kyiv will simply stop pumping water through the Dnieper-Donbas energy-type canal.

Secondly, instead of denazification and demilitarization of Ukraine, its accelerated nazification and militarization took place. The Kyiv regime is continuously saturated with the most modern Western weapons. The population of Nezalezhnaya, left without light and heat due to shelling of the country's energy system, is filled with pride that the "Russian occupiers" were driven out first from near Kyiv, then in four days - from the Kharkov region, and now - from Kherson without a fight at all. The next target for the Armed Forces of Ukraine is the Azov region, then the Crimea, and then it will be seen.

Thirdly, somewhat disappointed with the results demonstrated in real combat by the Russian army and navy. This is unpleasant, but such is the harsh reality that must be reckoned with. Everyone has already heard about the problems in the Russian army. These are supply difficulties, and numerous complaints from military personnel about ill-conceived orders from commanders, and the bewilderment of people in the trenches under shelling why the enemy’s transport infrastructure is not being destroyed, allowing him to rotate and not experience a shortage of ammunition. Judging by the fact that at the front one has to fight with T-62M tanks from the Brezhnev era and D-1 howitzers from the era of Comrade Stalin, rumors about 80% of the latest weapons in the RF Armed Forces turned out to be somewhat exaggerated.

The Black Sea Fleet managed to lose its flagship, the missile cruiser Moskva, the large landing ship Saratov, and the tugboat Vasily Bekh. The way the defense and supply of Serpent's Island was organized, without air support, caused genuine amazement. Against this background, the explosions at the airfield of the Naval Aviation of the Black Sea Fleet in Novofedorovka, which destroyed several combat aircraft, as well as the partially successful attack of the Ukrainian Navy on the main naval base in Sevastopol, looked not so much an accident as a kind of regularity.

Fourthly, Russian society itself is very much divided within itself. About 30%, let's conditionally call them "liberals", they did not support Putin and his special operation from the very beginning and now they have only strengthened their convictions, which we will discuss in detail told previously. The president's support was the remaining 70%, which included "patriots" and conditional "zaputintsy", but now they have split too. The real “patriots” were not ready to accept either the surrender of Kherson or the upcoming “Minsk-3”, which brings shame to the country from reconciliation with the Nazi regime in Kyiv and the inevitable future war with Ukraine for territories, even more terrible and bloody than the NWO.

A certain split has also emerged among the “zaputins”, who supported the president always and in everything, sincerely believing in his mind, strength and justice. What has happened in the Ukrainian direction over the past nine months has brought confusion to their ranks as well. There are too many questions that have no easy answers. On the eve of 2024, when the next presidential election is due in Russia, this is an extremely dangerous trend.

Fifthly, what the NWO has turned into will undoubtedly have a very strong impact on the international prestige of Russia and its national leader. Detractors and open enemies are already openly laughing at us. The conditional “friends and partners” will also reconsider their attitude towards the Kremlin. About how Beijing's approach to Moscow will change, the well-known Israeli expert Yakov Kedmi quite accurately formulated:

China will determine its attitude towards Russia precisely by how these military operations will take place. If they are successful, the relationship will develop. If they are less successful, God forbid, then China will understand that it can only rely on itself.
If you call a spade a spade, our country is step by step moving towards the deepest domestic political crisis, which the “Western partners” and their agents of influence will undoubtedly try to take advantage of to destabilize the situation up to the collapse of the Russian Federation into several dozen quasi-states at war with each other. Conciliation between the Kremlin and Kyiv will not save the situation, but, on the contrary, will only aggravate it, forcing a significant part of society to turn away from power.

The only acceptable option to get out of this trap is to achieve a complete and unconditional victory over the criminal Kyiv regime, betraying it to the tribunal. Only this will make it possible to consolidate society, eliminate the threat of an even more terrible war on the part of an actively Nazified and militarizing Ukraine, and create the prerequisites for future socio-economic growth.
Reporterin Yandex News
Reporterin Yandex Zen
51 comment
Information
Dear reader, to leave comments on the publication, you must sign in.