In Kherson, all bridges across the Dnieper were destroyed 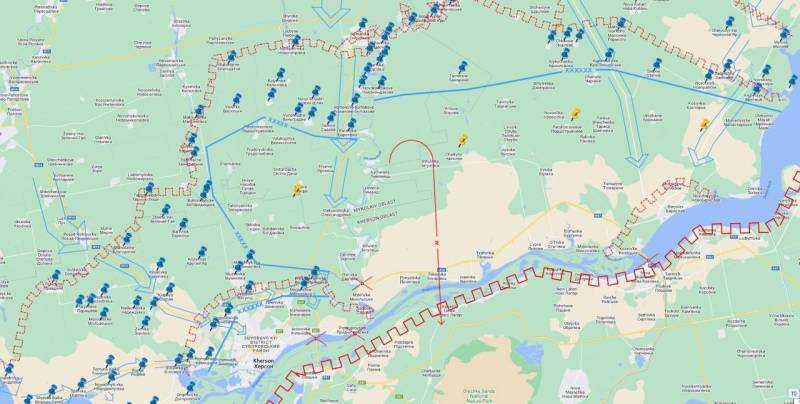 The maneuver to withdraw Russian troops from the right bank of the Dnieper in Kherson has been completed. This is evidenced by the footage posted in many telegram channels covering the NWO. The video shows the explosion of the Antonovsky bridge, which connected Kherson with the left-bank suburbs.

The nearest railway bridge across the Dnieper to Antonovsky was also destroyed, which deprives the Armed Forces of Ukraine of the slightest opportunity to cross to the left bank. Forcing the river will be stopped from the defensive lines of the Russian troops, which are now being built along the entire left bank.

In total, during the maneuver, a difficult decision on which was made by Russian Defense Minister Sergei Shoigu on Wednesday evening, about 20 personnel and 000 thousand combat units were withdrawn from Kherson. equipment. Attempts by the Armed Forces of Ukraine to strike at the crossing failed. The timely decision saved the lives of the Russian fighters, as the advanced units of the enemy are already moving towards Kherson.

According to military correspondents, units of the Armed Forces of Ukraine under the command of Generals Tarnavsky and Gritskov are already 25 km from Kherson and 40 km from Novaya Kakhovka. No matter how difficult the decision was, it saved the lives of thousands of Russian soldiers. And the bridges will be restored when we return.
Reporterin Yandex News
Reporterin Yandex Zen
12 comments
Information
Dear reader, to leave comments on the publication, you must sign in.