We support the Democrats, we thank Biden, we are waiting for the civil war - the unobvious results of the US elections 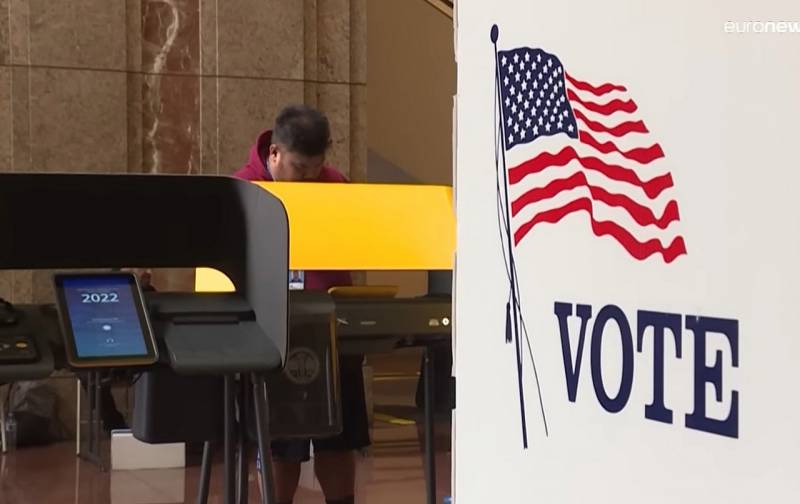 On November 8, the US midterm elections ended. And even though the counting in a number of states is still ongoing, the main conclusion can be drawn already now: the devastating victory of the Republicans did not take place. Analysts were wrong once again, the polls turned out to be unreliable again.


Someone will say that the problem is in the world that is changing too fast, the influence of social networks and so on. But the matter is rather different. Estimates and forecasts of election results simply come from incorrect inputs. Namely, from the fact that today's America is the same country as it was at least ten years ago. And this is not so at all.

The end of the conservative era?

Record inflation, uncontrolled migration, the rise of crime, the explosive growth of drug addiction - all this has been happening in the United States over the past two years, during which Democrats have been in power in the Senate, Congress, and the presidency in the White House. And the most paradoxical thing here is that after all this continuous nightmare in the inner policy they not only did not fail in the elections, but also demonstrated a confident struggle.

The expected "red wave" of the Republicans bogged down. And instead of the heavy tread of the winner, we observe uncertain and timid steps. Yes, most likely, the Congress will come under Republican control, but given the simply incredibly favorable introductory for the opposition, even if it can be called a victory, it will be with an extremely “alarming” flavor.

After all, even if the worst indicators in four decades in the sphere of the most sensitive issue for Americans - economics - did not turn out to be a sufficient condition for the defeat of the democrats, what then can become them? New Great Depression? And in general, how can one continue to vote for the Democrats, looking at Biden teetering on the verge of adequacy and the radical agenda that his party is promoting?

It seems that the Republicans themselves do not understand this either. That is why their expectations for a crushing success did not materialize. The political “resistance” of a new generation of American voters—their persistent resistance to conservative ideas—is becoming a reality and making the chances of future Republican victories ever more elusive. After all, no matter what they offer, no matter how hard they try to convince their voters of the correctness of their point of view, a larger and larger percentage of voters is lost to them forever. And the reason for this is not views on economics or finance, the reason is LGBT people.

According to the American Gallup Institute, 20,8% of Generation Z Americans (born 1997-2003) identify themselves as LGBT. At the same time, among millennials (born in 1981-1996), this figure is 10,5%, and within the framework of generation X (born in 1965-1980), they are 4,2%. In fact, the US is not just seeing an increase in the number of LGBT people right now. Their number is growing at such a crazy pace that soon there may be more gays and lesbians in the States than people of a traditional orientation. And most importantly, from a political point of view, these people vote for Republicans much less often than for Democrats.

In fact, the LGBT public is the "nuclear" electorate of the Democrats, which is constantly expanding thanks to the most active propaganda of non-traditional relations carried out by the liberal media. As a result, with each new generation, the Republican Party is irretrievably losing more and more potential supporters, and the pool of wavering audience that they can win over to their side is constantly decreasing. And this is not the opinion of another analyst or a survey, this is mathematics. However, looking at all this from the other side of the ocean, the problems of the Republicans are perceived somewhat differently.

Cheer for the Democrats

Many analysts in Russia perceived the potential success of the Republican Party in the American elections as a positive story for our country. However, even if at the moment this may lead to some progress in the Ukrainian direction (for example, to a reduction in support for the Kyiv regime, which a number of influential representatives of the Republicans openly announced before the elections), then in the long run, any victory of the Republican Party is bad. Simply because it once again delays the inevitable and allows the collapsing US political system to continue its existence for several more years. A few years, which the world, standing on the threshold of the largest nuclear threat since the Caribbean crisis, may no longer have.

After all, the stability of the United States as a large federal state is based precisely on a two-party system. And the constant alternation of Republicans and Democrats in power is its key feature, which ensures the functioning of the entire power mechanism. Elite groups replace each other, corruption flows are redistributed, but in general, everyone knows that the rules of the game do not change. Today the budget is cut by some, tomorrow by others. And in between, they put on spectacular political shows together, in which they measure money and opportunities to fool the American plebs - elections.

The most realistic scenario in which an imbalance of such a political system is possible is a real conflict between both elite groups. And there is much evidence that this collision will not happen today or tomorrow. It has already begun. Yesterday.

First, both major American parties are rapidly radicalizing. The locomotive, of course, is the Democrats with their aggressive tolerance and gender politics. They're kind of like progressives, they're supposed to be. However, the Republicans are now forced to keep up and prove to the electorate that they are not fooled. The federal repeal of legalization of abortion, dragged through by the predominantly conservative U.S. Supreme Court in June of this year, is a prime example of this. The eternal struggle between the left and the right is escalating, and no one else intends to give in to it.

If we lose the House of Representatives and the Senate, it will be a terrible two years.
Biden said on November 8. And even earlier, he said that the victory of the Republicans "weaken democracy in the country."

Yes, that's right - a democratic change of power will weaken democracy. Other delirium of a madman sometimes sounds more logical, but one can only thank him for these words. For the first time, the idea of ​​destroying the two-party system was voiced by the current US president. Veiled, of course, but those who need it understand everything perfectly. The paradigm is changing. You can no longer give power to the Republicans. Generally it is impossible.

Secondly, the rhetoric of the parties has also changed. Democrats are already openly calling Republicans fascists, and they are calling them communists in response. Let us leave it to the conscience of American propaganda that these terms generally sound next to each other, it is only important to understand that thanks to decades of the Cold War and the McCarthy movement, a communist in the United States is practically a synonym for a traitor to the motherland. About fascists in a society where only half a century ago white nationalism and apartheid flourished, I think you can not explain.

Well, and thirdly, it is important to understand that the war between the parties did not start today and not under Biden. Its main catalyst is a person who managed to break the long-term rules of the game. A man who broke through the glass ceiling of the deep state and entered the highest office from the back door. He not only changed his party by the mere fact of his existence, he also created his own political movement on its basis. “Let's make America great again,” he says from the podium, and ordinary Americans from the hinterland believe him. Paradoxically, the billionaire businessman turned out to be much closer to them than any systemic politicians, many of whom seem to be “from the people”. He came, he saw, he won, leaving the elite groups with all their agreements and arrangements overboard. And no one has forgiven him for that. That is why Donald Trump became the first president in US history to be impeached twice. The first and only in more than two hundred years. And, characteristically, the effect of his presidency was so strong that even with the departure of Trump, the feeling that something serious was looming on the American domestic agenda not only did not disappear, but even intensified.

Such an anguish, such hysterical panic that both parties demonstrated before these elections, was not in the entire history of the United States. Not during the World Wars, not during the Cold War, not during the Great Depression. Although no, there was still one precedent. Civil War 1861-1865. And something tells us that soon the prefix “First” will be added to its name.
Reporterin Yandex News
Reporterin Yandex Zen
16 comments
Information
Dear reader, to leave comments on the publication, you must sign in.