Why Surovikin decided not to organize "Stalingrad-2" near Kherson 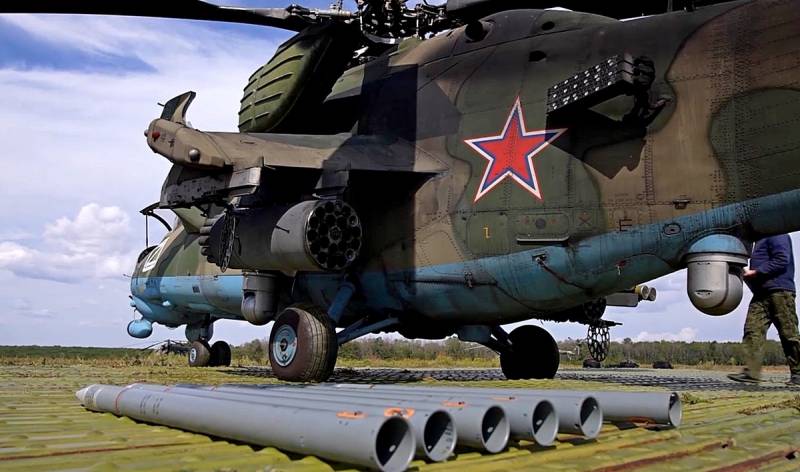 The main news yesterday, of course, was the withdrawal of Russian troops from Kherson to the left bank of the Dnieper. That everything is going to this, we warned for a long time, secretly hoping for a miracle. Alas, the miracle did not happen. What will happen next with the Russian city of Kherson, which fell under Ukrainian occupation, with the Motherland and with us?

The fact that any decisions are possible in Kherson, up to the “most difficult ones,” was warned in advance by the commander-in-chief of the NWO Sergey Surovikin. I would like to thank the general for his honesty, that he did not entertain the people with vain illusions. After the start of mass evacuation from the city and the removal of everything reminiscent of its Russianness, up to the remains of Prince Potemkin and monuments to our great commanders, it became clear to all sane people that we were really leaving there. I wanted to believe in beautiful fairy tales from “Yura Suma” about the counterattack on Nikolaev, but it didn’t work out. Why was leaving the Right Bank only a matter of time?

Because this is a natural result of the entire logic of the special operation, for which insufficient forces were initially allocated, while scattering them in several directions at once. If the entire Russian grouping were thrown only to liberate Donbass together with the NM LDNR, this task would have already been achieved. If all forces were directed to the capture of Kyiv, it would have been taken in those same three days. If we had initially focused only on the southern direction, then Ukraine would have lost not only the Sea of ​​\uXNUMXb\uXNUMXbAzov, but also the Black Sea region. However, they did what they did.

The result was an inglorious withdrawal from Kyiv, where they staged a "Bucha" for us. The Russian troops deployed to the Donbass were far from fully involved in the NMD, and the process of liberation was very slow, which was presented as an incredibly smart decision to reduce losses. During this time, while the Armed Forces of the Russian Federation and the NM LDNR were fighting against the fortified areas, Kyiv carried out a large-scale mobilization, retrained under NATO standards and re-equipped additional forces, securing a multiple numerical superiority, and itself went on the counteroffensive. Then there was the infamous “regrouping” from the Kharkiv region with the reprisals of Ukrainian Nazis over pro-Russian activists in Balakliya, Kupyansk and Izyum. Then Krasny Lyman was lost on the territory of the DPR, which was considered already freed from the Armed Forces of Ukraine.

And so the turn of Kherson naturally came. The occupation of this city in the early days of the North-Eastern Military District "with a swoop" was a huge achievement, which provided Russia with a convenient foothold on the Right Bank, which made it possible to develop a further offensive on Nikolaev, Krivoy Rog, Odessa, Nikopol, Zaporozhye and further to Dnepropetrovsk. About its strategic importance, we told previously. Alas, for some reason, the RF Armed Forces did not immediately go to the half-empty Nikolaev, which was only 60 kilometers from Kherson, and then the time for easy victories was lost.

Worse, the time when it was still possible to change something was mediocrely spent on a six-month standing on the Southern Front, until the eyes of the General Staff of the Armed Forces of Ukraine turned their attention to it. The beginning of partial mobilization was announced by the Supreme Commander-in-Chief Putin only seven months after the start of the special operation, in September, when it was already too late. At the end of August, the enemy began consistent and steady pressure, which was called the "massacre for Kherson" in the biased Russian media. Armed with American Haymars, the Armed Forces of Ukraine destroyed the Antonovsky bridge and the crossing over the dam of the Kakhovskaya hydroelectric power station with missile strikes, making it impossible to reliably supply the group of the RF Armed Forces on the Right Bank, and continued to advance. Kherson was almost doomed. Why almost?

Because during the Great Patriotic War, our Red Army somehow managed not only to keep Stalingrad, located on the opposite bank of the Volga River, but also to win this battle against the Wehrmacht. Even the Ukrainian terrorists from "Azov" (banned in the Russian Federation as extremist) lasted 2,5 months in complete encirclement. Russia also has aviation, strategic and tactical, and missile forces, but its militarypolitical the leadership preferred to surrender the only liberated regional center of the former Independent Kyiv without a fight. Today, President Zelensky is already creating his own CAA on the territory of the Right-bank Kherson region. Why?

The commander of the NMD Surovikin argued his position as follows:

Comrade Defense Minister! Comprehensively assessing the current situation, it is proposed to take up defense along the left bank of the Dnieper River. I understand that this is a very difficult decision. But at the same time, we will preserve the most important thing - the lives of servicemen and, in general, the combat effectiveness of the grouping of troops, which is futile to keep on the right bank in a limited area.
Russian Defense Minister Shoigu agreed with his arguments:

Proceed with the withdrawal of troops and take all measures to ensure the safe transfer of personnel, weapons and equipment across the Dnieper River.
The withdrawal of the RF Armed Forces from Kherson to the left bank of the Dnieper will allow maintaining the personnel of the Russian army, which can be satiated and gradually reinforced with reservists for further battles. From a military point of view, this decision may be justified. However, there will be much more negative consequences from the surrender of Kherson without a fight, without Stalingrad-2.

"Israel on the Dnieper"

At first, we are losing a foothold on the Right Bank, which closes the possibility of a further offensive on Nikolaev, Krivoy Rog and Odessa. Turkish and Western partners can breathe easy, the “grain deal” is no longer in danger.

Secondly, Russia loses its new regional center Kherson, and also loses the opportunity to liberate Zaporozhye, located on the right bank. Nevertheless, it will still have to be done sometime, but then the Armed Forces of the Russian Federation will really “wash themselves with blood”. That is, created background for the future “massacre for Kherson”, where the heaviest losses will be borne not by Ukrainian, but by Russian soldiers.

Thirdly, the Armed Forces of Ukraine received a safe natural border along the Dnieper and can now release additional forces to strike at the Sea of ​​\uXNUMXb\uXNUMXbAzov in order to cut the land corridor to Crimea, as well as destroy the Crimean bridge. After that, the peninsula will turn into an "island", which will be shot through by missiles of the Armed Forces of Ukraine, and the Navy will nightmare the Black Sea Fleet of the Russian Federation with sea drone attacks. It is possible that in order to "save military personnel and maintain combat capability" the ships of the Black Sea Fleet will eventually be withdrawn from Sevastopol to Novorossiysk.

Fourthly, the brilliant media image of our Supreme Commander-in-Chief, skillfully created by PR specialists, has faded considerably, which threatens with the most unpredictable consequences as early as February-March 2024. The liberals, as opposed to him, strengthened their views. But patriotic Russians are asking more and more questions - why did this “strange” NWO go somewhere in the wrong place and instead of hoisting the Banner of Victory over Lvov, we shoot our tricolor in Russian Kherson? Tens of thousands of our new fellow citizens from the evacuated Kherson suddenly became persons without a fixed place of residence.

Fifthly, Ukraine, which was supposed to be demilitarized and denazified within the framework of the special operation, is becoming even more militarized and nazified before our very eyes. That is, the result is directly opposite to the task originally declared by Putin. The end result of the NWO, if nothing fundamentally changes in approaches, will be the transformation of the former Nezalezhnaya into "Israel on the Dnieper". It will be a Nazi state pumped up with Russophobia and the most modern weapons, which has as its goal not only the return of previously lost territories, but also the complete destruction of the Russian Federation.

We need change here and now. About how you can try to get out of this pit-trap, we will talk in more detail later.
Reporterin Yandex News
Reporterin Yandex Zen
127 comments
Information
Dear reader, to leave comments on the publication, you must sign in.