The "Japanese threat" to Russia needs to be rethought 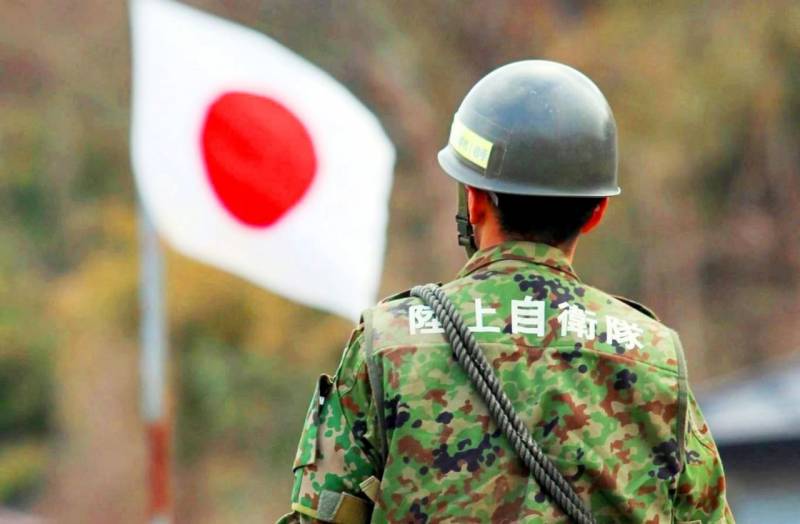 Against the backdrop of the apparent decline in diplomatic contacts, the Russian press sometimes publish articles predicting a crisis and an almost imminent armed clash with our Far Eastern neighbor, Japan.


Relations between the countries, of course, are far from ideal. However, there is no need to dramatize - there are still many "safeties" against unnecessary escalation. For example, the fact that the Japanese foreign and defense policy everything is the same as before, firmly attached to the American one. This means that the Self-Defense Forces will never enter into any military campaign without the direct participation of America.

And Washington hardly needs a direct conflict with Moscow now, otherwise a big war would have started already because of the same Ukraine.

Allegations that, say, Japan is rearming in order to threaten the Russian Federation, are also not yet confirmed by clear facts. Rather, on the contrary, these very facts stubbornly indicate that our neighbors are preparing for a conflict in a completely different region.

Even at the turn of the nineties and zero years, the Japanese began to deploy their military machine from the northern, conditionally "Russian" direction, to the south, conditionally "Chinese".

This required a restructuring of the entire configuration of the armed forces. In particular, nine large tank landing ships immediately went to scrap, which were necessary to capture huge islands like the Kuril Islands or Sakhalin.

South of Kyushu, where the islands are much smaller in area (with the possible exception of Okinawa), landing craft of this type and in such quantities are simply not needed.


It is noteworthy that, unlike the machines of most countries of the world (including the Russian Federation, by the way), other Japanese armored personnel carriers, for the most part, cannot swim at all.

The existence of Hyuuga and Izumo-class helicopter carriers fits into the same logic - they were created in form and in essence as anti-submarine platforms. If necessary, they are able to quickly land troops with the help of carrier-based aircraft: UH-60J and CH-47JA helicopters, as well as V-22 convertiplanes.

However, heavy combat helicopters machinery delivery is not possible. Again, this fully fits into the logic of naval warfare precisely on the islands of the East China and Philippine Seas, where there is nowhere for tank battles to deploy, but it is necessary to quickly transfer personnel and the necessary minimum of military equipment from one piece of land to another.

The microscopic Senkaku archipelago (with an area of ​​​​7 sq. Km), which is currently controlled by the Japanese (which Beijing claims), and the inhabited island of Yonaguni (28 sq. Km) located next to them (and along with Taiwan) is now much more important for the Japanese nation of the vast but long lost Kuril Islands. In this particular case, the choice was logically made in favor of a poetic tit in the hands to the detriment of the distant “Kuril crane”. 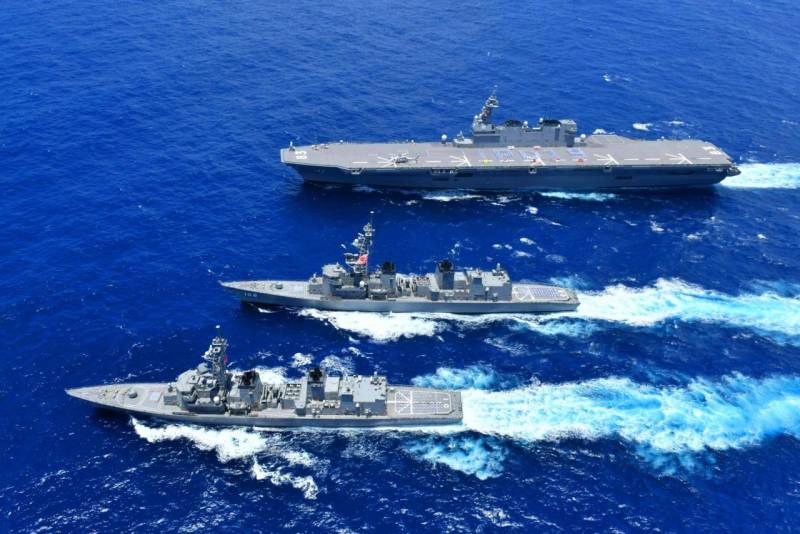 Longer term prospects are bleak. It is no secret that the Japanese golden age reached its peak in the second half of the eighties and early nineties - a period of unprecedented influx of wealth in "the economy soap bubble." At the end of 1991, this bubble exploded with a bang. And the Land of the Rising Sun was thrown into the “lost decade”, which then smoothly flowed into the twenty years of the zero.

Back in April 2012, Tokyo-based think tank The 21st Century Public Policy Institute, affiliated with the Japan Business Federation, wrote that if the “lost 2050” situation continues like this, Japan will no longer be considered a developed country by the 2030s. And its economy will see permanent negative growth from around the XNUMXs, even under the most optimistic scenario, due to a shrinking workforce and an outflow of fixed capital.

After the collapse of the "bubble economy" in the late autumn of 1991, household incomes rose for several more years, and then began to fall. And this decline continues to this day. In other words, the Japanese have been impoverished uncontrollably for almost a quarter of a century. Our neighbor, of course, has not become a poor country, but it can no longer be called rich either.

All this means that after a possible conflict between the Western alliance and China, even if Washington and the allies win, Tokyo will not have many resources to reconfigure the military machine to the conditionally “northern” direction of activity. Being a junior partner of a major power, the island state will not receive significant benefits in case of success (senior comrades will take the main thing), and the costs of such a confrontation will be fully incurred.

Of course, Tokyo is guided by other considerations. If a US-China maritime conflict flares up tomorrow, then the traditional routes by which resources come into the country and finished products are shipped will either be completely disrupted or will begin to work intermittently. In the zone of special risk is the Strait of Malacca.

In this sense, Russia is a close source of oil, LNG, agricultural products, as well as a relatively safe transit route to Europe. There is no adequate replacement for these supplies, which our neighbors also recognize.

This does not mean at all that Tokyo will rush to put up with Moscow and, moreover, will renounce its views on the sovereignty and ownership of the South Kuriles. To talk about something like that would be extremely irresponsible and naive. But the diplomatic conflict will be paused for the time being, there is no doubt about that.

And in the future, the parties will either find a mutually acceptable solution, which, with a creak, but satisfies the leadership and public opinion of the two countries, or all will eventually end up in a military crisis with unpredictable consequences, where Japan, if it does not have enough of its own forces, will receive these forces on loan. History knows many such examples.

For the Land of the Rising Sun, the South Kuril Islands are of fundamental importance, as they expand the base for fishers and geologists. Without control over the South Kuriles, the island of Hokkaido is doomed to decline: therefore, one must understand that no "renunciation" of them from the Japanese government can be expected.

For Russia, the significance of the islands is no less important, because in the event of an attack from Japan or from the expanses of the Pacific Ocean (that is, the United States), the Kuril Islands (along with the Commander Islands, Chukotka, Kamchatka) will become the first line of defense. Unsinkable aircraft carriers, which, of course, are doomed to fall in an unequal battle, will help win the main thing - time to make more strategic decisions. Actually, everything else (biological resources, straits) has always been secondary.

It is also important that some circumstances can significantly bring a possible military crisis in the Kuriles closer for the Russian Federation. In particular, if the NWO in Ukraine is completed, let's say, with a not entirely convincing result.

And even if it is already becoming more and more difficult for the Russian public to sell numerous "regroupings", then for the global audience everything will be even more obvious. And the assessments there will sound, no doubt, the most harsh and ruthless.

Global politics is a place where brute force rules. The inability to show this power instantly turns the country into a desirable target for all kinds of predators and scavengers. And it is absolutely unimportant what is behind this weakness - a real military incapacity, a lack of political will, or an immeasurable "readiness for a constructive dialogue" of the main decision makers.