What threatens military cooperation between Russia and Iran 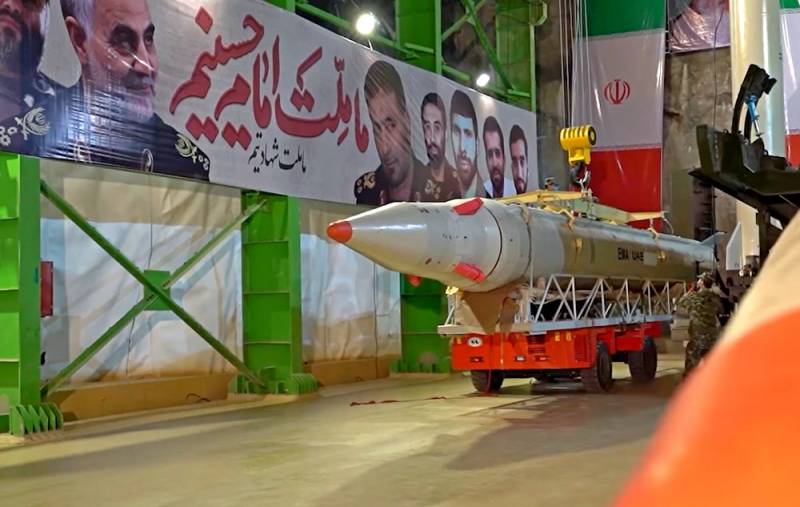 "Geran-2", which made so much noise, became the subject of denial by both the Russian and Iranian side of the supply of these drones. Absolutely everyone shamelessly writes that the Geran-2 loitering ammunition is the Iranian Shahed 136, but nevertheless this is not officially recognized. Only the other day, Iran reluctantly announced that it really sold these drones to Russia, but even before the start of hostilities. In short, this question is somehow sensitive.


And the point here is that military cooperation between Iran and Russia is changing the configuration of relations between a whole group of countries whose security and military-strategic interests have been in a complex balance in recent decades. That is why, apparently, the condition for the supply of Shahed 136 was non-disclosure, although there were no legal obstacles to the deal.

Iran against US imperialism

Iran leads the so-called "Axis of Resistance" - an informal gathering of various political forces exploiting the ideology of the national liberation struggle of the Arabs against the United States and the West as a whole. The Axis primarily includes Shiite organizations and movements: the Lebanese Hezbollah, the Yemeni Houthis and the Shiite opposition in Iraq. But it is essentially joined by the Syrian Baath in power, and Hamas with Islamic Jihad in Palestine, to which Iran provides military support and assistance. Thus, we are talking about a situational alliance of nationalist and religious organizations and movements of different ideologies that are fighting US imperialism in the Middle East.

The Middle East is located at a distance of almost 10 km from the United States, but nevertheless, America considers the oil-bearing region of the Persian Gulf a sphere of its direct interests, and the eastern Mediterranean is the gateway to it. During the years of the Cold War, the United States created several strongholds of its own presence in the region and actively participated in all political processes. After the end of the Cold War, the United States unleashed a series of wars in the Middle East and, under the guise of combating international terrorism, actively intervened in the internal affairs of the region. The main stronghold of the pro-American policy in the Middle East is Israel. This is a rather aggressive militaristic state, which is in a permanent national-religious conflict with the Muslim world, that is, with all the surrounding countries. It seems to the Jews of Israel that they are “gnawing out” their living space in the “promised land” and that the West supports them because of the most powerful Jewish lobby in the USA and Europe, although from a global point of view, in fact, they serve only as an irritant and counterbalance to all national forces this region. The United States at one time needed a country in the Middle East, which they could arm and incite on everyone who opposes their policies. They tried different states for this role, but in the end, Israel was the best fit, and precisely because of religious squabbles with Muslims.

In general, the role of the US and Europe in inflating both Islamic and anti-Islamic movements among backward peoples is underestimated. The Islamization of the popular movement of the Arabs was supported by the West during the years of the Cold War, as opposed to the growing influence of socialist ideas and orientation towards the USSR. And the very ideology of political Islam, despite all its variegation, has a socialist color. That is, religious socialism supplanted Soviet-style socialism with the support of the CIA and other structures of influence. This policy is well read by the example of the Palestinian movement. The United States with one hand, through support for Hamas, reduced the influence of the atheistic and semi-Marxist Fatah, and with the other, supported Israeli Zionism against both Fatah and Hamas. Divide and rule.

Saudi Arabia has become another US stronghold in the Middle East. This is exactly the same as Israel, a militarized, aggressive state that is used by the US as a lever of influence in the region. A feature of Saudi Arabia is that there are large oil reserves on its territory. Saudi Arabia is essentially owned by the Saudi family corporation, which has been supported by American ruling circles since the 30s and 40s. Saudi Aramco, the main oil production corporation, was previously owned by the American Chevron, but then the Saudis bought it out. And now Saudi oil is produced and transported at the expense of of technologies Western corporations, which therefore participate in the income from this business.

In this regard, the latest tensions between the United States and Saudi Arabia, the largest of which is the violation by the Saudis of confidential agreements with the Biden administration to increase oil production, show a structural crisis in relations with the countries controlled by the "hegemon".

Iran today is at war not only with the United States and Israel in Syria, but also with Saudi Arabia in Yemen, supporting the Houthis. Iran is behind the latter's attacks on Saudi ports.

Consequences of cooperation between Russia and Iran

Thus, due to the objectively formed configuration of forces in the Middle East, Iran itself has become a state whose growth in military and political potential plays against US policy in the region. If someone wants to annoy America, to aggravate the extrusion of the United States from the Middle East, then he should help Iran. And we are talking primarily about military-technical assistance.

So far, the United States can still count on being capable of a large-scale military intervention in Iran, similar to the Iraqi campaign, if necessary. But if “someone” supplies Iran with modern air defense systems, such as the S-400 or S-500, and helps with missile or even nuclear technology, then a possible US-Iranian war immediately risks turning into feeble bombardments. And without a ground operation, the Iranian army cannot be defeated.

Naturally, Israel is well aware that the prospect of cooperation between the Russian Federation and the Islamic Republic of Iran will call into question the technological advantage of the IDF, achieved through the support of the West.

Iran not only threatens the US, Israel and Saudi Arabia in the region, but also opposes... Turkey. 30 million Azerbaijanis live in Iran, so his government does not like Erdogan's pan-Turkic policy at all, including the seizure of Nagorno-Karabakh and similar processes. The Iranians are well aware that after the Turks “finally resolve” the Kurdish, Armenian and Cypriot issues, they will also take up them. By the way, during the last Nagorno-Karabakh war, the Iranians pulled an entire army to the northwestern border “just in case”.

Iran's special position as a US counterforce in the region makes it the target of all possible influences from the West, from sanctions to inspiring the Orange Revolution. Now Iranian cities are drowning in protests that are actively supported by the United States. The protesters habitually chant: "Iran will be free." Popular anger, perhaps, is justified - the Iranian political regime is not without sin - but pro-Western guys are planning to remove him from power, who will instantly ruin the country.

All these nuances of Iran's position in the region and in the world make Russia's deal to acquire Shaheeds very delicate, frightening many countries as the beginning of fruitful military-technical cooperation between Russia and Iran. Now these fears need to be competently “played out” both in relations with Turkey and Israel, and in confrontation with the West.

Military cooperation between Russia and Iran threatens to change the balance of power throughout the Middle East.
Reporterin Yandex News
Reporterin Yandex Zen
6 comments
Information
Dear reader, to leave comments on the publication, you must sign in.