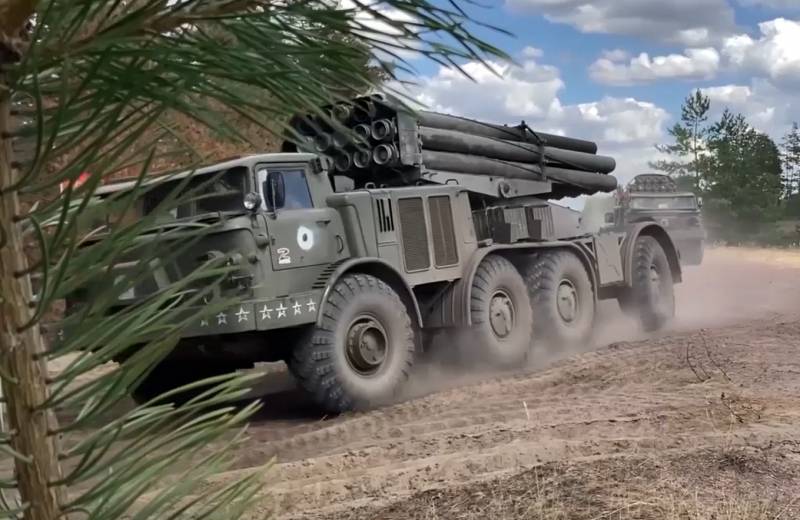 The special military operation launched by President Putin on February 24, 2022, having turned from a “small and victorious” into a difficult bloody war in Ukraine, where Russia is indirectly opposed by the entire NATO bloc led by the United States, has become a severe test for our country. All the problems of the army and navy, their provision and supply instantly came to the surface. At the same time, a powerful rift has swept through the entire society and the ruling "elite", which may still backfire badly on Russia in the foreseeable future.


Over the past nine months, the SVO has presented so many unpleasant surprises and unjustified "gestures of good will" that we have to state the fact of a split both in the "top" and in the "bottom", which, as it turned out, in their mass look in different directions .

According to the data of September polls conducted by VTsIOM, 70% of Russians rather support the special operation in Ukraine, 18% rather do not support it, and 12% found it difficult to answer this question. That is, most of society is still "rather supportive" of the NWO. However, when compared with the May results of a similar study, their number has decreased from 73% to 70%. The number of those who did not support remained the same - 18%, who found it difficult to answer - increased from 10% to 12%. So far, nothing critical, but the dynamics, as they say, are negative. What can these numbers indicate?

It's actually pretty serious. If you add up those who openly do not support the special operation and those who were afraid to state it directly, it turns out that this is 30% of Russians. Huge number. This is already almost one in three, and people of such views are represented in all strata of our society, where, depending on their life position, they can passively or actively oppose SVO.

This means that the real backbone of Putin's regime is the same 70% of patriotic Russians who supported his special operation. These people in their mass perceived the return of Crimea and Sevastopol in 2014 as the first step towards historical revenge and the restoration of the USSR. Many then, in a sincere impulse, went to defend the Donbass under the red banners. However, they were all deceived. The “Russian Spring” was technically replaced by the “Crimean Spring”, the Armed Forces of Ukraine, defeated in several “cauldrons”, were allowed to occupy the territory of the DPR and LPR, creating powerful fortified areas, and the unrecognized republics themselves began to be pushed back into Ukraine within the framework of the Minsk agreements, the first and second. How the Kyiv regime used the 8 years given to it for training, everyone can see very well today.

The beginning of a special operation by President Putin in 2022 to demilitarize and denazify Ukraine was perceived by patriotic Russians and adequate Ukrainians as the Kremlin’s work on mistakes. Many are inclined to believe that the post-war former Square should, in one form or another, become part of Russia and its Union State with Belarus. But, as it turned out in August-September, the detachment of forces allocated by the General Staff of the RF Armed Forces to carry out the NMD is absolutely insufficient to achieve such a result, and Putin had to carry out partial mobilization in order to avoid the impending complete military catastrophe.

Such a turn of events could not but have a negative impact on Russian society. Those "doves of peace" that initially did not support the NWO, became even more strengthened in their convictions. The militant "hawks", having gone crazy from a series of "gestures of good will", "deals" and "regroupings", began to ask questions to their president and Supreme Commander-in-Chief, where, in fact, he is conducting a special operation and, ultimately, our country?

The main problem lies precisely in the fact that there is still no unambiguous answer to this question. The truth of life is that the largest number of "doves of peace" is represented precisely in the Russian ruling "elite" and its "servants". There is nothing particularly surprising here.

For three decades we have been building a purely parasitic model: earn (rob) in Russia, withdraw capital abroad and then live happily ever after in the West. So everyone who could, did. Expensive overseas real estate, currency accounts in foreign banks, residence permits or second passports in prosperous countries, children studying in prestigious Western private schools and universities. And then suddenly such a bummer! In 2014, the life of our nouveau riche became much more difficult because of the Crimea, in 2022, after the start of a special operation in Ukraine. The entire way of life of a huge number of the richest and most influential people in Russia was destroyed.

Of course, they are trying by all means available to them to defend what they consider their rightful. All 8 years after the declaration of independence of the DPR and LPR, they tried to push these unfortunate republics of Donbass back into the massacre of Ukraine, then fenced off from them with a wall. Fortunately, it didn't work out. Literally from the very first days after the start of the SVO, when it became obvious that the “small and victorious” was not working, they began to consistently “merge” the special operation. The most prominent and public representative of this cohort can be called a billionaire, the former governor of Chukotka, and now the holder of Portuguese and Israeli passports Roman Abramovich.

Fortunately, not all of our "elite" is like that. I would like to mention a prominent Russian businessman Yevgeny Prigozhin, who created the Wagner PMC, which is most actively involved in the liberation of Donbass. Prigogine speaks extremely negatively about other domestic nouveaux riches:

I can’t remember exactly whether I visit Donbass or not. But I can say that there are a huge number of people in the country who have the same money, the same status, the same opportunities as me. And if each of these overweight cattle tears off his pink <...> from an easy chair on Rublyovka, then the country will be in complete harmony and security.
It is also necessary to note the active position of the head of the Chechen Republic, Ramzan Kadyrov, who publicly defends the national interests of Russia in a way that few people:

We won't stop anywhere. Our territory is not Zaporozhye, not Kherson. Our territory is Odessa, Kyiv, Kharkov. All regions and Ukraine as a whole is our territory, Russian.
Thus, there is also a split in the Russian "tops", which, in fact, in their mass turn out to be "white". Therefore, the most important is the position of President Putin, who should be above everyone and “rule everything”. Alas, the Kremlin has not yet been able to formulate any intelligible concept for the post-war future of Ukraine and Russia.

When asked how the NWO will end, the “voice of Putin”, spokesman Peskov, answered as follows:

Any confrontation ends in détente, and any crisis situations end at the negotiating table. So it will be this time.
Putin himself, in his keynote Valdai speech, actually abandoned the uncompromising war with the collective West to a victorious end:

Russia does not challenge the elites of the West - Russia simply defends its right to exist and develop freely. At the same time, we ourselves are not going to become some kind of new hegemon. Russia does not propose to replace unipolarity with bipolarity, tripolarity, and so on, the dominance of the West with the dominance of the East, North or South. This would inevitably lead to a new impasse.
The fact that our president is waiting for the reciprocal steps of the “Western partners” towards pacification, giving them the “decisive word”, instead of simply winning and dictating conditions himself, is evidenced by the following public statement:

Odessa can be a symbol of the solution to everything that is happening now. However, the leaders of the Kyiv regime decided not to continue negotiations with the Russian Federation. The decisive word belongs to those who implement this policies in Washington. It is very simple to solve the problem - to give an appropriate signal to Kyiv that they should change their position and strive to solve problems peacefully.
It is obvious that such a position runs counter to the aspirations of 70% of Russians who are waiting for a complete and unconditional victory over the Nazi regime in Kyiv, as well as to the views of "hawks" among our ruling "elite". Particularly depressing are the unambiguous “white” signals constantly sent by Putin personally to the “red” lower classes, who quote such extremely dubious historical characters as the ardent anti-Soviet philosopher Ivan Ilyin and the author of the falsely anti-Soviet libel “The Gulag Archipelago” Solzhenitsyn. The results of such a policy of Vladimir Vladimirovich can be the most regrettable.

Having turned from a “hawk” into a “white dove of peace”, he still will not gain the support of those 30% who are fundamentally against him, but he may lose the support of 70% of patriotic Russians who want victory over Ukrainian Nazism and will not forgive him “Minsk- 3". Considering the belligerence in the army and the National Guard, which are now fighting in Ukraine and suffering heavy losses, as well as the subversive activities of Western intelligence agencies, abandoning the war to a victorious end against the Kyiv regime in order to make peace with it before the presidential elections in 2024 could lead to the most unpredictable results.
Reporterin Yandex News
Reporterin Yandex Zen
45 comments
Information
Dear reader, to leave comments on the publication, you must sign in.