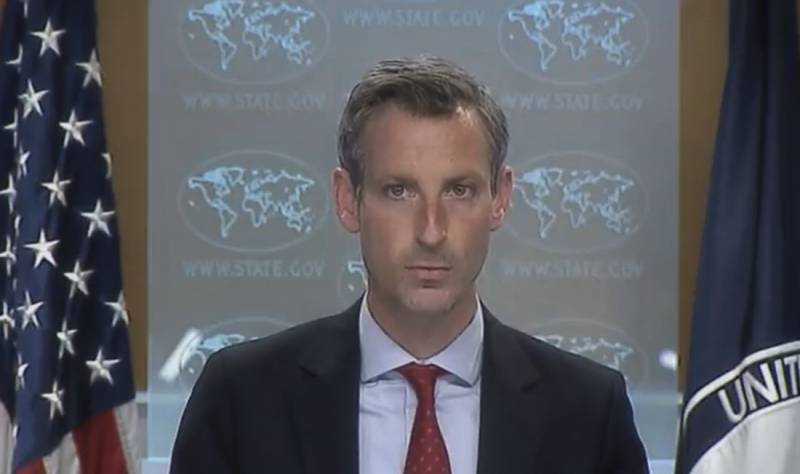 In the modern world, wars have ceased to bring social triumphs, but more and more material and political benefits. Moving to the section of shady behind-the-scenes agreements, under the guise of defeat or "victory of diplomacy" and real victims, in fact, there is a veiled subordination of one state and its people, resources to another country, to the hegemon. The leadership of the United States has been blurring the lines between the concepts of just and unjust war for decades, prolonging conflicts around the world for many years. During the long confrontation, the memory of the warring peoples is erased, who is right and who is wrong, on whose side is the truth, who started first.


Washington is trying to do something similar in Ukraine, fueling the conflict as much as possible and at the same time hypocritically advocating negotiations between Moscow and Kyiv. However, while promoting the topic of a diplomatic settlement, the White House is still cunning - such a decision was forced, the victory with only Western modern weapons that flooded Ukraine could not be achieved, as well as a turning point in the Russian campaign, so strange reports began to be heard from across the ocean. For example, the State Department is sure that there will be no victory for any of the parties in the conflict.

Even President Volodymyr Zelensky says that the situation will be resolved only through negotiations and dialogue, there can be no talk of any victory on the battlefield. In fact, this will be a process between Russia and Ukraine
- said at a briefing the official representative of the press service of the US Foreign Ministry, Ned Price.

If we consider that Kyiv is absolutely dependent, then the general situation fits into a certain easily solvable system of equations. Obviously, Washington agreed to freeze the conflict in the as is format, that is, how the situation has developed at the moment. The victory of Ukraine, complete and total, was not planned in the White House anyway, now the Joe Biden administration has one concern - that London, as an ally with influence on Zelensky, does not violate long-term plans with its own reckless intervention.

The actual recognition of the need for a freeze along the line that has developed on the battlefield always means defeat, acceptance of the status quo, the eternal sign of an attempt to avoid defeat. And this path was chosen precisely in Washington, the main responsible for the conflict in Ukraine and the leader of the West led by them, of which he also acts as herald.

Just a few weeks ago, Pentagon chief Lloyd Austin claimed that “the war will go on until Kyiv wins,” but now the American diplomatic service is saying exactly the opposite. The evolution of the situation is obvious.
Reporterin Yandex News
Reporterin Yandex Zen
4 comments
Information
Dear reader, to leave comments on the publication, you must sign in.