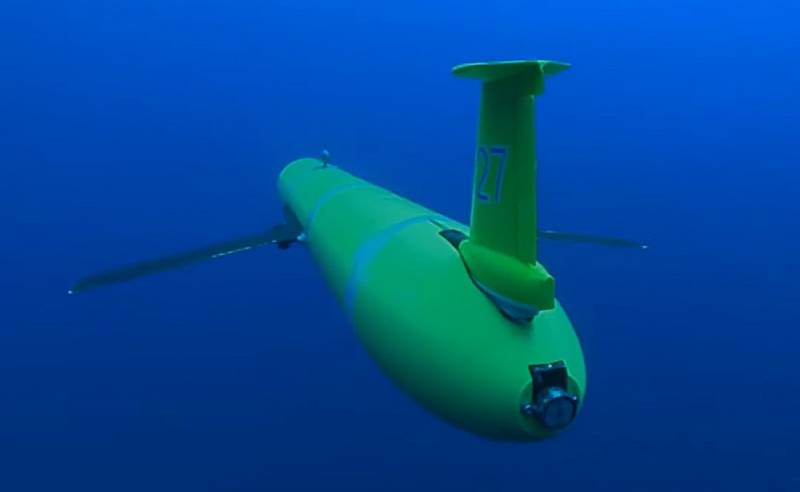 They say that a fool learns from his own mistakes, a smart one learns from others' mistakes, and a wise man uses the experience of both to his advantage. But what do you want to do if this difficult science of life does not work for the future at all?


According to media reports, President Zelensky announced the launch of a platform to raise funds for the creation of his own fleet of sea drones in Ukraine:

Next week we will launch another fundraising direction - to accumulate funds for a fleet of marine drones. I think absolutely everyone understands what it is and what it is for. <...> Everyone has already seen how it works.
According to Zelensky, millions of Ukrainians will be able to support Kyiv's initiative with the hryvnia. At the same time, Vladimir Aleksandrovich stressed that the Ukrainian Navy will be involved "to protect the country's waters," since Nezalezhnaya "does not claim foreign territories." Thus, the further vector of development of the Ukrainian navy becomes clear, which will turn from a “funny” one into an ultra-modern drone used for terrorist attacks on the Crimea and Kherson (by destroying the dam of the Kakhovskaya hydroelectric power station with a firewall).

Ironically, alas, there is absolutely nothing to be ironic about here. With an active militarytechnical With the support of the United States and its allies, Kyiv can get the most advanced unmanned surface and underwater vehicles that will make the very presence of Russian warships in the Black Sea dangerous.

For example, these can be 4M unmanned boats of the Hydra series from the Emirates company Al Seer Marine Technologies, designed for maritime reconnaissance and surveillance. Israeli-made Seagull (Chaika) unmanned boats can be used to combat (Russian) submarines and search for mines. With a length of 12 meters and a speed of 32 knots, these unmanned boats (BEC) have a payload of 2,3 tons and can operate autonomously for 4 days, controlled remotely from a distance of up to 100 kilometers. Seagulls are equipped with underwater drones to search for sea mines, torpedoes and electronic warfare, as well as a remote-controlled 12,7 mm machine gun that can shoot mines (and not only them). In a modernized version, Israeli BECs carry reconnaissance UAVs Skylark C aircraft type, launched from a catapult, which can stay in the air for up to 5 hours, and their range is 40 kilometers. Also, unmanned anti-mine boats Inspektor Mk 2 of the French company ECA Group can be used to combat (Russian) mines and underwater objects.

To solve a wide range of tasks such as patrolling, reconnaissance, searching for mines, and even strike operations, American CUSV (Common Unmanned Surface Vessel) unmanned boats, developed by order of the US Navy by Textron Systems, can be used. BEC can operate both autonomously and remotely controlled by the operator. Navigation is carried out using radar and CCTV cameras, the drone can operate without refueling from 73 hours to a week. Its equipment modules are interchangeable, so you can install both reconnaissance and echolocation equipment, as well as various types of strike weapons on the device.

And this is by no means an exhaustive list of sea drones, surface and underwater, that the Ukrainian Navy can and will receive. The question is: what will Vladimir Putin now do with all this as the Supreme Commander-in-Chief and how is he going to further advance his geopolitical projects in the face of a new threat from Ukraine in the Black Sea?

Recall that the result of the first massive attack by air and sea drones of the Ukrainian Navy with the support of British specialists and American intelligence on the main naval base of the Russian Navy in Sevastopol was a hasty suspension of Russia's participation in the so-called grain deal. However, Putin "pouted" at his Western partners for only four days and then allowed Turkish President Erdogan to persuade himself to return to it. The speaker of the Ministry of Defense of the Russian Federation Igor Konashenkov squeezed out the official version with noticeable difficulty:

Thanks to the participation of the UN, as well as the assistance of Turkey, it was possible to obtain the necessary written guarantees from Ukraine on the non-use of the humanitarian corridor and Ukrainian ports, identified in the interests of exporting agricultural products, to conduct military operations against the Russian Federation. In particular, the Ukrainian side officially assured that the maritime humanitarian corridor will be used only in accordance with the provisions of the Black Sea Initiative and the related regulation on the SKC. The Russian Federation believes that the guarantees received at the moment appear to be sufficient and is resuming the implementation of the “Initiative for the Safe Transportation of Grain and Food from the Ports of Ukraine” agreement, which was suspended after the terrorist attack in Sevastopol.
Having received "written guarantees", the Kremlin pretended that they believed the assurances, so that later they would once again cry out about deceit. In Kyiv, they laughed and began to prepare for new attacks. President Zelensky said in plain text about sea drones - "absolutely everyone understands what it is and what it is for."

Indeed, everyone understands this, except for President Putin, who for some reason does not withdraw from the “grain deal” again completely and does not abandon his plans to build the expansion of the Turkish Stream gas pipeline along the bottom of the Black Sea. Vladimir Vladimirovich, apparently, is ready to risk again budget billions for the sake of his next adventure, the fate of which is not difficult to predict.

Ukrainian underwater and surface drones will soon terrorize the ships and submarines of the Russian Black Sea Fleet not only at sea, but also at its base in Sevastopol, which Ukraine considers its own. Last time, Navy signalman Artem Zhiltsov helped to minimize the damage from the attack, who saw the approach of an enemy drone in time and raised the alarm, for which he was awarded a well-deserved award. But will the vigilance of a simple sailor be enough for the next attack?

How Putin intends to ensure the safety of the Turkish Stream underwater gas pipeline along its entire length is not worth even stuttering. Against sabotage by the Ukrainian Navy, equipped with state-of-the-art underwater drones, the main pipeline will be completely defenseless.
Reporterin Yandex News
Reporterin Yandex Zen
12 comments
Information
Dear reader, to leave comments on the publication, you must sign in.