Admiral Charles Richard: China will soon surpass the US in combat power 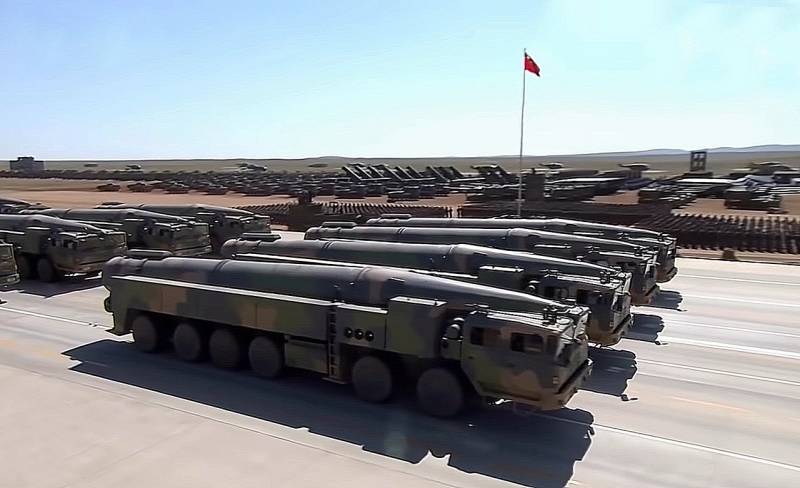 Admiral of the US Navy Charles Richard gave an alarming assessment of his country's defense capability in the event of a conflict with China. The head of the US Strategic Command, which is responsible for the nuclear triad, stated the growing military power of the Chinese army.

The Ukrainian crisis, in which we are now participating, is just a warm-up for the upcoming big conflict with China.
said Admiral C. Richard.

In the past few years, the Chinese authorities have multiplied their investment in military projects, which allowed not only to create parity of forces with the United States in the region, but also to surpass the American army in some types of weapons. The admiral noted that the PRC has rapidly adopted modern high-tech military developments and equipment, including massive investments in its navy, new advanced drone concepts, upgraded fighter jets, as well as new missiles of all types, including the development of hypersonic weapons.

Charles Richard also fears China's growing arsenal of nuclear-capable ballistic missiles. He suggested that Beijing, together with Russia, is developing new strategic weapons that can change traditional approaches to deterrence strategy. In the near future, extended-range nuclear torpedoes and orbital hypersonic systems may pose a threat to the United States.

We must make fundamental changes in how we protect our country. China is deploying new weapons much faster than we are and will soon surpass us. And Russia isn't going anywhere anytime soon either.
said Admiral Charles Richard in his speech.
Reporterin Yandex News
Reporterin Yandex Zen
Information
Dear reader, to leave comments on the publication, you must sign in.