It became known about the difficult situation in the Ugledar direction 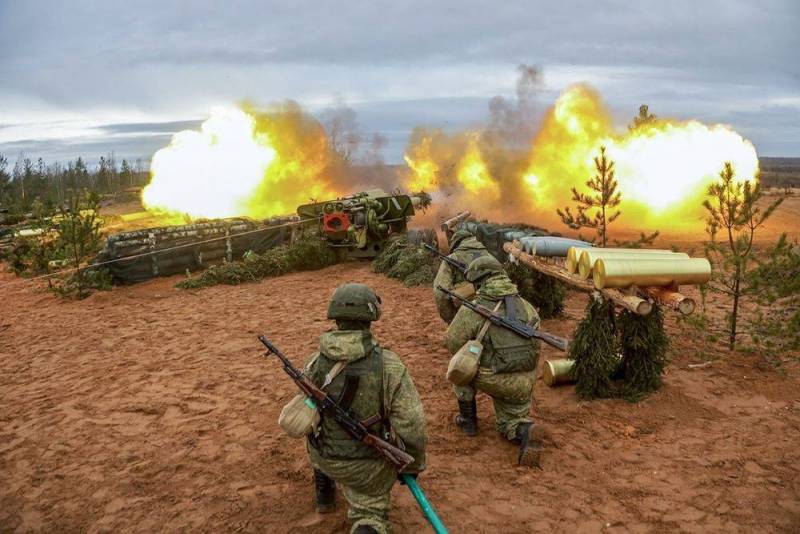 October 29 RF Armed Forces Have begun offensive in the Southern Donbass, moving towards the city of Vuhledar, which occupies a strategic position in this area. Now it became known about the difficult situation in which the units of the Russian troops found themselves in this direction.


It should be noted that on the morning of that day brigade commander Alexander Khodakovsky mentioned in his Telegram channel that he considers the decision to advance in the Ugledar direction premature, but hopes for success. On November 3, he said that from his silence it should be clear that there was nothing special to write. Moreover, the village of Pavlovka, which is located in front of Ugledar, is turning into a problematic place well shot by the enemy, although the RF Armed Forces continue to stubbornly “gnaw” the defense of the Armed Forces of Ukraine “from opornik to opornik”.

On November 6, military commander of the All-Russian State Television and Radio Broadcasting Company Alexander Sladkov made an announcement on his Telegram channel about the difficult situation in Pavlovka. He explained that the servicemen of the 155th separate brigade of "marines" of the Pacific Fleet of the Russian Navy wrote a letter to the Governor of Primorsky Territory Oleg Kozhemyako, asking him to apply on their behalf to the Ministry of Defense of the Russian Federation so that the department would urgently respond.

It is said: big losses, the inability to convey to the top management information about our high useless losses in people and in technology. I have the numbers, but then it's up to the Prosecutor General's Office. <...> There are three loud names in the letter, I know, but I don’t quote. However, I’m publishing the post myself, because they’ve been talking upstairs about the situation in Pavlovka for several days, and the blood keeps pouring and pouring
- said Sladkov.

10 seconds after this publication, the WarGonzo project responded, which confirmed that "everything is bad in Pavlovka."

The first joy from the fact that the Donbass special forces of the OBTF and the Cascade went there was replaced by extremely depressing news about the situation of the 155th brigade of the Pacific Fleet. Khodakovsky openly runs into those who planned the operation (so far without names). A colleague and our military “father” Sladkov reports painful losses and the appeal of “marines” from the 155th to the leadership of the Moscow Region. We are waiting for specifics and organizational conclusions
says the WarGonzo text.

For the sake of objectivity, it should be added that Khodakovsky also reacted to Sladkov's announcement. He wrote bitterly about the loss of a whole generation of specialists who, in his opinion, should form the basis of the military vertical of command.

This is some kind of inter-time, when the Soviet has gone, but the Russian has not come, but a career, income, pride, conceit remain ... A lot of pretentious toasts to the Motherland ... and emptiness. Alexander Sladkov posted a publication about the state of affairs in Pavlovka - sadly. Still, the hope in me for a better outcome lost out to a sober understanding of the prospects, which I expressed in a stingy formulation: I consider the offensive to be premature. And the point here is not in Pavlovka, where we ended up in a fire bag and suffer losses, but in an approach that is typical for most representatives of this “lost generation”
- summed up Khodakovsky.

Note that at the time of the release of this material, there were no official clarifications from the Russian Ministry of Defense on the above issue.
Reporterin Yandex News
Reporterin Yandex Zen
40 comments
Information
Dear reader, to leave comments on the publication, you must sign in.