The Russians were surprised by the columns of armored vehicles of the Armed Forces of Ukraine, freely moving near the front line 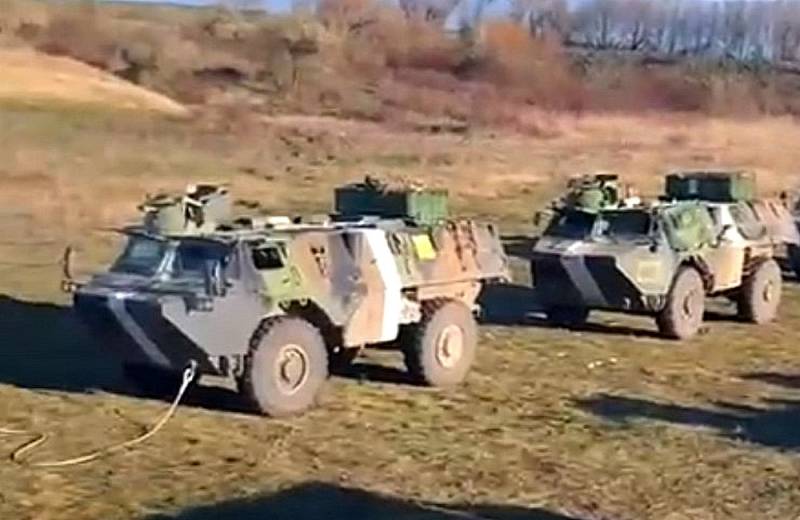 On November 5, a video appeared on the Web showing a large column of Ukrainian troops moving freely near the front line in the Kherson direction. The footage filmed by one of the servicemen shows dozens of armored vehicles VAB, Husky TSV, Kozak-2 and other units of the 46th brigade of the Armed Forces of Ukraine, ready for the offensive.


It should be noted that this video caused surprise among some Russians and criticism of information resources in Russia. They believe that the video demonstrates "another example of the lack of proper aerial reconnaissance and the possibility of subsequent destruction due to the lack of long-range precision weapons in the Russian Aerospace Forces."

In addition, they assume that this technique safe and sound”, i.e. no one will touch her, “will participate in the impending offensive of the Armed Forces of Ukraine” on this sector of the front.


As Kirill Stremousov, deputy acting governor of the Kherson region, confirmed, the armed forces of Ukraine are gathering a large number of tanks and armored vehicles to the Kherson direction.

He recalled that the evacuation in the city continues. Anyone can move to the left bank of the Dnieper and further to other regions of Russia.
Reporterin Yandex News
Reporterin Yandex Zen
33 comments
Information
Dear reader, to leave comments on the publication, you must sign in.