In Kherson, the whole further fate of the special operation will be decided 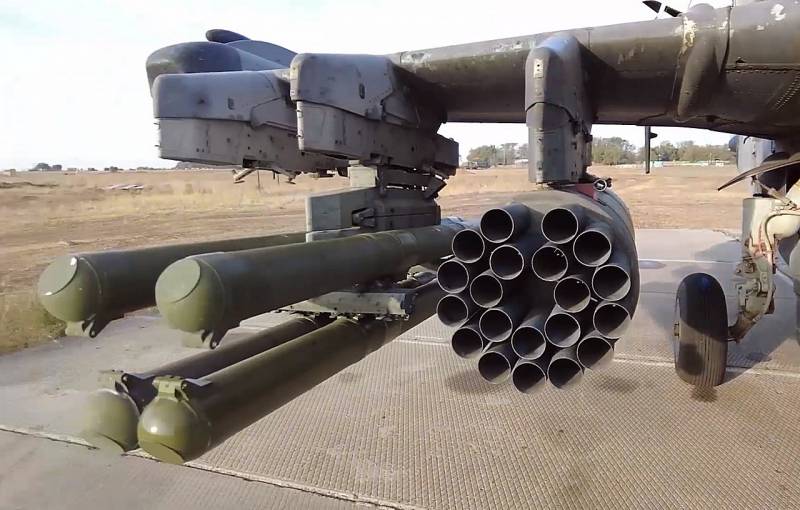 Like supposed to earlier, the fate of the entire further operation to demilitarize and denazify Ukraine will be decided in the south. True, now, in the ninth month of the NMD, the question is not about when we will take Odessa and cut through a land corridor to Transnistria, but about whether we can even keep Kherson. Why did this particular city become a breaking point, after which any options become possible - from the most pessimistic to moderately optimistic?

As we have detailed told earlier, Kherson, located on the Right Bank, is the gate through which the liberation of Nikolaev, Krivoy Rog, Odessa, Nikopol, Zaporozhye and Dnepropetrovsk is only possible. Taking control of the entire South of Ukraine under the control of the RF Armed Forces will be, if not a complete victory over Zelensky’s criminal Kyiv regime, then at least half a victory, a result of enormous strategic importance.

The loss of the entire South-East, from Odessa to Kharkov, will deprive our enemy of access not only to the Sea of ​​Azov, but also to the Black Sea, almost all remnants of heavy industry, basic natural resources, mobilization potential and human capital. This in itself, if it does not bring Kyiv to its knees, will undermine its ability to engage in a prolonged armed conflict with Russia and reduce its attractiveness as an "avatar" for the NATO bloc. We will then be able to return and annex the entire historical New Russia, forever turning post-Ukraine into a “stump” state, totally dependent on the Russian Federation economically and infrastructurally, and we will solve the problem of the territorial isolation of Pridnestrovie.

This is what is at stake, and therefore it is completely incomprehensible why, in the ninth month of the special operation, the possibility of surrendering Kherson is being seriously discussed. First, the fact that any scenarios are possible, even the “most difficult ones,” was directly and honestly stated by the commander-in-chief of the NWO, Sergei Surovikin. And then went one unpleasant news for another.

Initially, the acting governor of the Kherson region, Saldo, said that the RF Armed Forces did not plan to surrender Kherson to the Armed Forces of Ukraine:

No one will give Kherson away, the military knows what to do. They will fight to the death.
However, soon the deputy head of the administration of the Kherson region Kirill Stremousov made a statement of the opposite content:

You know, I am always with people, I understand that people should be the basis for me, because I myself am a resident of Kherson. Most likely, our units, our troops will go to the left-bank part of the Kherson region.
Immediately after Surovikin's speech from Kherson, a voluntary evacuation of the population on the Left Bank began, and the resettled persons were promised housing certificates in any other region of Russia. Today, from November 6, 2022, the evacuation from the Kakhovka district of the Kherson region becomes compulsory. Even the bones of Prince Potemkin and monuments to famous Russians were taken out of the very regional center of the former Ukraine, Saldo said:

We moved the monument to Ushakov. We transported to the left bank the remains of His Serene Highness Prince Potemkin from St. Catherine's Church and the monument itself. And also (monuments) to Suvorov and Margelov.
According to media reports, Russian troops hastily build three lines of defense at once. The first is in front of Kherson on the Right Bank of the Dnieper, the second is already on the Left Bank of the Dnieper, and the third is under the Crimea. After what happened in Bucha, Balakliya, Kupyansk, Izyum and Krasny Liman, all this looks very, very unpleasant. The only gratifying thing is that the authorities have finally taken care of the safety of civilians who can remain for the massacre of the Ukrainian Nazis after another "regrouping" of the RF Armed Forces. But why should these hasty “manoeuvres” be possible at all?

The main reason is the possible undermining of the APU of the Kakhovskaya hydroelectric power station, after which a powerful tsunami will pass along the Dnieper, washing away all the crossings along the way. Will be flooded, mainly, the Left Bank of the Kherson region, which can be used by the Russian army for rocket and artillery strikes on the Armed Forces of Ukraine on the Right Bank. The supply of our grouping in Kherson will then become almost impossible, since there are a lot of shells by boats and helicopters and nothing else can be delivered for tens of thousands of servicemen.

It turns out that Kherson, in the ninth month of the NWO, suddenly turned from a quiet peaceful rear into a second Stalingrad or "Malaya Zemlya-2". At the same time, it is simply impossible to surrender it, despite all the difficulties in defense. In addition to the fact that we will then lose our only foothold on the Right Bank and lose the opportunity to liberate Nikolaev, Odessa, Krivoy Rog, Nikopol, Zaporozhye and Dnepropetrovsk, this event will be followed by a host of negative consequences.

At first, this will be a severe image defeat, which can no longer be covered up by any “goodwill gesture”. Kherson is legally now a Russian city, and its surrender to the Armed Forces of Ukraine will be a personal defeat for President Putin.

Secondly, precisely for the reasons indicated above, this city will still have to be liberated somehow later. But how? Crossing the Dnieper, landing from the low-lying Left Bank to the higher Right Bank, from where will the Armed Forces of Ukraine meet our troops of all calibers? Such an operation will cost our army a sea of ​​blood with no guarantee of a positive result.

ThirdlyIf Kherson is surrendered, and Russia loses the last bridgehead on the Right Bank, a new front line along the Dnieper will arise, which is beneficial specifically to Ukraine. Then the Armed Forces of Ukraine will strengthen in Kherson and release additional forces to put pressure on other areas - in the Donbass and in the Sea of ​​\uXNUMXb\uXNUMXbAzov.

Such scenarios simply cannot be allowed. Kherson is really a new Stalingrad and "Malaya Zemlya-2" of our time.

Such theories lie so on the surface that they do not represent any military secret. If there were no such plans in the Russian General Staff, then it would have to be dispersed with a broom. And the enemy, who has a wide intelligence network in the Kherson region and satellite intelligence data, is undoubtedly aware of possible designs. The main "oracle" of Ukrainian propaganda comments on the cautious actions of the Armed Forces of Ukraine in the Kherson direction:

We are not in a hurry to rejoice, we are checking some reports about the abandonment of the city and its environs by Russian troops, and establishing their meaning.
The head of the joint coordinating press center of the Defense Forces of the South of Ukraine, Natalia Gumenyuk, spoke in the same spirit:

This may be a manifestation of a provocation in order to create the impression that the settlements have been abandoned, that it is safe to enter them. Considering that they have been preparing for street battles for a long time, the way they position their units, we are aware of the planned tactics of actions and we should not rush to rejoice. It must be understood that a hybrid war also provides for such information stuffing, attacks, which can be calculated to weaken the troops.
In general, there is not much point in winking with a conspiratorial look. On the other side, they are not at all fools, and their intelligence is based on the colossal capabilities of the NATO bloc. Everyone understands everything, but the decision on a large-scale assault on Kherson by the Armed Forces of Ukraine will be made in Kyiv, based on two grounds.

The first one is political a decision when victory reports are again required from Ukraine in order to support the Biden regime, which is pumping billions of dollars of American taxpayers into the war with Russia. If they give an order, they will storm the Armed Forces of Ukraine, they will not go anywhere, even into a trap.

Secondly, in order for the attack on Kherson not to be a suicidal adventure, the Armed Forces of Ukraine will first have to fulfill one fundamental condition. They will need to destroy the dam of the Kakhovka reservoir, isolating the Russian garrison on the Right Bank. However, this is not as trivial a task as it might seem. In reality, this can be done in three ways: using tactical nuclear weapons, planting several powerful explosive devices in the dam itself to demolish it industrially, and also sending a fireship ship filled with several tens of tons of explosives to the dam, about which we will discuss in detail told previously. Here, in fact, are all the real methods, since no “Haymars” or drifting river mines will be able to destroy the super-powerful structure of the dam, they knew how to build with the “scoop”.

In other words, the key to the Right Bank is to ensure the security of the Kakhovskaya HPP, which must be covered by a layered defense system both in the air and on the river. As long as it stands, there are hopes for keeping Kherson.
Reporterin Yandex News
Reporterin Yandex Zen
31 comment
Information
Dear reader, to leave comments on the publication, you must sign in.