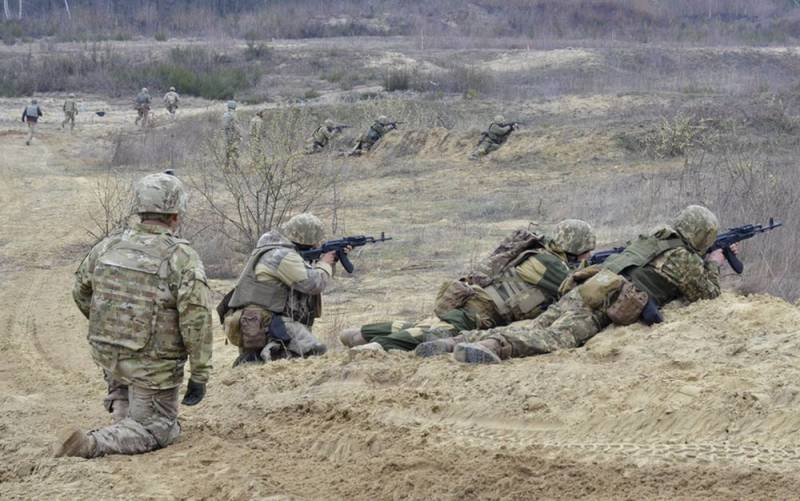 On the night of November 4, following the order of the command, the paratroopers of the Armed Forces of Ukraine attempted to break through the defensive lines of the RF Armed Forces on the border of the Kharkov region and the LPR. Two formations of the Ukrainian Air Assault Troops at once, the 25th (military unit A-1126) and the 80th (military unit A0284) brigades, sent one company tactical group to attack in the area of ​​the village of Kuzemovka near Svatovo and near the village of Terny near Kremennaya, respectively.


The 25th brigade planned to go to the R-66 highway and cut the communication between Svatovo and Kremennaya, and the 80th brigade was supposed to take under fire control a section of the R-07 highway (Chuguev - Starobelsk - Melovoe). However, the Ukrainian paratroopers failed to complete the task. Having suffered significant losses, they were forced to retreat to their original positions.

At dawn on November 4, a Russian drone spotted armored vehicles of the 25th brigade approaching over rough terrain. According to their coordinates, large-caliber rocket artillery of the RF Armed Forces immediately worked. At the same time, units of the 80th brigade were left without communication due to the operation of Russian electronic warfare systems, which is why they decided to contact the command through open channels. According to the fixed coordinates, the barrel artillery of the Russians immediately began to fire.