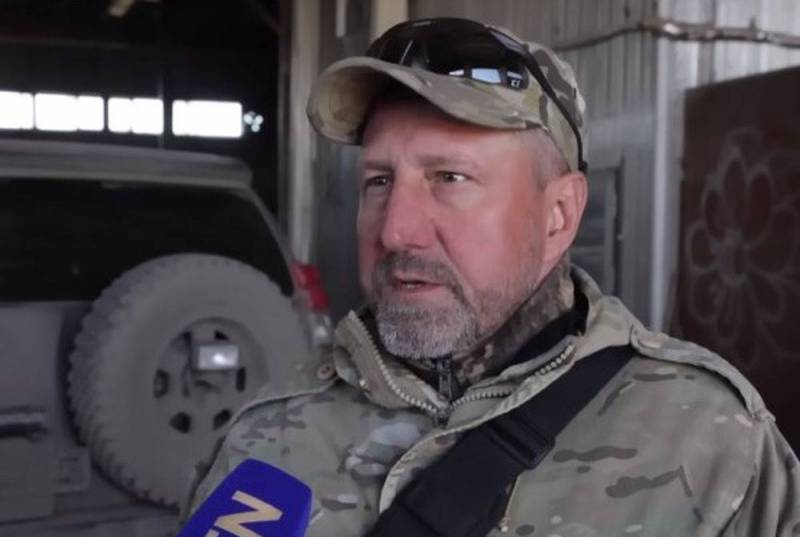 During the battle for Mariupol in the spring of 2022, units of the NM DPR suffered some losses from "friendly fire" from the Russian Armed Forces. This was announced on November 5 in his Telegram channel by the commander of the Vostok brigade (former Vostok battalion - military unit 08818 - 11th separate guards motorized rifle Enakievo-Danube regiment) Alexander Khodakovsky.

After the Mariupol operation, we considered that we suffered most of the losses from friendly fire. Someone even called the figure - sixty percent. This is an ordinary phenomenon, but its spread depends, of course, on the competence of commanders - especially artillerymen.
- said the brigade commander.

He noted that once, when his formation was carrying out a combat mission, mines began to fall on him from the rear. They began to find out who was firing. With the help of a drone, a mortar battery was identified. Having established contact, we found out that this was a mortar unit of the RF Armed Forces, which had received an order to shell a certain area. At the same time, the mortars had only a paper map of the area and there was no drone to adjust the fire. They reported that they were shooting "at a point on the map", simply following orders.

Khodakovsky clarified that his fighters then did not depart from these mortars and corrected their fire. They installed the necessary programs on the mortarmen's smartphones and taught them how to use them. At the same time, there were quite a lot of cases of “friendly fire” and other “friendly actions”.

For example, moving somehow along the industrial zone in Mariupol at night, the fighters occupied buildings and held them. Then in the morning there was to be a rotation. These fighters had to be replaced so that they could rest. But on the route of movement there were mines laid by someone.

Some army general gave a command to his engineers to mine the front, which had gone ahead in a day, but the general did not even bother to ask. As a result, several people died, including the tank crew with the commander of the tank company, who was on foot to receive the task.
- said the sad details of the commander.

Khodakovsky, who has combat experience since 2014, noted that over the time that has passed since the beginning of the NMD, there was hope that some commanders would gain experience and the number of cases of rash (uncoordinated) actions by the allied forces would decrease. However, he was wrong, as this continues to this day.

That night, one of the units was returning in rotation from the "front end" with the lights off. But the vehicles with the fighters landed straight into a ditch dug by "army subcontractors from the nth corps" on their way overnight.

There, in general, a wild commander of the engineering service, ruined all the access roads, along the route, because of his art, there are inverted Urals ... In general, with such geniuses, we don’t even need enemies. Gentlemen army chiefs, control the situation - it's time to grow
- summed up Khodakovsky.
Reporterin Yandex News
Reporterin Yandex Zen
8 comments
Information
Dear reader, to leave comments on the publication, you must sign in.