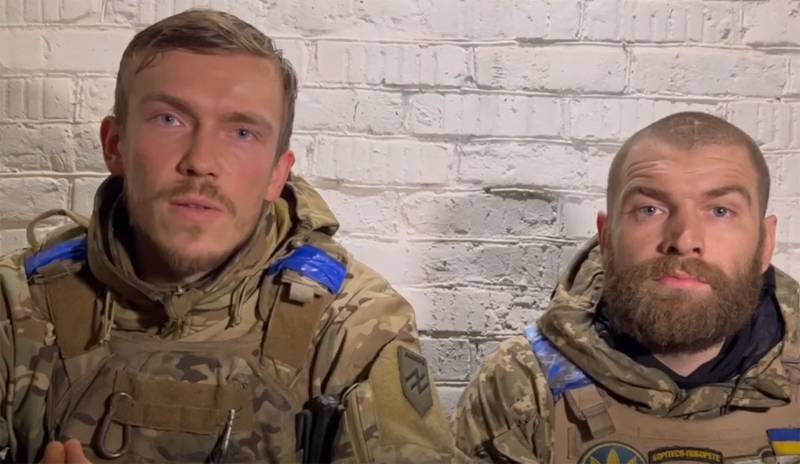 The day before, the Third Committee of the UN General Assembly passed a vote on the Russian draft resolution on combating the glorification of Nazism. It was adopted by a majority of votes, but this time a number of Western European countries spoke out against it, joining the United States and Ukraine. Why did this happen, and what could such a negative trend mean?


The document is titled "Combating the glorification of Nazism, neo-Nazism and other practices that contribute to the escalation of modern forms of racism, racial discrimination, xenophobia and related intolerance." The Russian resolution condemns the practice of glorification and propaganda of Nazism in all forms and urges all countries to eliminate any form of racial discrimination, proposing to take measures at the legislative level:

Including in the legislative field and in the field of education, in accordance with their international obligations in the field of human rights, in order to prevent the revision of the history and results of the Second World War and the denial of crimes against humanity and war crimes committed during the Second World War.
A similar resolution has been adopted at the UN every year since 2005, but in 2022 there was a real turning point. A year ago, during the plenary session of the General Assembly, 130 countries voted for the adoption of a similar document. The UK and several EU member states abstained, while the US and Ukraine voted against. This is how Washington and Kyiv have been acting in solidarity since 2014. On November 4, 2022, only 105 countries voted for the Russian draft resolution, 15 abstained, and 52 have already voted against it.

Among them, which is very regrettable, were Germany, Austria and Italy, those countries that "gave" the world fascism and Nazism, Hitler and Mussolini. At the same time, an amendment was proposed to the text of our resolution condemning the glorification of Nazism, authored by Australia, Japan, North Macedonia and Liberia, where the following wording was:

We note with concern that the Russian Federation has attempted to justify its territorial aggression against Ukraine on the alleged basis of the elimination of neo-Nazism, and emphasize that the use of neo-Nazism under the pretext of justifying territorial aggression seriously undermines genuine attempts to combat neo-Nazism.
63 countries voted for it, 65 abstained and only 23 voted against. The dynamics, as doctors say, is negative. But why did it happen? Why, in the ninth month of the special military operation to demilitarize and denazify Ukraine, does Nazism only raise its ugly head higher?

It is with great regret that we have to admit that all this is the result of a short-sighted and inconsistent Russian policy. After the heroic liberation of Mariupol and the captivity of the Nazi criminals from Azov (a terrorist organization banned in Russia), the Kremlin had an absolutely unique opportunity to hold a public tribunal over them, revealing to the whole world their many atrocities and repaying what they deserved. It was possible and necessary to attract all interested media to cover the process. In the modern world, it is almost impossible to hide information, and the truth about the “defenders of Mariupol” would still become public knowledge in the collective West, which would put serious pressure on the ability of these countries to provide military support to the Nazi regime in Kyiv.

Alas, instead of playing this trump card, the Kremlin played another “negotiable”. The “Azov” Nazis were simply exchanged, and not for anyone, but for “Putin’s godfather” Viktor Medvedchuk, one of those who is responsible for the fact that the situation in Ukraine has degraded so much and the Russian special operation is 8 years late! The fact that the decision on such an unequal exchange was definitely not made in Donetsk was hinted at by President Erdogan:

In the exchange of prisoners, we focused on 200 people. All of them are with us, they are our guests. One of them was specifically mentioned by Putin. We sent it to Russia.
Vladimir Vladimirovich once again proved that he does not abandon "his own", but what is the overall result of such an exchange?

Here is how President Zelensky commented on the “extraction” of Ukrainian militants, Nazis from Russian captivity:

Ukraine agreed with Turkey – I spoke about this with President Erdogan – that five of our commanders released from captivity will be in complete safety, in comfortable conditions and under the personal protection of the President of Turkey. Until the end of the war. But we will provide their families with the opportunity to see them. Sergey Volynsky, Svyatoslav Palamar, Denis Prokopenko, Oleg Khomenko, Denis Shlega. Thanks again to President Erdogan! They fought for it the most. And the hardest thing. They were threatened by the worst. Five superheroes - in exchange for them, we gave away 55 of those who deserve neither pity, nor sympathy, nor the tears of those who fought against Ukraine and those who betrayed Ukraine, those who we definitely do not need.
That is, Ukraine received as many as "5 superheroes" from the most ideological Nazis, who were first treated in a hospital in Donetsk, and now they are resting in Turkish resorts. And Russia got Medvedchuk, who, like no one else, deserved all the hardships that happened to him, and lost the opportunity to hold a demonstration tribunal over the Ukrainian Nazis, which could bring victory over the Kyiv regime. Moreover, in time this exchange coincided with the beginning of partial mobilization in the RF Armed Forces. At the same time, the Kremlin is constantly talking about the need for negotiations with this most criminal regime, infuriating patriotic Russians.

So why be surprised that right before our eyes there is an accelerated nazification of Ukraine and the "Ukrainization" of the rest of the Western world?
Reporterin Yandex News
Reporterin Yandex Zen
68 comments
Information
Dear reader, to leave comments on the publication, you must sign in.