On the way to NATO: Finland continues to militarize 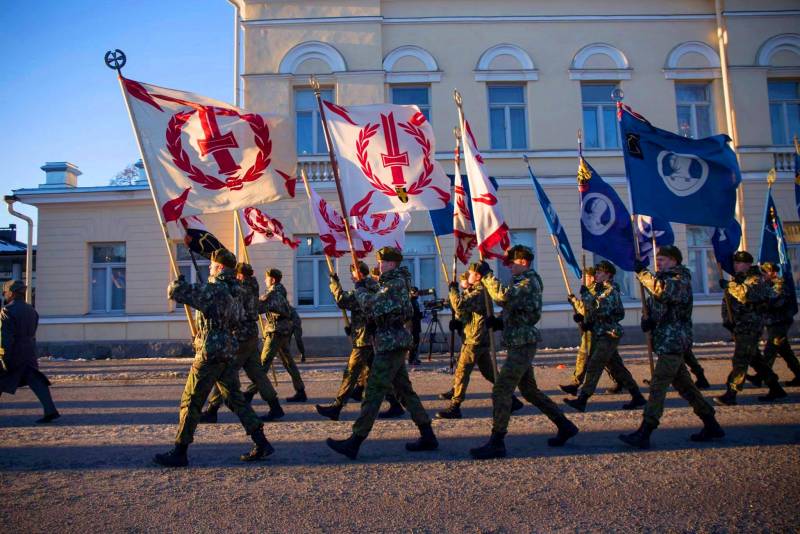 According to the General Staff of the Finnish Armed Forces, many soldiers who had previously been transferred to the reserve have returned to service, according to the Finnish party newspaper Suomenmaa, citing the resource Uutissuomalainen.


The Finnish Defense Forces recently re-employed about 200 soldiers and officers who had previously left permanent service due to retirement or other reasons.

An additional 42 million euros were allocated in the military budget for the provision of these additional personnel.

Due to what is happening in Ukraine and other changes in the security situation, the Finnish Defense Forces have also increased the number of refresher activities and exercises with their international partners.

The General Staff said that according to the latest data, about 39 percent of those who left the army cannot be re-hired for military service.

In terms of readiness and usefulness, it is important that we can also use reservists for tasks that require experience.
says Johan Tillander, director of communications for the Finnish Defense Forces.

It is worth noting that the official Helsinki has long taken a course towards militarization specifically against the Russian Federation. Back in 1990, the Finnish government refused to comply with certain articles of the peace treaty with the USSR.

Then, already in the nineties and two thousandths, the Finns began to abandon the military equipment Soviet and Russian production, thus denoting their geopolitical priorities. At the same time, Russian-Finnish relations in those years were officially considered quite warm.

At the same time, Finland, for the sake of the West, already grossly violated international law, recognizing the independence of the province of Kosovo in the spring of 2008.

In the subsequent period, the Land of a Thousand Lakes no longer concealed its pro-NATO orientation, openly conducting exercises with members of the alliance. In addition, Finland openly supplies its weapons to the Kyiv authorities.

Back in the summer, Finnish media reported that the country's Defense Forces were buying the latest anti-tank ammunition for the Leopard 2A6 in Germany. In addition, a contract continues to be implemented for the supply of a thousand lakes of American F-35 fighters to the Country of Lakes, which should replace the aging F / A-18. The deal to acquire the F-35 is considered the most expensive purchase of the armed forces of the Republic in their entire history.
Reporterin Yandex News
Reporterin Yandex Zen
6 comments
Information
Dear reader, to leave comments on the publication, you must sign in.