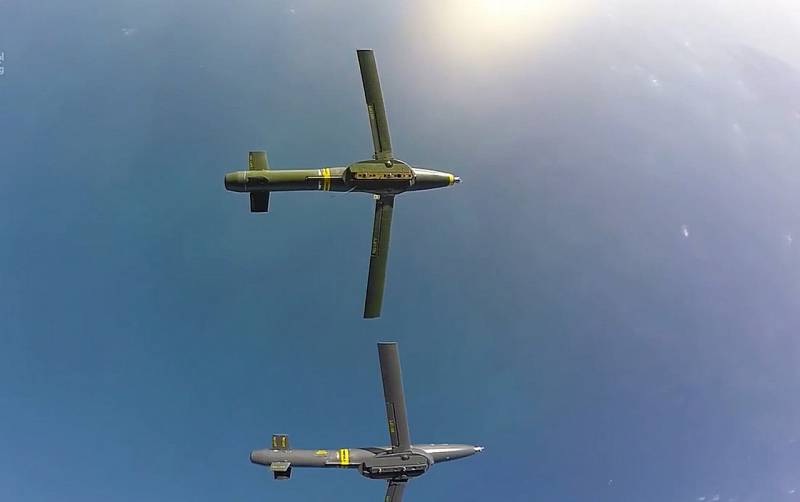 One of the main problems why the SVO did not go quite the way we would like is that Russian aviation was not able to gain complete air supremacy, although the opposite was initially claimed. Desperate in their audacity, the actions of the Russian Aerospace Forces raise many questions about why this happened.


The simplest answer would, of course, be to refer to the opposition from the Ukrainian air defense, which could not be completely knocked out in the first days after the start of the special operation, and now it is only intensifying due to the supply of modern NATO-made air defense systems. Because of it, Russian strategic bombers are forced to strike with expensive long-range missiles, being far outside the range of enemy air defenses. However, this will only be a half-truth.

The full truth is that the special operation of the Russian Aerospace Forces was approached not only without developed tactical unmanned aircraft, but also in fact without much-needed adjustable bombs that would allow air strikes without entering the Ukrainian air defense coverage area. On the Internet, you can watch videos in which our front-line aviation aircraft are simply forced to operate at ultra-low altitudes in order to drop ordinary "cast iron" bombs on the heads of the enemy. At the same time, the Russian Su-25, Su-30SM and Su-34 substitute the "belly" not only for air defense systems, but also for conventional MANPADS. We are trying not to advertise the losses of the Russian Aerospace Forces, some figures can be found in enemy sources, therefore they should be treated with a certain distrust. However, Russian pilots appear periodically in the lists for the exchange of prisoners of war, this is a fact.

Could something have gone differently, and can something be done right now to correct this situation?

The need to create corrected aerial bombs (KAB) has been recognized for a very long time, primarily in the United States. The Americans, the world's main aggressors, faced many problems in the operations of their aircraft during Operation Desert Storm. On the one hand, Iraq had some sort of air defense system. On the other hand, the use of laser-guided bombs turned out to be complicated by difficult local conditions - the content of fine dust in the air in large quantities, smoke from fires due to burning oil, etc.

The result of a system analysis was a joint project of the US Air Force and the US Navy to convert conventional free-fall bombs into adjustable ones. To do this, each is equipped with a computer with navigation equipment, a set of wings mounted in the middle part of the bomb, and a tail unit with controllable plumage, allowing it to maneuver. The guidance of the KAB dropped from the aircraft to the target is carried out using an integrated inertial guidance system paired with a GPS receiver with improved accuracy. The range of its action is 15 nautical miles (28 km) from the point of discharge, the value of the circular probable deviation is 11 meters. When bombing from high altitudes at supersonic speeds, the range of destruction increases. For example, an F-22 fighter from a height of 15 kilometers at a speed exceeding the sound speed was able to hit a target of a 454-kilogram KAB at a distance of more than 44 kilometers.

The project was called JDAM (Joint Direct Attack Munitions), and as of 2016, the Pentagon ordered 15 kits from the Boeing manufacturer to re-equip free-falling bombs into adjustable ones. It should be recognized that this is a vivid example of a rational approach to available resources, worthy of emulation. And how are things going with the KAB here, in Russia?

We decided not to bother with the conversion of free-falling bombs into adjustable ones, but to immediately create a “corrected aerial bomb of 500 kg caliber, satellite guidance”, or KAB-500S.

The layout of the Russian KAB was first presented in 2003 at the MAKS exhibition of the State Research and Production Enterprise "Region" (now part of the Tactical Missile Weapons Corporation or KTRV). The ammunition is intended for the destruction of stationary objects with coordinates known in advance - command posts, warehouses, industrial enterprises, infrastructure facilities, as well as ships in parking lots. The length of the bomb is 3 m, the maximum body diameter is 400 mm, and the wingspan is 750 mm. To ensure the required aerodynamic characteristics, the bomb is equipped with a set of planes, X-shaped stabilizers and wings with rudders. The permissible height of the KAB-500S release is in the range from 500 m to 10 km, the speed of the carrier aircraft during the release is from 550 to 1100 km / h, the circular probable deviation is not more than 5-10 m. The bomb received a control system, the main element of which is a receiver indicator navigation systems PSN-2001.

Despite the fact that the Russian KAB project successfully reached the testing stage, in 2012 it faced opposition from the RF Ministry of Defense. How told back in 2015, "Military Review", some unnamed forces within the military department were not satisfied with the price of KAB-300S at 3 million rubles apiece (100 thousand dollars at the then exchange rate), and they considered that Su-24 or Tu-22M3 bombers with modern sighting and navigation systems are capable of providing acceptable bombing accuracy even when using unguided weapons.

Also, as the reason for the refusal, the insufficient distance that the Russian KAB is able to overcome from the place of discharge, which is from 6 to 8 kilometers, was called, that is, the aircraft would not have been able to avoid entering the enemy’s air defense coverage area. Despite this, for some reason, India is still interested in the export version of the Russian KAB-500S-E bomb. During the operation of the Russian Aerospace Forces in Syria, apparently, export versions of our KAB were used against terrorist positions.

It is quite obvious that we approached the NMD without the corrected bombs that we needed so much. The fact that this direction for the Russian military-industrial complex will now become a priority is beyond doubt. However, we must fight right here and now, saving the lives of our pilots. Therefore, it seems right to buy from friendly Iran an experimental batch of Yasir guided glide bombs, with which the Persians learned to hit targets at a distance of up to 50 kilometers from the drop point. This will allow the Russian Aerospace Forces to operate in the Ukrainian sky without entering the coverage area of ​​most air defense systems, radically increase the effectiveness of strikes and save expensive aircraft and even more valuable pilots.

It is already too late to have complexes about technological dependence on the Islamic Republic, you just need to win and draw conclusions.
Reporterin Yandex News
Reporterin Yandex Zen
11 comments
Information
Dear reader, to leave comments on the publication, you must sign in.