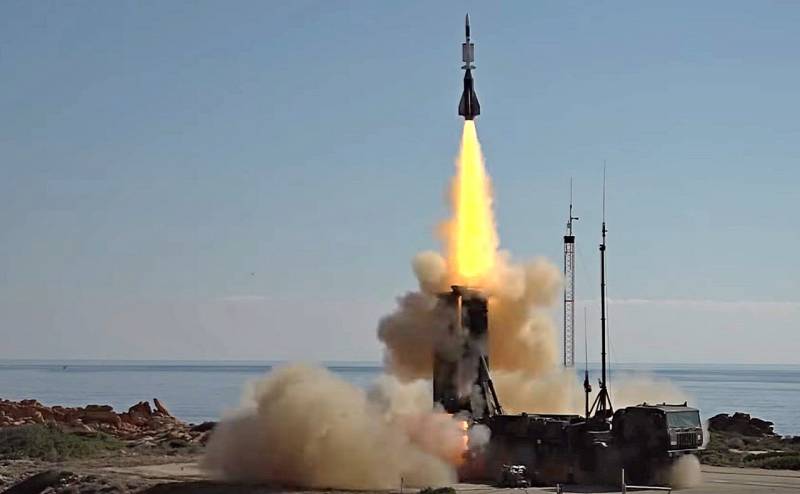 France and Italy have decided to jointly supply Ukraine with the most advanced SAMP-T air defense systems. These complexes are the basis of the air defense of a number of European countries and have entered service quite recently.


The air defense of the Armed Forces of Ukraine is currently represented by a hodgepodge of various unrelated Western-made air defense systems and the remnants of the Soviet Buk and S-300. SAMP-T systems can be integrated with most modern air defense systems in service with NATO, including IRIS-T provided to Ukraine by the Germans, as well as with American NASAMS.

The SAMP-T includes an 8-missile launcher mounted on an Italian IVECO chassis or on a French Renault. Anti-aircraft missiles of the system correspond to modern parameters of warfare. The launcher is capable of firing all 8 missiles in 10 seconds, hitting targets at altitudes up to 25 km. Aster-30 missiles, which reach speeds of up to 1,5 km / s, are practically invulnerable to most types of electronic warfare.

The main disadvantage of this air defense system is its cost, which is about half a billion dollars per unit. Therefore, the use of expensive missiles of the complex against cheap Russian Geraniums is economically inefficient. The Russian Iskanders flying along a quasi-ballistic trajectory are also inaccessible to the French-Italian air defense systems. However, for aircraft and helicopters of the Russian Aerospace Forces, as well as for the Caliber and Kh-101 cruise missiles, this air defense system will pose a serious danger.