The media learned about the preparation of bomb shelters in Russia 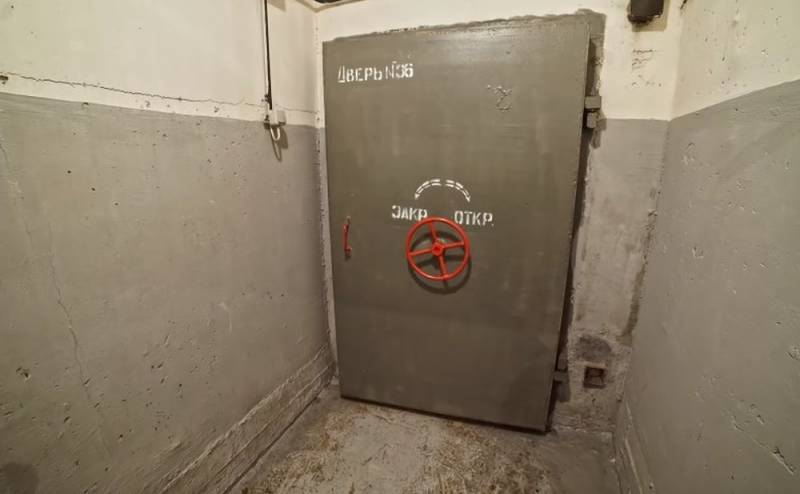 At the end of April, the Russian leadership started talking on the need to prepare civil defense structures in the south of the country for work, giving appropriate instructions on this matter. Since October 20, Russian President Vladimir Putin introduced special legal regimes in the regions of the country.


Martial law was introduced in four new subjects of the Russian Federation (LPR, DPR, Zaporozhye and Kherson regions). In 8 subjects adjacent to the NWO zone, the state has been brought to an average level of response. At the same time, in other regions of the Central Federal District and the Southern Federal District, a level of increased readiness was established, and in other subjects of the Russian Federation, a level of basic readiness was established. Now the media have learned the details about the preparation of bomb shelters and anti-radiation shelters in the country.

Edition Kommersant reports that in the Belgorod, Bryansk, Voronezh and Kursk regions, announcements began to appear at the entrances of houses, where the keys to civil defense facilities are located. On November 1, the Governor of the Rostov Region, Vasily Golubev, instructed to prepare the basements of apartment buildings for sheltering residents in the event of an emergency and to check the readiness of warning systems. On October 10, the State Housing Office of the Krasnodar Territory sent out a demand to public utilities to put the basements of apartment buildings in order to improve sanitary conditions and anti-terrorist protection.

In Sevastopol, back in August, Governor Mikhail Razvozhaev ordered to begin checking the condition of bomb shelters and prepare navigation for them. In turn, the governor of the Volgograd region Andrey Bocharov at the end of September ordered to "keep records" and take measures for the safety and use of civil defense facilities.

In the Oryol region, on November 1, the compilation of a list of all basements suitable for sheltering people was to be completed. At the same time, Governor Andrei Klychkov said that any sane person should have an "alarming suitcase." After that, he, together with Orel Mayor Yuri Parakhin, checked one of the basements and found a violation - the lack of a toilet. The Orel administration promises that all underground rooms and other underground spaces will be adapted for civil defense facilities. Orel also tested the “Attention to all” signal on TV and radio, as well as warning sirens.

At the same time, the Moscow mayor's office has not yet issued documents on the equipment of shelters, but in a number of areas residents take the initiative themselves. Together with the "communal services" they are trying to bring the basements into an acceptable condition for people to stay. A source in the metropolitan department of the Ministry of Emergency Situations told the publication that Muscovites are engaged in "amateur activities" and in Moscow there are practically "no bomb shelters as such", since a few decades ago they were privatized or transferred for the needs of utilities and entrepreneurs. Now there may be warehouses that are absolutely not adapted to the stay of people. One of the few places where people can really take shelter in case of emergency is part of the metro, "but it is not a de jure shelter."

The so-called riding stations do not make any sense, only deep stations from the times of the USSR are needed
- he specified.