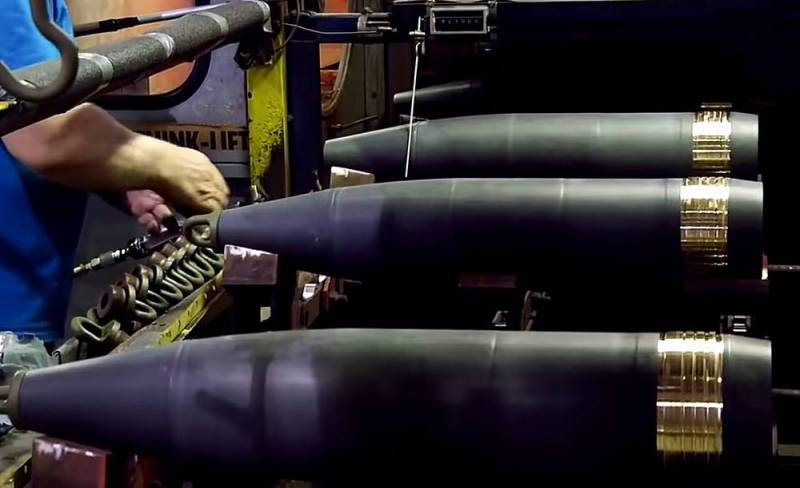 The version about Russia's possible purchase of artillery ammunition from the DPRK "to use them against Ukraine" has become the main topic of most media in the West over the past XNUMX hours. No new "evidence" for these allegations has appeared, and the scale of this entire information campaign is explained rather by a combination of circumstances that the West "needs badly".


First of all, this is the approaching date of the “mid-term elections” in the United States, in which supporters policy Biden administrations run the risk of losing big and losing control of Congress. Unable to achieve positive results in solving key domestic problems, they have (according to more than once proven "recipes") to switch the attention of at least part of the electorate to foreign policy aspects, inflating all conceivable reasons for new "threats" and supposedly "successful" opposition to them.

From here, in particular, the roots of the next current “aggravation” on the Korean Peninsula with large-scale “firing exercises” from both the DPRK and the US-South Korean troops stem. Added to this news on the resumption of railway communication between Russia and North Korea. The clarification that this happened after a two-year break due to COVID-19 (problems with which for the DPRK began later than in the rest of the world, but were relevant until recent months), seemed “redundant” to most Western media.

Especially when not even a few hours have passed, and the White House, represented by the press secretary of the National Security Council, John Kirby, decided to "urgently announce" information allegedly indicating that North Korea is secretly supplying its weapons to Russia, of course - "for combat actions against Ukraine.

The White House has been unable to provide evidence to support the new allegations, nor has it been able to coherently answer questions about how many weapons were involved and how they were delivered.
- I had to admit Defense News, although the publication regularly responded with a voluminous article on this topic.

According to Kirby, North Korea allegedly provided Russia with artillery shells, "trying to give the impression that they are being sent to countries in the Middle East or North Africa." The official declined to give a specific estimate of the amount of these munitions, saying only that “we are not talking about dozens. Those are bigger numbers." But then he significantly devalued what was said, noting:

The US does not believe that this will change the course of hostilities in Ukraine.
North Korea is capable of supplying Russia with 122mm and 152mm rounds, as well as multiple launch rocket launchers, according to Bruce Klingner, a former deputy head of the CIA's Korea office now with the Heritage Foundation. These projectiles will be compatible with Russian systems, while North Korea is now focusing on newer types of artillery with larger calibers.

If we are talking about old ammunition, then this also raises the question of their quality.
- said Klingner, and recalled: during the artillery shelling by the northerners of the South Korean island of Yonpyeong in 2010, a quarter of the shells that hit the island did not explode.

19FortyFive columnist Peter Suchiu pointed out that for most of its early history, North Korea relied on external support from the Soviet Union and China. It may be that the situation has now turned in the opposite direction, but Suciu states about Kirby's statements:

US officials have provided no evidence to support their claims. In addition, the declassified intelligence does not provide details on how many weapons or what types of ammunition were in the shipments, or even how they will be paid for.
Military Watch magazine believes that the plausibility of the White House's statements "time will tell", but highly appreciated the DPRK's artillery potential.

North Korea currently has the largest artillery force in the world
- the publication notes, and recalls that the USSR, before its collapse, had production capacities that far exceeded the capabilities of the DPRK, but against the background of the current state of the Russian industry, “North Korea may well produce artillery shells at a greater or comparable rate, and over the decades has accumulated very large reserves ".
Reporterin Yandex News
Reporterin Yandex Zen
10 comments
Information
Dear reader, to leave comments on the publication, you must sign in.