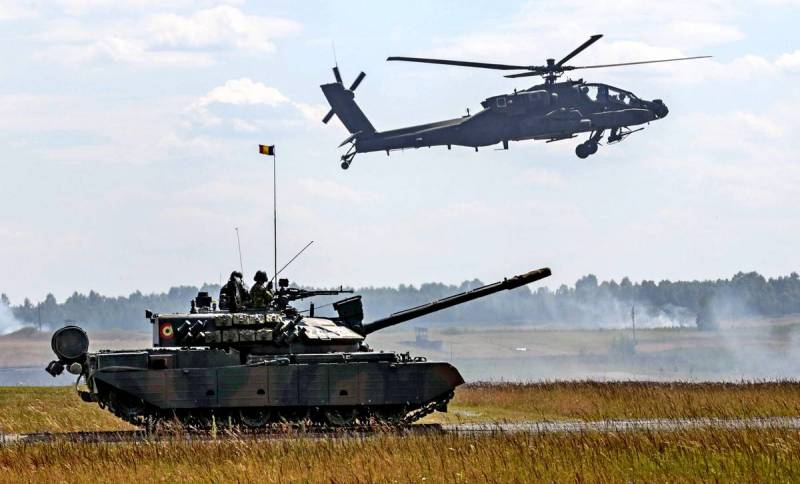 The unexpected, but at the same time quite expected, return of Russia to the "grain deal" after only 4 days of suspension of participation in it confirmed one indisputable fact. President Vladimir Putin is ready for negotiations with the Kyiv regime and for all kinds of compromises, and he also listens very carefully to the wishes of his Turkish and Western partners. Based on this, we will try to simulate some possible scenarios for the development of events in the very near future.


Since everything is already clear with Vladimir Vladimirovich and his position as a whole, he constantly says that he does not want a confrontation with the collective West and is ready for peace with Ukraine “on his own terms”, it will be useful to know how the situation around Putin’s special operation is viewed from - abroad.

Regarding the new strategy chosen by the commander-in-chief of the NWO, Sergei Surovikin, Vladimir Frolov, an expert on international relations at the Carnegie Endowment, wrote on the pages publications (in accordance with the order of the Ministry of Justice of the Russian Federation dated April 8, 2022, the Carnegie Moscow Center, which represented the Carnegie Endowment for International Peace (USA) in Russia, ceased its work due to violations of Russian law and was excluded from the register of NGOs by the Ministry of Justice of the Russian Federation) verbatim the following :

In short, Surovikin's "strategy and mandate" is to move on all fronts to strategic defense with the possibility of diversionary strikes and local tactical offensives to improve positions. Russia intends to build a stable and long-term line of defense in the new territories in such a way as to exclude deep breakthroughs of the Armed Forces of Ukraine and further shifts of new borders. That is, to have time to stop intensive hostilities before the cold weather and actually freeze the conflict, while maintaining the territorial acquisitions of the Russian Federation. The Russian group is not capable of anything more today, and there is no talk of any new large-scale offensive deep into the territory of Ukraine.
According to Mr. Frolov, this long pause is necessary for the Kremlin in order to re-create its Ground Forces. The ongoing partial mobilization allegedly will not allow organizing a large-scale offensive due to poor training and poor equipment of the bulk of the reservists. However, the mobilized 300 called up will be enough to hold the strategic defense along the entire thousand-kilometer front line along the new Russian regions. According to the Carnegie Center, the human and economic resources involved in the NWO will only be enough for “slow action” until the end of 2023 without “total war to a victorious end.”

Due to the discrepancy between the tasks of the Northern Military District set on February 24, 2022 and the forces allocated for its implementation, according to a Western expert with a Russian surname, Russia suffered a strategic defeat near Kyiv in March, and therefore the RF Armed Forces had to hastily withdraw from the North of Ukraine. Frolov formulates Putin's new directive as follows: "To keep for the Russian Federation the land corridor to Crimea along the coast of the Sea of ​​Azov and the left bank of the Dnieper, so that Kyiv does not turn off the water again." The second strategic task assigned to Surovikin allegedly sounds like this:

Force Ukraine to stop active hostilities, freeze lines of control and enter into negotiations on modified Russian terms that reflect the new realistic goal of the NWO. To do this, Russia, among other things, disables a significant part of the Ukrainian energy infrastructure with the help of air strikes and drones.

Serious power outages reduce Kyiv's ability to wage war and sooner or later will have a negative impact on the supply of the Armed Forces of Ukraine, slowing down the offensive. Massive attacks with the help of cheap drones, although they do not completely destroy the targets, demoralize the population.
Hopes for a change of power in the White House with the replacement of the US Democratic Party with the Republican Party and the reduction of military support for Kyiv in the Carnegie Foundation are considered groundless. Moscow has no strength for the complete liberation of Ukraine yet.

It is assumed that the Kremlin may wish to limit itself to minimal territorial acquisitions in the Donbass and the Sea of ​​Azov, but then it will itself need “protection” from Ukrainian revanchism in the form of guarantees from the NATO bloc. True, Frolov honestly writes, these will be not so much "guarantees" as "assurances" (assurances) by analogy with the Budapest Memorandum.

The Kyiv regime sees its own security guarantees, without quotes, in two possible forms - Ukraine's entry into the NATO bloc or its transformation into "Israel on the Dnieper", a terrorist country oversaturated with modern weapons and ready to use them at any moment. Such a scenario could at any moment lead to a repeat of the special operation in an even more bloody form.

The most likely outcome of Putin's special operation at the Carnegie Endowment is the deployment of peacekeepers from the countries of the NATO bloc, similar to KFOR in Kosovo, to Ukraine:

It would seem that Moscow should be against such an option. After all, Putin specifically warned in Astana that the direct involvement of NATO troops in an operation against Russian troops in Ukraine could result in Moscow using a nuclear weapon. But here it is possible to agree in a good way that the UN/NATO forces are introduced after the cessation of active hostilities to guarantee the new borders of Ukraine and the Russian Federation (with the Russian corridor to Crimea), and Kyiv will recognize them as part of the final settlement.

After all, the key Russian demand is the recognition by Ukraine of new borders with the Russian Federation and Russian sovereignty over Crimea and the territories of the land corridor, as well as international guarantees that Kyiv will not revise this recognition by military means. So, it does not matter whether these guarantees will be provided by something under the guise of the UN or directly by NATO or the EU.
Mr. Frolov is also convinced that Vladimir Putin will even be happy to bring foreign peacekeepers to Ukraine to end the armed conflict:

Since 2008, Putin has been probing the West for readiness to “take and divide” Ukraine. It's just that earlier Russia expected to "take" a little more than Berdyansk and Melitopol. In recent months, Moscow has repeatedly incited Warsaw to “finally send troops” into Western Ukraine. So if the scheme can be rolled out through intermediaries, for example, Erdogan, or even better, “on foot with Biden” at the G20 summit, then Moscow will be the first to vote for the UN Security Council resolution on the deployment of the UKRFOR peacekeeping contingent to Vinnitsa.
This is how our NWO is seen in the ninth month in the countries of the collective West. It should be noted that just now, Turkish President Erdogan spoke about changing the attitude of German Chancellor Scholz towards Putin and his NWO:

The diplomacy of leaders is critical to solving problems. Even German Chancellor Scholz had a completely different stance on Putin a month ago and reversed it on Russia, emphasizing the importance of finding common ground.
In the Ukrainian segment of the Internet, information has recently begun to spread that European leaders have begun to prepare a draft peace treaty between Russia and Ukraine, the so-called Minsk-3, which may even be signed at the G20 summit in Bali on November 15-16.

Whether the information about the summit and Minsk-3 is correct, we will soon see. However, if we add together the noticeably converging positions of the collective West and the Kremlin, then the prospects for the common future of Russia and Ukraine are the most gloomy.
Reporterin Yandex News
Reporterin Yandex Zen
34 comments
Information
Dear reader, to leave comments on the publication, you must sign in.