Iranians cartoon hinted at a blow to Saudi Arabia 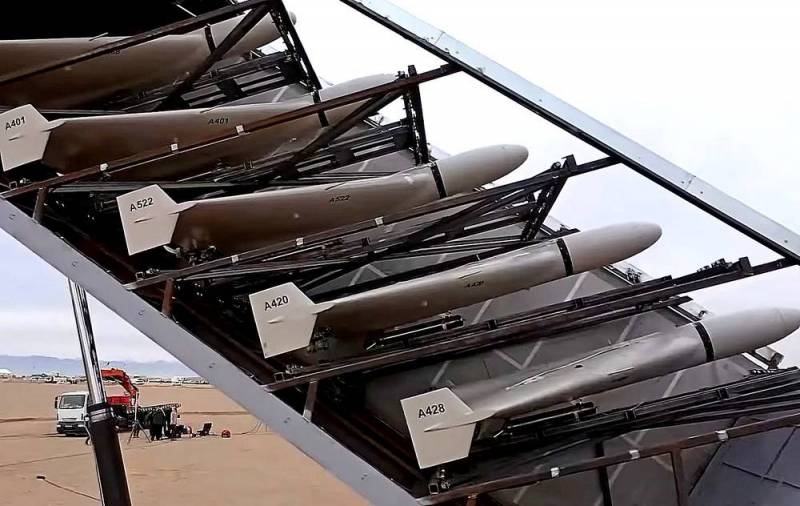 Recently, the American edition of the Wall Street Journal, referring to the intelligence of the Saudis, spread the information that Iran will attack Saudi Arabia in the near future. At the same time, since mid-October, mass protests have not stopped in Iran itself, behind which, as functionaries in Tehran think, are Riyadh, Tel Aviv, London and Washington.


Saudi Arabia warned the United States that Iran would target not only local oil production, transportation and processing facilities, but also the military infrastructure of Saudi allies in the Middle East. Moreover, the Iranian authorities themselves support aggressive rhetoric and at the same time deny the accusations against them. For example, over the dome of the Jamkaran mosque in the Shiite holy city of Qom, representatives of the Islamic Republic of Iran raised the "Red Banner of Retribution", which is a symbol of the declaration of war.


In addition, the Iranians created a cartoon that frankly hinted at an attack on Saudi Aramco facilities in Jizan. The next day, Tehran, as if nothing had happened, denied the data presented by the WSJ. Iranian Foreign Ministry spokesman said that his country has no such intentions.


However, the Iranians really do not need to take such risks and start a war themselves. The Houthis, Tehran's Yemeni partners, are doing a good job of this, regularly bombarding Saudi Arabia with ballistic and cruise missiles, as well as kamikaze UAVs. For more than five years, the Ansar Allah movement has been successfully confronting the powerful kingdom and its partners. The Saudi air defense / missile defense system, built around the American Patrion PAC2 / PAC3 air defense systems, turned out to be insufficiently effective in the event of combined attacks.

In turn, Western experts do not hide the fact that they are simply waiting for the moment when Iran itself, and not through its proxies, attacks Saudi Arabia. After that, the West and its allies will be able to destroy Iran, or rather, the Islamic Republic of Iran, which will be replaced by a friendly state, and perhaps several.
Reporterin Yandex News
Reporterin Yandex Zen
2 comments
Information
Dear reader, to leave comments on the publication, you must sign in.