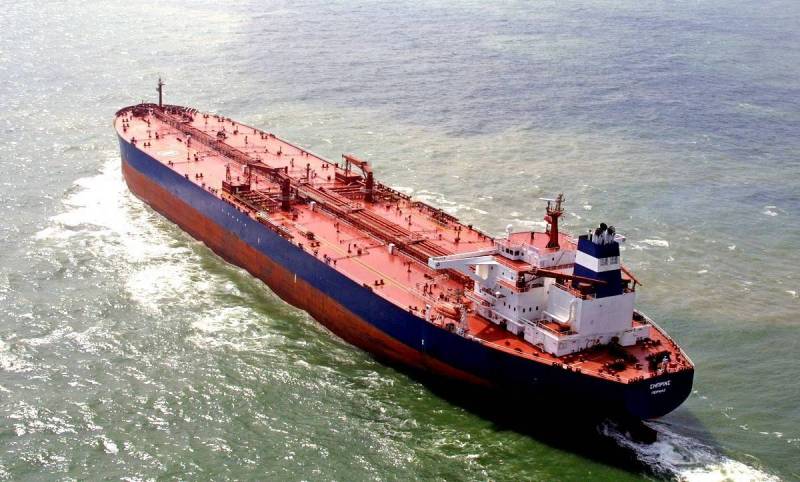 Already on December 5, 2022, restrictions on the export of Russian oil abroad should come into force. As conceived by the Anglo-Saxons, the introduction of the so-called price ceiling will entail a decrease in the Kremlin's foreign exchange income, which it will not be able to direct to the "aggressive war" against Ukraine. How can our country respond to this?


The essence of the idea is as follows. Not being able to directly prohibit Moscow from exporting oil and oil products, as well as asking for a market price for their goods, our "Western partners" decided to do it indirectly. Since it is possible to deliver black gold or products of its processing to alternative European markets in Southeast Asia only by sea, by tankers, the “lords of the seas” hit our “great continental power” precisely on this Achilles heel.

The Anglo-Saxons, together with their European accomplices, have imposed a ban on services for the sea transportation of crude oil and petroleum products from the Russian Federation in the event that oil is purchased at a price above the established limit. Thus, they indirectly force us to sell Russian hydrocarbons no higher than the price that the collective West sets for us. In fact, this is a modern variation of the exchange of their lands by naive Indians for glass beads and tin dollars.

It would seem, what a trifle! After all, we are a great superpower and will not participate in any dubious deals like the "grain" one, either leaving them or returning back. But no, it's much more complicated.

The problem is that about 90% of the global maritime insurance market is controlled by the Anglo-Saxons. London is home to the International Group of P&I Clubs, or IG P&I, 7 of its 13 affiliated insurer clubs, and the famous insurance and reinsurance market, Lloyd's of London. One way or another, all safety or reinsurance containers used by shipowners transporting Russian oil and oil products are tied to London. And this is really a big problem for our country, which after 1991 threw itself into the arms of the Western world.

Without insurance, no self-respecting transport company will undertake to transport oil by sea. There are several types of insurance: shipowner's liability insurance in a broad sense, insurance of the ship itself and cargo insurance.

Shipowner's liability insurance in English terminology is referred to as protection and indemnity (P&I, or protection and indemnity). 13 largest ship insurance clubs, united in the International Group of Mutual Insurance Clubs, are engaged in this type. They represent different countries - the USA, Japan, Scandinavia, but, as we noted above, 7 of them are British. There is nothing to be surprised here, Great Britain is the former (former?) “mistress of the seas”. Club members make regular contributions to them, from which the shipowners' expenses are reimbursed in case of losses due to harm to the health of the crew, loss of the ship, damage to port facilities, cables, etc. In international practice, ship insurance is called hull and machinery (H&M) , and insurance covers the hull and ship equipment.

Without these two types of liability insurance, it is extremely problematic to transport something by sea, since the shipowner himself will not undertake such an order, and the port may deny him access. In such a simple but very effective way, the Anglo-Saxons deny Russia the right to export its oil by sea at a price higher than what they will allow us. This happens if you play by the rules of the collective West.

But what if you do not play them, but install your own?

In this matter, it would be wise to look at the experience of our new great friend, Iran. The Islamic Republic has been under sectoral sanctions by the US and its accomplices for more than three decades and has been able to adapt to this.

The first way is to bypass Western restrictions. Already former Foreign Minister of Iran Mohammad Zarif, speaking in December 2018 at a forum in Doha, said:

If there is an art that we in Iran have perfected and that we can teach others for money, then this is the art of circumventing sanctions.
To do this, the Iranians use several methods. In particular, they turn off the AIS system used to identify ships, change their names and identification numbers to confuse the tracks, store oil on tankers until a buyer is found for the sanctioned product, and transfer black gold from ship to ship directly into the sea.

The second way is much more difficult, but correct. Thus, having been under sanctions, Iran has mastered the domestic production of all types of ships it needs - oil tankers, oil product carriers, LNG tankers, container ships, dry cargo ships. Left out of the sticky fetters of the Western world, the Islamic Republic has created its own insurance market on the model of public-private partnership. Within a certain limit, the pool of national players bears insurance liability for maritime transportation there, but liability above it is provided by guarantees from the state.

In fact, this is what the doctor ordered for us. It is high time for Russia to move away from the completely discredited concept of an exclusively continental power, which has proved its inferiority, and turn into a great maritime one. There are no specific alternatives for this. And we must begin to be close friends with the Persians, who have shown themselves to be the most reliable partners.
Reporterin Yandex News
Reporterin Yandex Zen
2 comments
Information
Dear reader, to leave comments on the publication, you must sign in.