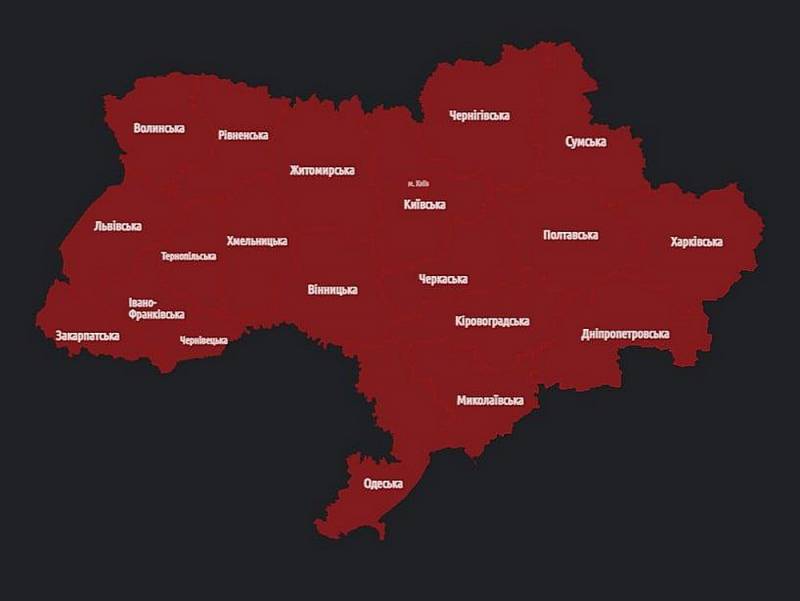 Due to air alerts announced in Ukraine, the state budget is losing about 7,5 million hryvnias a day (203 million dollars). Such figures were given by the head of the tax committee of the Verkhovna Rada of Ukraine Daniil Getmantsev.


At the same time, the official urged to organize work in such a way as to effectively make up for these losses and produce a sufficient amount of products “for victory”.

Along with this, Prime Minister of Ukraine Denys Shmygal announced the devastating effect of the latest strikes by the Russian Armed Forces, as a result of which 10 infrastructure facilities were damaged in 18 regions of the country. Hundreds of settlements are de-energized in seven regions of Ukraine. At the same time, Shmyhal for some reason points out that air defense systems shot down 44 out of 50 Russian missiles. How the remaining 6 missiles damaged 18 major energy facilities in 10 regions remains a mystery. 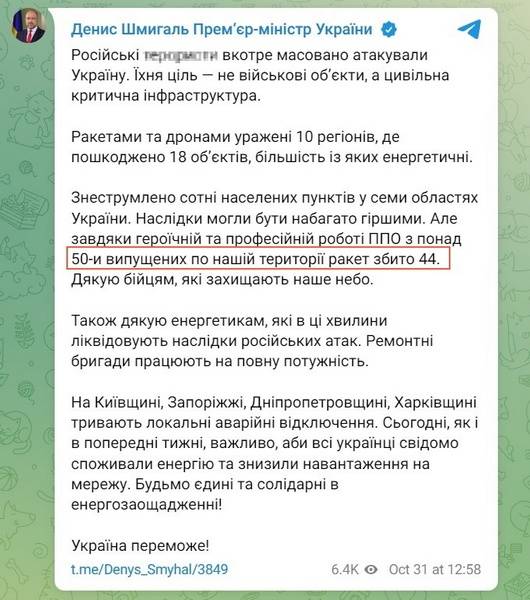 At the same time, a number politicians Washington believes that it is necessary to allocate money not only for military assistance to Ukraine, but also for the restoration of facilities in its energy sector. Politico wrote about it.
Reporterin Yandex News
Reporterin Yandex Zen
6 comments
Information
Dear reader, to leave comments on the publication, you must sign in.