The US Congress called for the destruction of "Orthodox Russia" 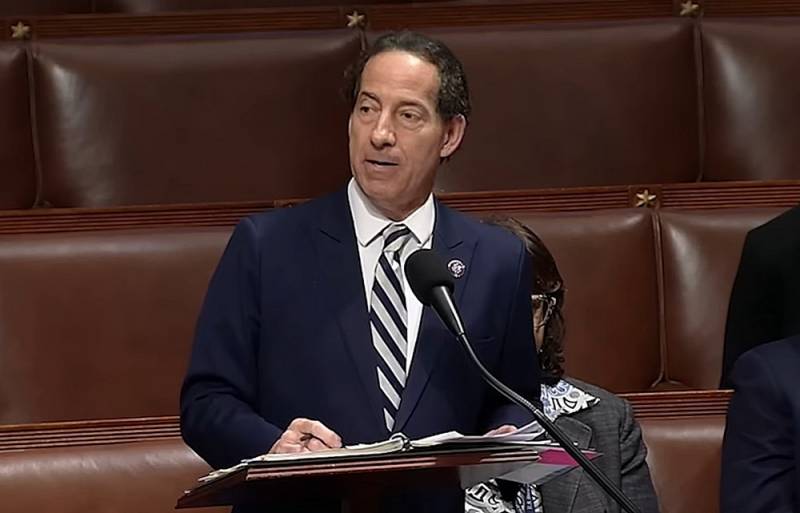 US congressman from Maryland Jamie Raskin called for the destruction of Russia for its commitment to Orthodoxy and traditional values. According to the parliamentarian, since the Russian Federation is “the center of anti-gay, anti-feminist and anti-transgender hatred”, it should not be on Earth.

Russia is an Orthodox country professing traditional values. That is why it must be destroyed, no matter what price the US pays for it.
- Carlson Raskin quoted.

At the same time, as the moderator noted, many in Washington agree with this idea.


Czech Prime Minister Petr Fiala also spoke about the "importance" of the fight against Russia. He believes that Europe should continue to provide assistance to Ukraine, because "without a free Ukraine, there can be no free Europe."

Meanwhile, according to Le Figaro, distrust is growing in the US policy Kyiv's support, and Washington may reconsider its priorities after the midterm congressional elections.

Since the beginning of the military confrontation between Russia and Ukraine, the United States has allocated about $ 40 billion to the latter - more than was provided in 2020 to Israel, Afghanistan and Egypt (the three largest recipients of American aid) in total.
Reporterin Yandex News
Reporterin Yandex Zen
8 comments
Information
Dear reader, to leave comments on the publication, you must sign in.