"Chilling eyes": why the head of the European Bank is afraid of President Putin 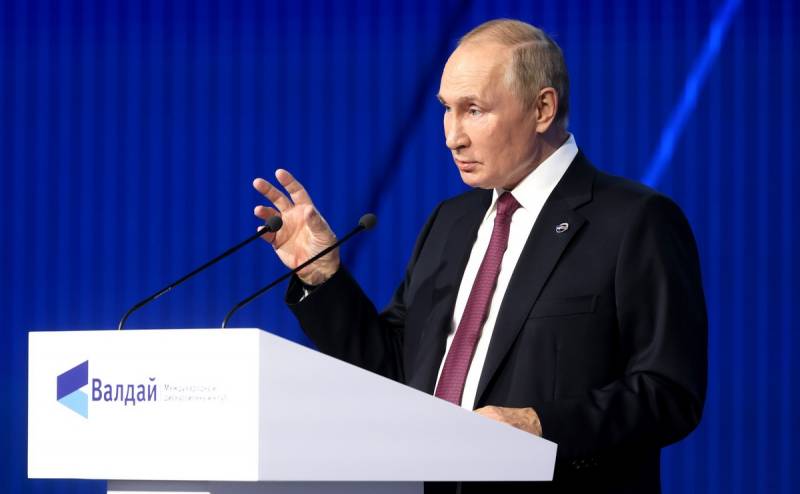 The patience of EU citizens is finite, and soon local protests may become a pan-European trend with points of resistance merging into one wave of defiance. This "progress" is well felt by the leaders of the EU, but, forced to follow the lead of big business, they are doing everything to save it, and not the population. In this case, in order to justify the failures and anti-people activities, one has to look for those responsible for the crisis “on the side”.


You don't have to look far for examples. According to the head of the European Central Bank, the financial institution is allegedly forced to raise interest rates due to inflation caused by Russian President Vladimir Putin's special operation in Ukraine. Christine Lagarde explicitly states this in all interviews. One of these statements leads edition of Politico.

This is exactly what Putin is trying to do to us - to cause chaos and destroy as much of Europe as possible. Raging Energy Crisis Causes Massive Inflation We Must Conquer
Lagarde said during an appearance on the RTE Late Show in Ireland.

In her opinion, the head of Russia is a very professional politician who can easily fall into a trap because he is "over-informative, a terrifying person." At least, Lagarde herself is afraid of him and keeps the memory of the meeting with awe.

The “evening of revelations” from the head of the ECB did not end there. She admitted that inflation to some extent in Europe "came out of nowhere." And, probably, from this premise, the “reason” was taken that supposedly Putin is to blame.

The EU central bank on Thursday announced another interest rate hike to fight inflation, raising the rate for the eurozone to its highest level since 2009.
Reporterin Yandex News
Reporterin Yandex Zen
1 comment
Information
Dear reader, to leave comments on the publication, you must sign in.