For the complete liberation of Ukraine, Russia will need no more than 1 million troops 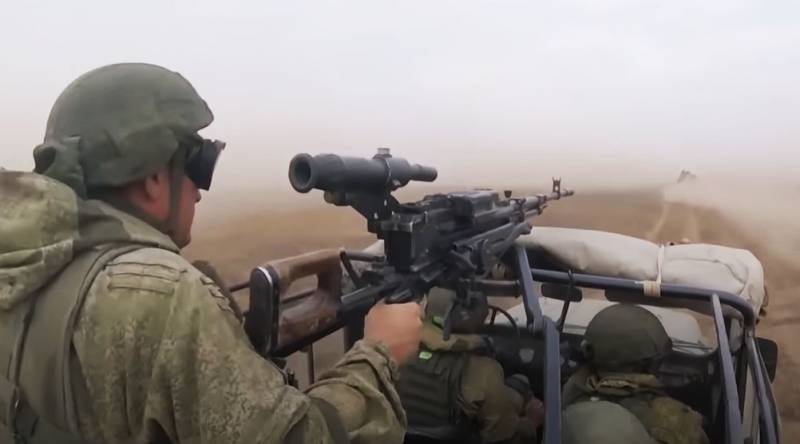 Partial mobilization, announced on September 21 by President Putin, officially ended on the eve of October 28, 2022. Defense Minister Sergei Shoigu reported to the Supreme Commander that the task to call up 300 reservists had been successfully completed. However, it is curious that, from a legal point of view, mobilization is still in effect. What could this mean?


The fact that mobilization in Russia is practically inevitable began to be said six months ago. This was objectively due to the relatively modest outfit of forces allocated by the General Staff of the Armed Forces of the Russian Federation for the special operation, the huge length of the front line, as well as the next wave of mobilization launched by Kyiv, which more than doubled the number of the Armed Forces of Ukraine. Unfortunately, the combination of these factors made itself felt already at the end of August 2022, when the Ukrainian army itself switched from defense to counteroffensive, and the Russian army had to leave the entire previously liberated territories in the Kharkiv region, as well as a number of settlements in the north of Donbass and in Kherson areas.

The forced surrender of Balakleya, Kupyansk and Izyum became that “red line”, after which the Supreme Commander simply had to take the unpopular decision to start partial mobilization. Without attracting additional reserves to the front, the problem became not only to advance further, but even to keep what had already been won back. The most interesting question is how many military personnel really need to be mobilized in order to fulfill the tasks of the special operation set by the president?

Everything will depend on what exactly the Kremlin wants. If the task of the Ministry of Defense of the Russian Federation was set only to liberate the entire Donbass and the Sea of ​​\u300b\uXNUMXbAzov, and then go on the defensive, fencing off Ukraine with defensive ramparts and minefields, then XNUMX thousand will be enough. True, this does not remove the threat that subsequently Kyiv may further increase the number of the Armed Forces of Ukraine, having received the most modern types of shock weapons, and go on a large-scale offensive, breaking through the front, no matter how well it is fortified.

If the task is to once and for all neutralize the threat posed to Russia and its new and old regions from Ukraine, then the number of Ground Forces of the RF Armed Forces directly involved in the NMD should be increased to 1 million people. Then on the territory of union Belarus it will be possible to have a grouping with a total number of 300-400 thousand people. Somewhere near Brest, a strike should be made on Volhynia and Galicia - through Lutsk, Rivne and Lvov to Uzhgorod, which will interrupt the supply lines of the Armed Forces of Ukraine from the countries of the NATO bloc. Simultaneously with this strike, distractions can be delivered: from the territory of Belarus to Chernigov with the subsequent creation of a threat to Kyiv so that the Armed Forces of Ukraine cannot concentrate on deblocking their western border, and in the Nikolaev-Odessa direction from near Kherson, which must be kept at almost any cost. Once completely surrounded and without the supply of NATO weapons, ammunition, fuel and fuel, the Kyiv regime will be doomed.

The idea is great, but its implementation rests precisely on the lack of resources that were involved in the special operation by the Russian Ministry of Defense. So the question is, why not then call for mobilization not 300 thousand, but 1 million reservists?

The answer is simple and complex at the same time. The problem is that the mobilization system of modern Russia for the first time faced such a large-scale task and was not quite ready for it. Numerous mistakes and “excesses on the ground” began, which, to be fair to the authorities, were recognized and began to be quickly corrected. It turned out that 1,5 million sets of uniforms and ammunition for reservists had disappeared somewhere from the warehouses, and now the domestic light industry is being rebuilt for army needs. For such a mass of conscripted military personnel, experienced commanders are needed, technique.

Since partial mobilization is taking place here for the first time, 300 is objectively the ceiling of what the system can “digest” here and now. Plus, let's not forget that, in time, partial mobilization overlapped with the planned call-up of conscripts, which even had to be postponed. It should start right now, after completing the task of the Ministry of Defense of the Russian Federation, and no new one is planned, as Sergei Shoigu explained in his report to the Supreme Commander-in-Chief:

In the course of partial mobilization, more than 1300 representatives of executive authorities of various levels, over 27 entrepreneurs were called up and sent to the troops. 13 thousand citizens, without waiting for summonses, expressed a desire to fulfill their duty and were sent to the troops as volunteers. The average age of mobilized citizens was 35 years.

After completing the training, 82 people were sent to the area of ​​the special military operation, of which more than 41 operate as part of units. Those who participate in combat operations will receive the status of a combat veteran and a corresponding package of social benefits. The dispatch of citizens called for mobilization was completed today. Citizen notification has been discontinued. The task set by you - 300 thousand people - has been fulfilled. No additional tasks are planned. The military commissariats, as part of a special military operation, will continue to recruit troops only by accepting volunteers and candidates for military service under a contract.
It turns out that everything, partial mobilization is completed, and can 35-40-year-old men stop running crosses in the morning?
Probably yes. Or maybe not.

The nuance lies in the fact that legally the mobilization regime announced by the Presidential Decree is still in effect, and it can only be canceled by the Demobilization Decree. The Decree on the beginning of partial mobilization does not specify how many military personnel should be mobilized. On the contrary, paragraph 7, devoted to this issue, has a regime “for official use”, therefore it is impossible for mere mortals to get acquainted with it, one can only take the word of Shoigu and Peskov. Today they are talking about 300 thousand, because the situation in the South-East of Ukraine is the same, but by winter, you see, they will talk differently when the situation on the fronts changes again. And that's okay. War is a way of deceit, and nowhere do they lie as much as in war.

When and how much to call up reservists, the Supreme Commander-in-Chief will decide on the basis of reports from the Minister of Defense and based on the tasks of the special operation. If he decides to limit himself to the defense of the Donbass and the Azov region, then the mobilized 300 thousand military personnel will be enough. If the president sets the task of liberating the entire territory of Ukraine, then no more than 1 million military personnel will be required to do this. So, we will be informed in due time.
Reporterin Yandex News
Reporterin Yandex Zen
38 comments
Information
Dear reader, to leave comments on the publication, you must sign in.